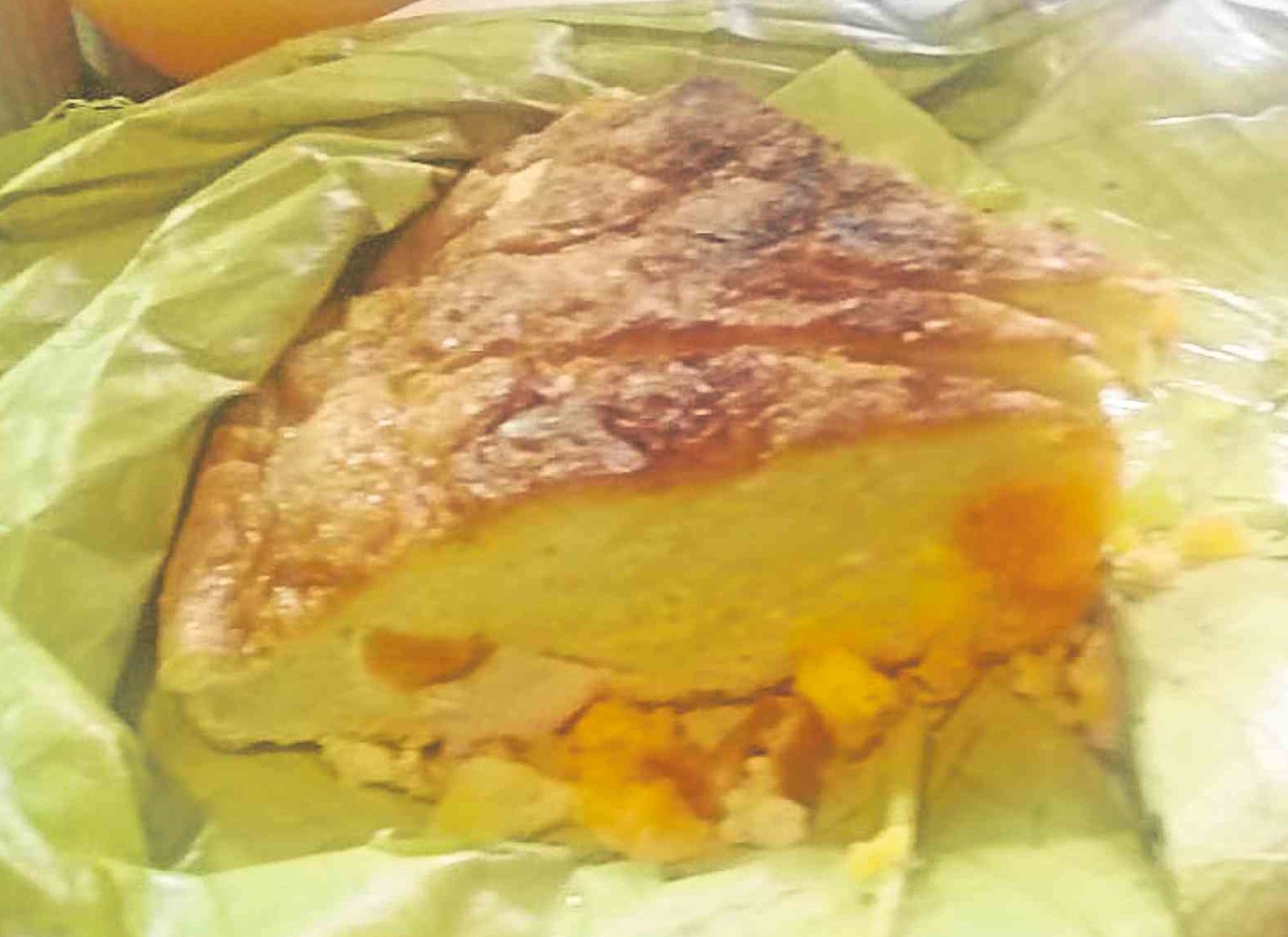 We arrived early in Santa Cruz, Laguna, and had time for breakfast at Ted’s Kitchen.

The serving plate was full of everything we wanted for our first meal of the day—two solid mounds of kesong puti that Santa Cruz is known for, square suman pieces with some thick chocolate sauce to dip those in, some pan de sal and longganisa.

After the meal, we were led to take a rest at Ted’s Bed and Breakfast before the main event.

We were attending “Sa Pantalan, Biyaheng Pangkatagalugan,” a gathering of artisans from neighboring Laguna towns to showcase their own products and crafts. These included bags fashioned from leaves such as pandan from Cavinti, toothpick sculptures from Paete, embroidered wear from Lumban, herbal products from Los Baños, bottled and packaged food from San Pablo.

This food and cultural heritage presentation was the brainchild of siblings Gel and Day Salonga, whose father is Ted, who owns the restaurant and bed and breakfast. The siblings, both chefs, wanted their hometown, and eventually their province, to showcase local products.

It wasn’t easy to convince the other towns, Gel said, because participants were wary that they had to pay for the booth or give a percentage of sales. They had to be reassured that the venue was free, their sales 100 percent theirs, and that buyers from Manila were the customers, some with businesses in need of suppliers.

The venue was the old warehouse where the Salonga family used to store rice.

Why “Sa Pantalan”? We learned that Santa Cruz has its own port, hence, pantalan, where products are brought in or out for transport through the Santa Cruz River and then Laguna de Bay. To keep the event festive, students from several schools exhibited their folk dancing skills.

Food was everywhere. Of course, one cannot leave Santa Cruz without kesong puti—creamy cheese, not too watery and certainly not salty.

Victoria town is known for its duck and eggs processed into balut, penoy (cooked fertilized duck eggs) and itlog na maalat (salted eggs). Its booth had cooked kinulob na itik, young duck boiled in water with a mix of spices and then fried.

But the most intriguing was bibingkang bugok from Santa Cruz, a cake made with rotten eggs. It had an interesting funky taste and reminded me of the Pateros omelet made with abnoy (local slang for the English  “abnormal”), egg in which the chick inside has died.

Gel had her own specialty to sell called “bibingka” cheesecake. While the dessert may not seem Filipino, a closer look shows ingredients like Santa Cruz kesong puti, itlog na maalat, kakang gata and latik (coconut cream and syrup from coconut and sugar). It is a process that Doreen Gamboa Fernandez called “indigenizing.”

The Salongas prepared lunch at a comfortable function room at the site, and then dinner at their restaurant, Aurora Filipino Cuisine. Named after their grandmother, it occupies an ancestral home with a preserved 1950s look.

Minanok caught my eye because its name was similar to the Quezon dish but was totally different. Santa Cruz minanok is banana heart cooked in coconut cream from grated coconut that has been toasted, then paired with maruya or banana fritter. Quezon’s minanok  is stewed carabeef.

There was a fish found only in Laguna de Bay, kanduli, cooked like minanok in toasted coconut cream but flavored with guava. The inalamang baboy is pork stewed in alamang bagoong (fermented krill).

Another fish, dalag (mudfish) was cooked as pesa, which is a mildly soured broth. And just to emphasize that carabeef is favored in this part of the country, there was ginataang kalabaw.

Since Gel is known for her pastries, we looked forward to the dessert. We had the bibingka cheesecake, the brazo de Fernando—one of Inquirer’s “Best Desserts”—that looks more like a cake than a traditional roll, pili sans rival and kesong puti cheesecake.

Our stomachs groaned, and so did our take-home bags.