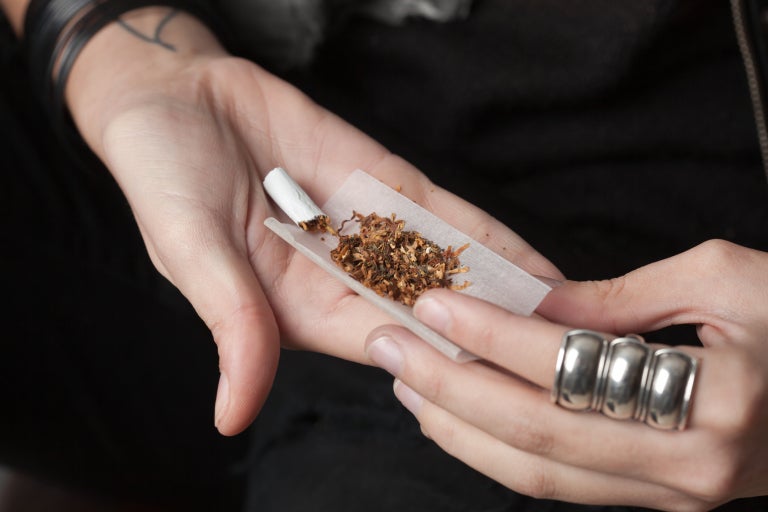 Smokers who roll their own cigarettes are less likely to quit

According to a study conducted by a team from University College London and published in the British Medical Journal (BMJ), people who roll their own cigarettes are less likely to try to quit smoking.

The study found that only 15.9 percent who regularly rolled their own cigarettes were highly motivated to quit, compared to 20.3 percent of those who mainly smoked factory-made cigarettes.

The main reason for this difference appears to be the lower cost of hand-rolling, which is significantly cheaper than smoking factory-made products. Saving money remains an important factor in encouraging smokers to give up their habit.

Data for the study was collected over nine and a half years from November 2008 to March 2018, from 38,000 smokers in the United Kingdom.

More than half of those surveyed (56.3 percent) exclusively smoked factory-made cigarettes while 36 percent limited their consumption to roll-your-own products.

Whereas the overall prevalence of smoking has declined in Britain since the 1990s, the authors of the study are keen to point out that the smoking of hand-rolled cigarettes has increased.

This change may well be caused by the rising price of factory-made cigarettes, with some smokers, who might otherwise be motivated to quit for financial reasons, opting to make their habit more affordable by rolling their own. JB