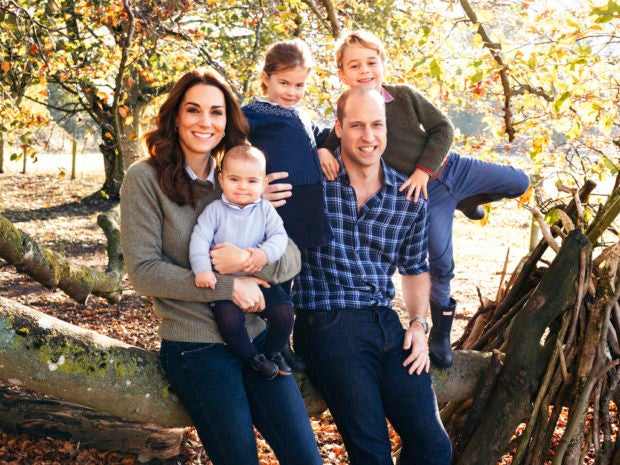 This photo released by Kensington Palace on Friday Dec. 14, 2018, shows the photo taken by Matt Porteous of Britain's Prince William and Kate, Duchess of Cambridge with their children Prince George, right, Princess Charlotte, center, and Prince Louis at Anmer Hall in Norfolk, east England, which is to be used as their 2018 Christmas card. Image: Matt Porteous/Kensington Palace via AP

Kate flourished in Marlborough College, located at the south of England, when she moved there in 1996 after being bullied in her previous school, the Daily Mail reported on Dec. 27.

According to interviews with Kate’s classmates and school administrators, the Duchess of Cambridge had to leave her all-girls private school Downe House in the middle of the school year because she was being teased, reported The Sun back in 2011.

According to her friend Jessica Hay, Kate was 13 at the time and an “emotional wreck.” She was allegedly being teased for being “perfect, well turned-out and lovely.”

When she entered Marlborough, she was quiet and lacked confidence, classmates told the Daily Mail. Her house tutor, Joan Gall, noted that she even had eczema due to the stress.

But it did not take long for Kate to settle in, supposedly because of the nurturing environment of the school. According to Gall, there was a family atmosphere where baking and watching videos—TV show “Friends” was a favorite—were pastimes.

The Duchess, who has an athletic streak, took to hockey and remains friends with her teammates. She was also involved in tennis, swimming, high jump and netball.

In her later teen years, Kate was a campus heartthrob and reportedly had her first kiss with a brother of a close friend. She was well-behaved too—never engaging in underage drinking with the other kids—and took on leadership roles such as prefect and head of the house.

Incidentally, Prince William would go to the campus for school events, but he and his future wife did not have encounters then. Kate had a fondness for him back then: Hay recalled her saying, “I bet he’s really kind. You can tell by just looking at him.”

Should George, now 5, attend Marlborough in the future, tuition is likely to remain as one of the highest among independent private schools. Attending one term currently costs £12,605 (P830,000).

Marlborough’s facilities include an observatory, a swimming pool with a hydraulic bottom to adjust its depth, a rifle range and outdoor fields for sports ranging from rugby to lacrosse.

Princes William and Harry were both in boarding school by age 8, though it is yet to be announced if George will follow suit.

Perhaps as a nod to the future queen’s harsher teen years, Kate and William asked guests at their 2011 wedding to donate to charity Beatbullying. They have also advocated mental health with the campaign Heads Together.  Niña V. Guno /ra