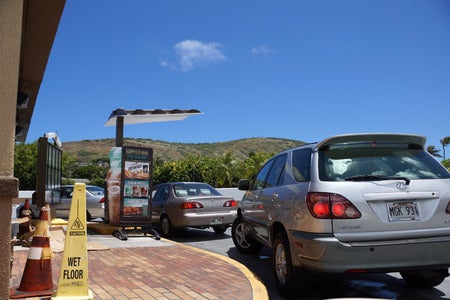 Customers of a Taco Bell restaurant in Fairmount, New York have been gushing over the sweet messages a stranger had been leaving in their takeout orders.

The messages bore encouraging maxims and inspirational quotes — surprises that, although little, did not fail in brightening the customers’ day. One such customer, Heather O’Donnell, set out to the fast food restaurant last Feb. 10 to buy some tacos and found a message in her bag, as per Syracuse on Feb. 15.

The note in O’Donnell’s takeout bag apparently had a quote by Franklin D. Roosevelt written on it.

“I got this message that said ‘when you reach the end of your rope tie a knot around it and hang on – Franklin D. Roosevelt,’” O’Donnell was quoted as saying.

“It made me stop in my tracks and smile. Knowing someone took time out of their work or life to write this is another example that there are still good people out there.”

The culprit behind these messages? Taco Bell worker Kelly Stewart. As per report, Stewart began working at the fast food restaurant last October 2018, but apparently only started leaving the said messages in customers’ takeout orders more than a month ago.

“I enjoy people,” Stewart said in the report. “I like helping them make each day better.”

The 27-year-old fast food worker also shared that she wants to be a role model for her son.

“It’s important for me to set a good example for my six-year-old son,” she added. “Sometimes life can be tough, and I like looking up quotes and writing them out for people.” Cody Cepeda/JB