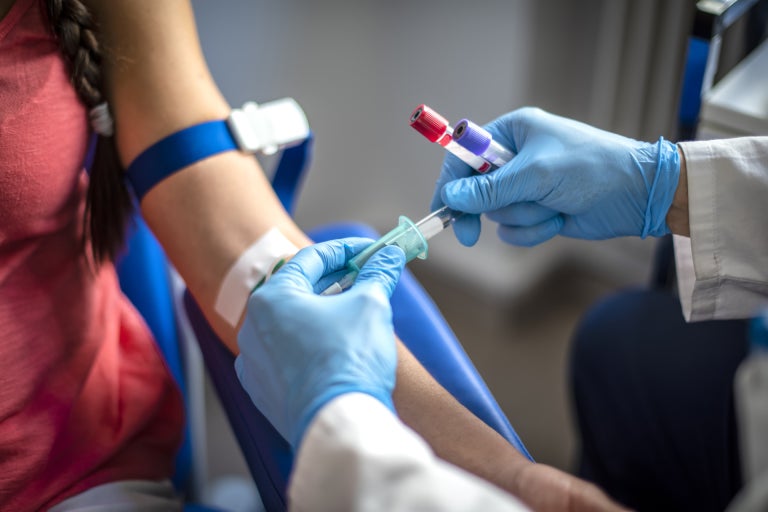 Led by researchers at John Hopkins University, the new study looked at blood samples and blood donation history taken from 9,647 females participating in the National Health and Nutrition Examination Survey, a long-running study which assesses the health and nutritional status of adults and children in the U.S.

The findings, published in the journal Transfusion, showed that around 10.7 percent of the teenagers had donated blood within the past 12 months, compared with about 6.4 percent of the adults.

The researchers also found that the average ferritin levels found in the blood, which indicate the body’s iron level and a possible deficiency, were significantly lower among blood donors than among the non-donors in both the adolescent and adult groups, 21.2 vs. 31.4 nanograms per milliliter and 26.2 vs. 43.7 nanograms per milliliter, respectively.

Although the rate of of those who had iron deficiency anemia was low in both groups, 9.5 percent among adolescent donors and 7.9 percent among adult donors, the researchers note that it is still significantly higher than the rate of anemia in non-donors in both age groups, which was 6.1 percent.

Blood donation may increase the risk of iron deficiency as each whole blood donation removes about 200 to 250 milligrams of iron from the donor. As adolescents typically have lower blood volumes than adults, they have a relatively higher proportional loss of hemoglobin when donating blood, and therefore a greater loss of iron.

Females also have a higher risk of iron deficiency than males due to blood loss during menstruation every month.

The researchers point out that on the whole giving blood is a safe procedure, and regulations are already in place to prevent iron deficiency in donors, such as hemoglobin screening, a minimum weight to donate and an eight-week interval between donations for repeat whole blood donation. However, the team add that other protections could be put in place for teen donors, for example, suggesting oral iron supplementation, increasing the minimum time interval between donations, or donating other blood products such as platelets or plasma rather than whole blood.