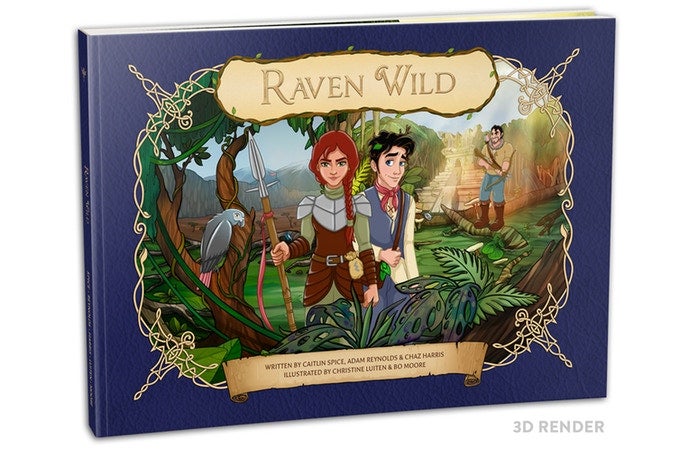 An LGBTQ children’s book featuring a trans woman as its swashbuckling hero has raised $22,416 (P1.180 million) in just a week since it began crowdfunding in Kickstarter on March 7.

The book is called “Raven Wild”, an illustrated children’s book featuring a boy named Hawk who transitions into a young woman named Raven.

Raven sets out on a jungle quest to stop a poacher from getting a gem that will control all animals. Along the way, she falls in love with a childhood friend named Finn.

The book is the third in a set of LGBTQ children’s books called the “Promised Land Tales”. The team behind the books is composed of authors and illustrators from New Zealand. They aim to create children’s books with LGBTQ representation. In “Raven Wild”, one of the book’s co-authors, Caitlin Spice, is a trans woman.

“In the Promised Land universe, all are equal — no matter their gender, what they look like or who they love,” founders Chaz Harris and Adam Reynolds say in the Kickstarter page. “We believe it’s important for LGBTQ youth and their peers to see themselves represented in positive ways, where who they are is never questioned or used as a plot device or a point of conflict.”

“Raven Wild” is now over 80 percent funded and is expected to be released in June 2020. JB