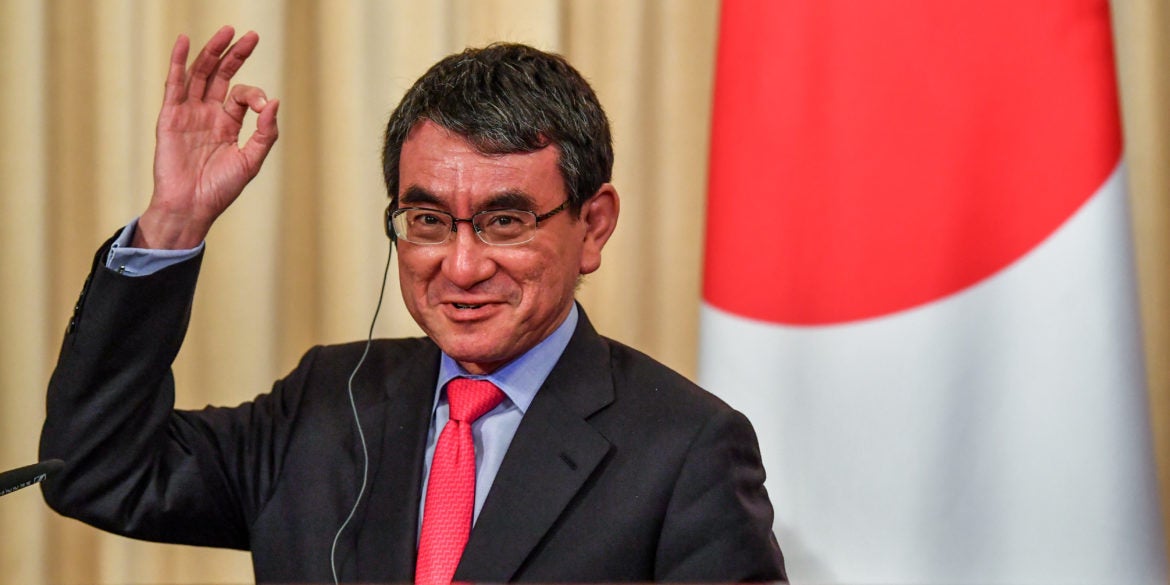 Bemused followers of Japan’s foreign minister were left scratching their heads on Tuesday after a bizarre tweet about bacon, sparking tongue-in-cheek speculation he could be tweeting classified information in code.

“Ah, bacon is in fact ^%£$+*•!%….” Taro Kono tweeted in Japanese from his verified account to his 513,000 followers, prompting confusion and many times the number of retweets and ‘likes’ he usually gets from more orthodox tweets about diplomatic meetings.

On Sunday he tweeted his son had greeted him by “screaming bacon with all his might” when he returned home in the early hours.

“What does he want to do?” he tweeted, uploading an image of a sheet of paper on which someone had handwritten the word “bacon” in Japanese.

By late Tuesday, his account had reverted to the more mundane, with the minister announcing his attendance at a meeting of the Organisation for Economic Cooperation and Development in Paris.

There was no further comment on the bacon affair and ministry officials were tight-lipped on the issue.

“We are not in a position to say as it’s his own Twitter account,” a foreign ministry spokeswoman told AFP.

The mysterious tweet lit up Japanese social media, with a rash of users guessing at a “secret diplomatic meaning”. One thought it might be a reference to trade, with US President Donald Trump due to arrive later this week for talks.

Others were concerned for the minister’s well-being, with one user saying he had “a breakdown because he’s overworked” and another wondering whether he had been affected by the weather, as heavy winds and rain lashed the Japanese capital.

US President Donald Trump, a prolific Twitter user, baffled his millions of followers just months after taking office when he mysteriously tweeted: “Despite the constant negative press covfefe,” sparking speculation as to what “covfefe” meant.

He later deleted the tweet, replacing it with: “Who can figure out the true meaning of ‘covfefe’ ??? Enjoy!”