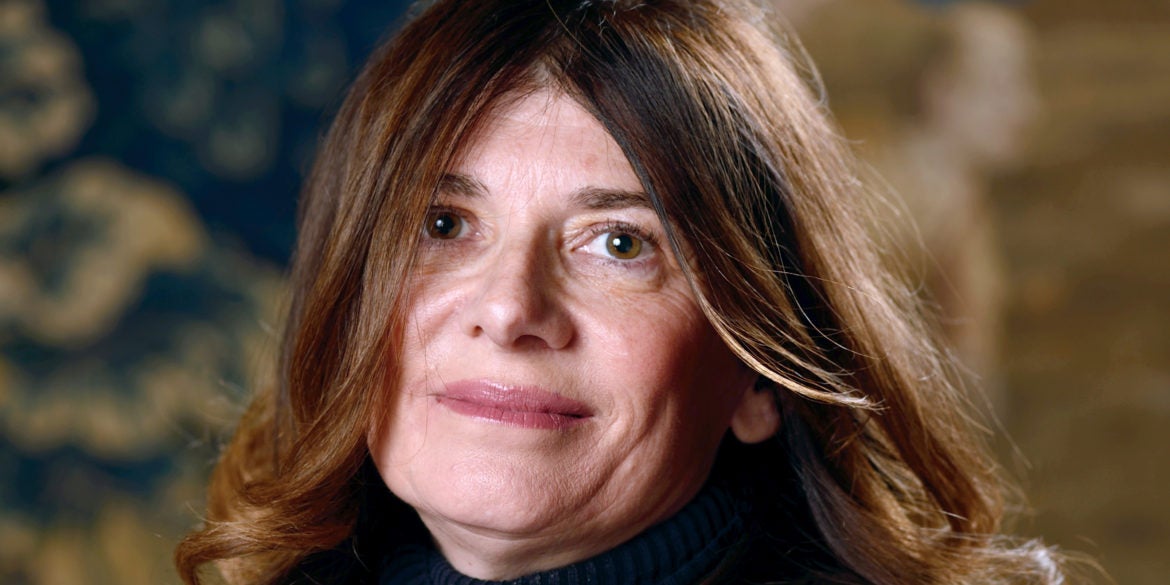 (FILES) In this file photo taken on February 28, 2013 French daily newspaper Le Monde's journalist, Ariane Chemin poses in Paris. - Ariane Chemin, is summoned on May 29, 2019 by the France's General Directorate for Internal Security (Direction generale de la securite interieure, DGSI) for her articles on the case of Alexander Benalla, says editorial director of the news paper Luc Bronner in an editorial published on May 22, 2019. The convocation concerns in particular the information of the newspaper on the profile of a non-commissioned officer of the air force, Chokri Wakrim, companion of the former head of security of Matignon, Marie-Elodie Poitout, specifies Le Monde, who "obviously maintains (its) information and expresses its concerns about this summons". (Photo by Eric Feferberg / AFP)

By: Séverine Rouby via Agence France-Presse

France’s domestic intelligence service on Wednesday questioned a journalist who broke the story of a scandal that shook President Emmanuel Macron, the latest in a growing number of reporters to be quizzed in a trend that has disturbed press freedom activists.

Ariane Chemin, who works for the daily Le Monde, said she was questioned by the General Directorate for Internal Security (DGSI) for some 45 minutes in the presence of her lawyer after being summoned last week.

“I explained that I only did my job as a journalist,” she told AFP after the meeting.

She added that she had insisted on her right to protect her sources while carrying out work in the public interest based on a law dating to 1881.

“They asked me many questions on the manner in which I checked my information, which was an indirect way of asking me about my sources,” Chemin said.

Chemin has written a series of articles over former presidential bodyguard Alexandre Benalla, who was fired last year after he was filmed roughing up a protester in one of the biggest scandals to shake Macron to date.

It was a July 18 article by Chemin that first reported that Benalla had beaten the May Day demonstrator while wearing a police helmet.

The summons stemmed in particular from articles about former air force officer Chokri Wakrim, the partner of Marie-Elodie Poitout, the ex-head of security at the prime minister’s office.

Poitout resigned her post after media revelations that she and Wakrim had welcomed Benalla to their home in July but insisted it had only been a social affair.

The Elysee has been accused of covering up the affair by failing to report Benalla to the authorities.

‘Only doing her job’

The secret service has already summoned seven reporters who published details over how French arms sold to Saudi Arabia and the United Arab Emirates were being used in Yemen’s civil war, sparking an outcry by press freedom activists.

The SNJ-CGT union called for a demonstration outside the headquarters of the DGSI on Wednesday “in support of those journalists summoned by the French state in violation of the law on press freedom.”

The association of Le Monde Reporters (SRM) said on their Twitter account that Chemin was simply “bringing to the attention of citizens information that was in the public interest and thus was only doing her job.”

But Justice Minister Nicole Belloubet told the French Senate on Wednesday that the summons should “in no way be seen as an attempt at intimidation or a threat”.

She said the summons for Chemin was issued as part of a preliminary enquiry carried out under the supervision of the Paris prosecutor following a complaint by a special forces member that his identity had been revealed by the paper.

Senior journalists from 37 French media outlets, including Agence France-Presse, Le Figaro daily, France 2 TV and Mediapart, signed a statement supporting the journalists who were questioned over the Yemen controversy, saying they were “just doing their jobs”.

Disclose has pressed ahead with its reporting on the issue, saying on Tuesday that a shipment of munitions for French Caesar cannons would be loaded at a Mediterranean port onto a Saudi ship.