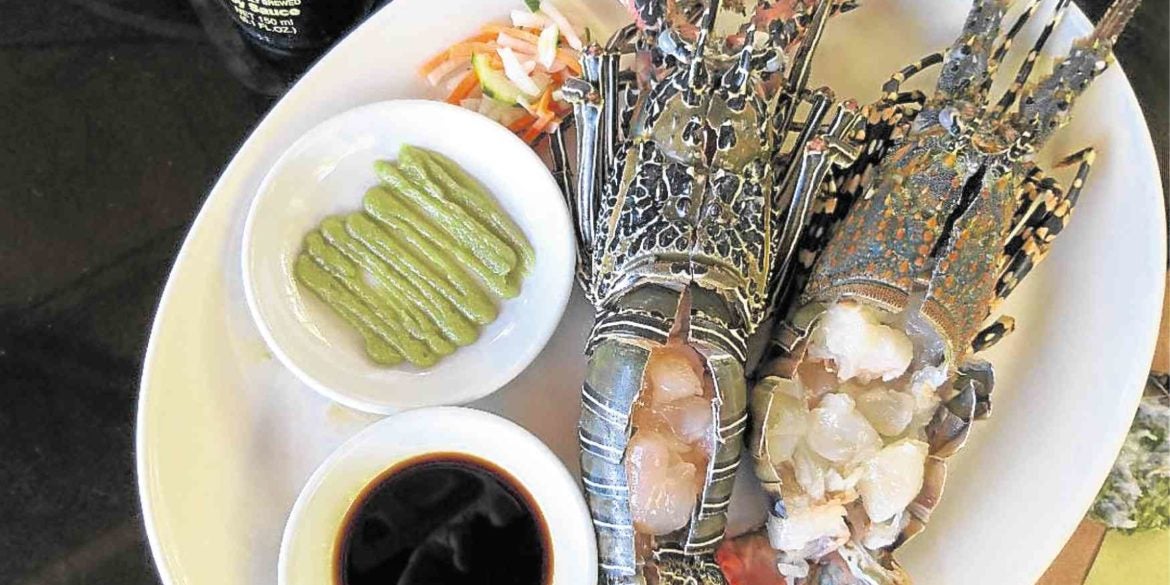 Aspiring food writers look for reliable food guides when visiting a city, town or province in the country.

I was fortunate to have met some of the most prominent foodies as guides to their respective hometowns.

Claude Tayag took me to Angeles, Pampanga, to experience Aling Lucing’s Sisig by the railway tracks.

Dez Bautista gave me several tours in Malolos, Bulacan, including a riverine picnic.

Dindo Montenegro asked his mother to cook for me her Taal, Batangas, specialties, and also brought me to the livestock market of Padre Burgos.

Sonny Tinio was my guide in Nueva Ecija and Bicol, where his parents hail from. He also learned about other regional cuisines while traveling around the country. He even went to different carinderia to find out what’s cooking.

I met Eugene Jamerlan and Rafael “Tibong” Jardeleza in Iloilo. Jardeleza had brought me there to judge food competitions and also enjoy a gustatory tour.

First thing we did was eat before checking into the hotel. And when we were to leave for the airport, he asked, “What do you want to eat?”

When I replied, “Tinuom,” he took us to JBoy’s Tinuom near the airport. Tinuom is chicken sliced and cooked in a broth, served in a bowl covered with banana leaf. It’s a pleasant, light soup, flavorful because of the native chicken. It was like breakfast and merienda combined.

This trip’s itinerary was packed with food places. It was difficult to recall in chronological order because breakfasts merged into lunches into merienda into suppers.

But memorable were visits to two good batchoyan—one was popular, the other hardly known to us. Batchoy is a soup of pork innards with noodles.

The first thing we saw outside Deco’s at the La Paz Market (still owned by Federico Guillergan Jr. although other branches are now operated by the Edgar “Injap” Sia group), was chicharon being fried—to be used as topping for the batchoy.

As if the tasty soup wasn’t enough, there was dessert of ube brazo de Mercedes from La Paz Bakeshop nearby.

The other batchoyan that locals go to is far from the market and main road. Even Jardeleza got lost looking for Batchoyan sa Ilawod in Santa Barbara—a nondescript wooden house that also serves different kinds of pancit, aside from its staple batchoy (P50 a bowl).

It was also a treat to see how batchoy is prepared—from putting in the pork parts and noodles, cutting the spring onions, pouring in the broth that boils continuously from several pots, and finally the chicharon as topping.

Ilawod, I was told, means downstream (because the place is near a river), while the word for upstream is ilaya.

On another day, we wondered if it was breakfast or lunch at St. Martha in Fundidor, Molo. Jardeleza said we had to go earlier than lunchtime because the food runs out fast.

We must have ordered every available dish at St. Martha. But what struck me most was how many soups were laid out on our table.

Laswa was most familiar, vegetables (okra, squash, patola, etc.) boiled in a broth flavored with kalkag (dried shrimps) or other seafood.

A food trip to Iloilo would be incomplete without visiting Breakthrough. The place made managat or mangrove jack famous. If diwal (angel’s wings) are in season, you’ll be amazed at how fat and delicious these shellfish are. We had all the specials including lobster sashimi.

The last stop was at Fort San Pedro, with a relaxing view of the sea while enjoying tasty chicken inasal and cold beer. I looked across the waters to Guimaras and remembered buying the tultul or salt block.