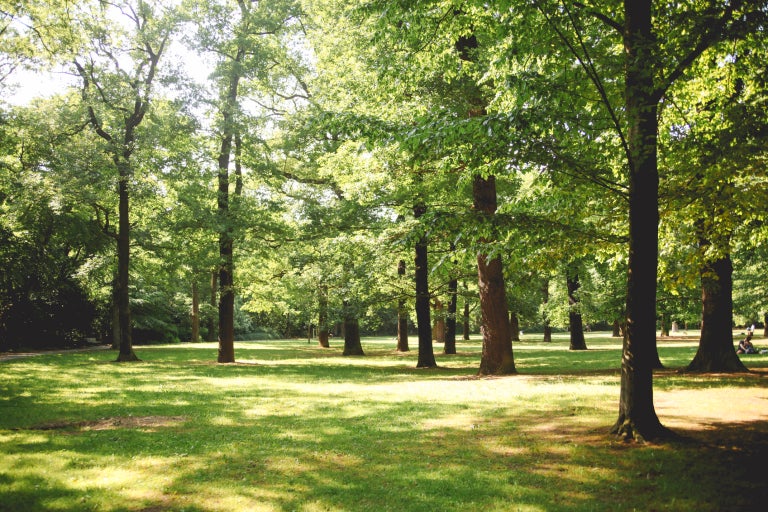 Living a few blocks away from green space could be good for the mental health of teenagers and seniors, according to new research. © lechatnoir/Istock.com

Spurs of the moment

“How are you feeling today?” I would ask my aging dad.

Although it’s a question asked always, Dad doubtless knew it was asked with the purest of intentions. Still, one day he decided to set me straight.

“You should never ask an old man that question, kiddo!” he said giggling. “I actually can’t remember what it is to feel well. It’s been so long. One day it’s this and another day it’s that. I’d be happy not to feel anything even for a while.”

With my own little aches and discomforts, I’m only now beginning to understand what he meant. Growing old is like having a spur; my understanding is that it’s an accumulation of deposits from what we ate or otherwise put in out body. A spur, in my case anyway, is not really unbearable, but bothersome. And it never goes away; I’m told it grows back after surgery.

Mine is in the back of my heel. It never lets me forget it’s there, because it gets in the way of every movement of my left foot.

I’ve rubbed all kinds of ointments and lotions on it and done physical therapy for it, which helped. In fact, it subsided remarkably and became hardly visible at one point, and I forgot all about it.

But it reappeared with a vengeance—on the other side, giving me a sharper pain in unpredictable moments. Could it be a wandering culprit? I was sharing the phenomenon with my fellow aqua-exerciser Nida, who, in her typically deadpan humor called it, “the spur of the moment.”

From its new location, it wakes me up in the morning. The pain wears off after some walking and exercise and returns when I get up from sitting too long. It hurts if only to remind me to do my exercises and walk correctly—lifting, not dragging, each foot and landing on and leading with the heel. Now the simple act of walking has to be done consciously, properly.

The spur being emblematic of age, and the life lived, how can I complain now?

I could be bragging, because living with a spur on is nothing compared to other seniors who live with such graver woes that a well-meaning question like “How do you feel?” might provoke a sense of comparative despondency.

A dear friend who has had both kneecaps replaced would, like Dad, rather not be asked. She’s fine and doing very well, all things considered, but won’t be reminded of the ordeal that she went through—it took all her will power to defeat it. Like all seniors, she will always be adjusting to something that wasn’t there before.

Another senior friend knows exactly of what I speak of. “Let’s just say I’m in Malaysia,” he’d say describing his mysterious malaise. I once had illusions that eight glasses of tepid water a day and seven hours of sleep would somehow spare me from the ravages of time. Nothing has or will, but I’m sure the combination has somehow prevented me from catching more serious ailments.

The scariest thing for me is Alzheimer’s or dementia, but then, I’d be the last to know, or even be spared knowing. That has to be the biggest spur of all—for caregivers! Caregivers are a heroic lot. I’ve had my moments in their shoes, with Dad.

Dad finally agreed to use a wheelchair at a mall, and only after I told him that it was more for me than for him—thus, I didn’t have to carry him.

When I saw signs of senility in him, I took him and Mom, too, to a neurologist, to try to save what could be saved of Dad’s once brilliant mind. The doctor talked to each of us separately and together, comparing our answers for consistency and accuracy. He concluded it was Mom, four years younger than Dad, who needed more tests and memory exercises. He noted that, if Dad couldn’t remember, he said so.

Mom strayed from the truth or fictionalized, unconsciously. She refused further tests and became furious with the doctor for his “misdiagnosis.” She died in her sleep, at 85, three years before Dad, whose stomach peg had to be pulled out, before he himself went at 91.

I came away from those memory-test sessions wiser and more compassionate in dealing with older people. Among the bad habits I had developed with Dad was to set him right when he tended to confuse the past with the present.

Pained to see him lost in the past, with a sharp mind like his, I felt it my duty to bring him back promptly. Every time he expressed the desire to visit his Mom, for example, I’d remind him that she had been gone for many years. He would become sad, and stay very quiet for some time, before returning to the conversation, on a new topic. But before my visit was over he would ask again to visit his mom, and I would again dutifully rescue him back to the present.

I was soon set right myself—by the neurologist—advised not to contradict him on such matters. I rode along and entered his space. Visit his mom? “It’s too late to go today; let’s do it tomorrow.” Anyway, he would eventually forget. To force-feed reality on Dad would be unkind, the doctor said; worse, it would confuse him more.

Despite the early stages of dementia, Dad could sometimes still surprise me with his sense of humor; it never left him. He could even laugh at himself, “I used to confuse everybody, now I’m the one confused!”