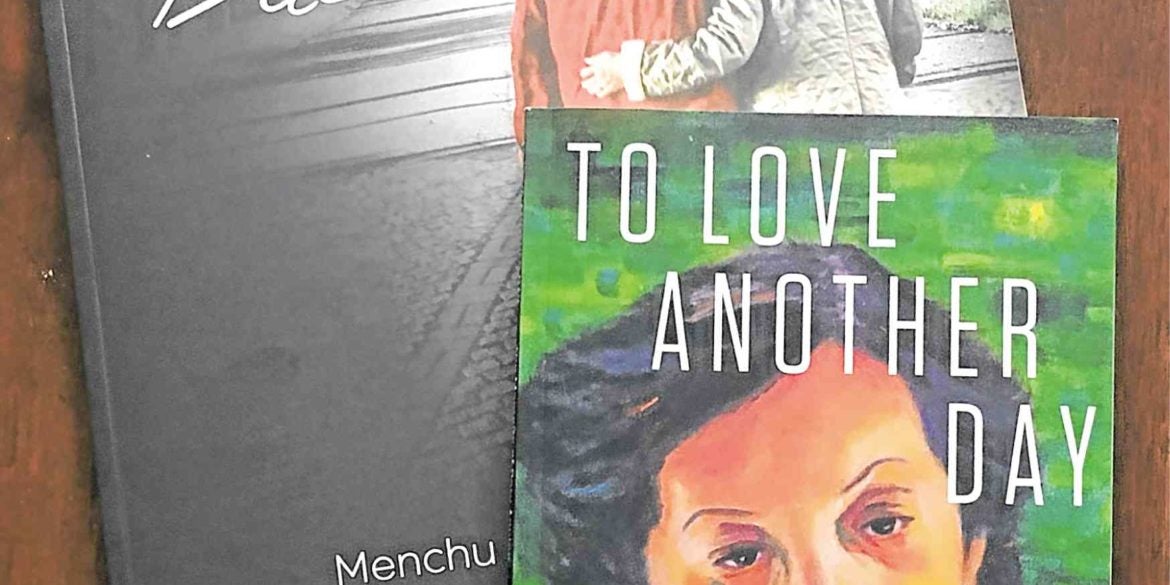 Unaware at the time, I had actually begun writing my personal history since 2003, when Gilda Cordero Fernando handpicked a number of women friends to form a writing group. We named ourselves First Draft.

At every monthly meeting, we each brought an essay to read aloud and be critiqued by the group. We easily agreed on one theme—love. We went on for 10 years and never digressed from it.

In the beginning I had no idea what to do with those love-essay drafts of mine. On Gilda’s suggestion, I sent them, reworked as critiqued and edited, to the Lifestyle section of the Inquirer, specifically to its subsection called Relationships.

After a while, Gilda and I were invited to write on senior subjects for a separate Lifestyle subsection touted as “sexy, stimulating, sage.” That description was dropped when the multitalented Gilda dropped out to free herself of deadlines, among other things.

Until I started writing regularly, I had not realized how much I felt the need to write. A weekly column that began in 2013, proceeding from the Inquirer arrangement of 2003, came at the right time and has proved cathartic for me. In effect, I’ve been writing my memoir.

I presume my readers to be women like me, suckers for love stories, which we all necessarily are, I think, as daughters, wives, mothers and grandmothers. My column thus has become a showcase of love for husband, family and friends, country, indeed of life itself. Surely, we all have our own beautiful life stories to tell.

Menchu de las Alas Concepcion and Cory Cojuangco Aquino are two women who have just set down stories of their love and life, for reasons both personal and altruistic. I happen to have read both at about the same time.

Menchu found the perfect occasion to share hers. She gave her book of memories on the occasion of her 60th wedding anniversary, with Ronnie. It was a love story called “Giving Back.” A life as blessed as hers would indeed inspire one to give back for so much received, although some of the blessings in her case came disguised as trials.

Ronnie’s Alzheimer’s and Parkinson’s began 10 years ago, but it wasn’t until the fifth year that Menchu realized what was really happening. It was only then that she learned to accept that her brilliant and active hero, the ever-dependable dad, the adoring husband would never be the same again.

The realization, in any case, has helped her cope bravely, even with occasional good humor. She tells the maid before she leaves home for our regular lunches to say, should Ronnie look for her, that she’s in the shower. She tries to make sure, however, to be home before he asks or asks too often, even though he sometimes does not recognize her.

Menchu feels it important to share her own learning process, through her book, to those in the same situation. At the same time, she says, she is giving back in the most meaningful and selfless way to a husband who “has always been good to me.”

For God, giving back, comes in yet another way. She has built a church, San Pedro Calungsod, on Sumulong Highway, on a property donated by her family to the diocese of Antipolo. It is also a sanctuary for a relic of St. Padre Pio, to whom her family has a deep devotion. The church, which is surrounded by schools, houses a youth center. She and Ronnie’s renewal of vows was the first celebrated there.

Menchu lightened up the occasion with her ladylike sense of humor. Ronnie was wheeled into the church with a sign hanging behind his wheelchair that said, “Just Married.” The promise to remain faithful to each other brought a naughty expression to her pretty face. But it was about the promise to love each other through sickness and health that she knew there’s no kidding about a promise she has fully embraced.

The late President Cory’s own memoir, “To Love Again Another Day,” finally put together by her nephew Rapa Lopa, is in a class of its own for their—to borrow a phrase from my husband—“transcendent significance”: Cory’s and Ninoy’s personal love for each other had to be put on hold to give way to an all-consuming altruistic love—for country.

Set in a time of personal tragedy and political turmoil, Cory’s love story continued through widowhood and the rest of her life, having had to carry the fight after his assassination.

In a sense, her life was as heroic as Ninoy’s death. She who never wanted to call attention to herself was suddenly thrust permanently into the public limelight, yet not seldom unfairly judged. She lived a martyred life of her own until her death, of cancer. The large and emotional turnout of an orphaned nation at her funeral rivaled Ninoy’s.

Finally convinced she owed history, she called back her nephew Rapa, who had earlier approached her about a book to tell her story. But she died before they could put it together in a book. “I thought there was going to be more time,” she lamented.

It took Rapa more time to take on the daunting task with plenty of reminders from one of her spiritual advisers, Fr. Catalino Arevalo, whose idea it was in the first place. Rapa’s material came from Cory’s own voice recordings and autobiographical notes—an indisputable “primary source,” the biographer in my husband notes.

Here are two ladies who have opened their hearts to share painful but beautiful truths about transcendent love—in brave, irrevocable print.