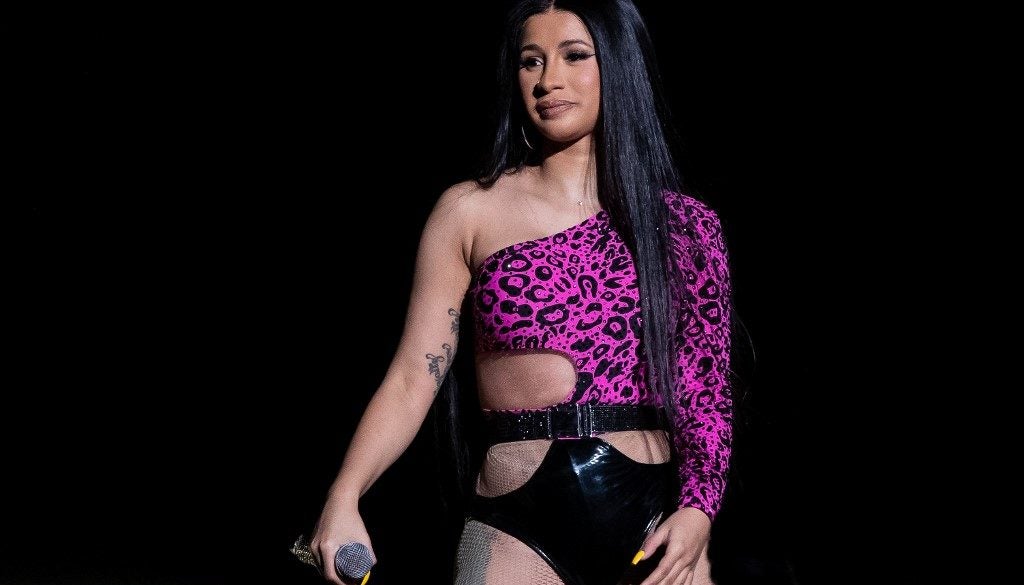 (FILES) In this file photo taken on October 6, 2019 Cardi B performs at the Austin City Limits Music Festival at Zilker Park in Austin, Texas. - Rap superstar Cardi B is floating the notion of a political career, saying she could "shake the table" as a member of US Congress. "I think I want to be a politician. I really love government even tho I don't agree with Goverment," the brash artist from New York's Bronx borough tweeted over the weekend. (Photo by SUZANNE CORDEIRO / AFP)

Rap superstar Cardi B is floating the notion of a political career, saying she could “shake the table” as a member of US Congress.

“I think I want to be a politician. I really love government even tho I don’t agree with Goverment,” the brash artist from New York’s Bronx borough tweeted over the weekend.

“I do feel like if I go back to school and focus up I can be part of Congress. I deadass have sooo much ideas that make sense. I just need a couple of years of school and I can shake the table,” the rapper known for hits like “Bodak Yellow,” “Money” and “I Like It” said.

The stripper-turned-rap superstar has gotten political in the past, famously encouraging her fans in an expletive-laden clip to “vote for Daddy Bernie” in 2016, warning that foreign women “gonna get deported if Trump is president.”

She’s throwing her celebrity behind Sanders this presidential nomination season as well, most notably meeting with the senator from Vermont in a nail salon to discuss issues including raising the minimum wage, canceling student debt and climate change.

At 27 years old she meets the threshold to run for the House of Representatives, which is 25. She would have to wait until her 30th birthday to launch a Senate bid, and her 35th for the presidency.

Fans praised the Grammy winner’s political musings on social media: “no need to go back to school if you don’t want to! you can learn plenty from folks already fighting in movements, and read up on your own or with others. you’d be great,” said Twitter user Natalie Shure.

Last year Cardi B, who was born Belcalis Almanzar to a Dominican father and Trinidadian mother, went off on Donald Trump and the US government shutdown that furloughed federal employees amid a standoff between the US president and Democrats in Congress.

“Our country is in a hellhole right now,” she said at the time. “I feel like we need to take some action.”