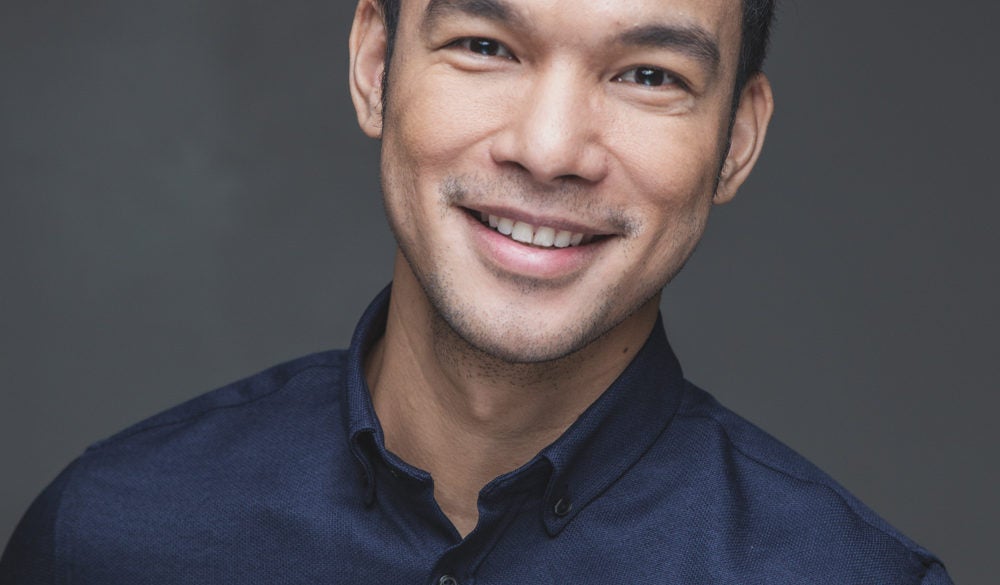 Mark Bautista has played a diverse range of characters onstage from a love-struck college kid in 9 Works Theatrical’s “Eto Na! Musikal nAPO!” to a romantic Ferdinand Marcos in the acclaimed London production of “Here Lies Love.” Yet the role he essays in Atlantis Theatrical Entertainment Group’s Tony-award-winning musical “The Band’s Visit” may be his most complicated assignment.

In the show, with music and lyrics by David Yazbek and music by Itamar Moses, he plays the flirtatious, charming younger officer, Haled, whose one mistake sends the titular Egyptian band to a remote Israeli desert town. Surrounded by their cultural and ethnic opposites, and with no diversion in sight, the band members slowly unravel to reveal their inner secrets—to each other, and to themselves.

Bautista says of his character’s predicament: “He is in an arranged marriage but he rediscovers love in Israel. He ends up giving advice about love, why it has to have the right time, and why you can’t force it.”

When it comes to offstage relationships, the actor wistfully admits that part of him wants to settle down with his own family.

He did have a short, if intense, relationship with a fellow male cast member during the US run of “Here Lies Love” in 2017. Bautista believes that their time in the musical brought them together, and the end of the run inevitably led to the breakup.

The openly bisexual actor has a few clear ideas about the kind of partner he’d like to commit to—regardless of gender. “I want someone who has to be more mature than me. Hindi ako ang mag-aalaga. If she’s a woman, she has to be understanding of my situation, that I’m bisexual.”

He is also picky about his roles and the productions he appears in. Aside from the aforementioned productions, he has played the leads in Atlantis’ “The Fully Monty” in 2013 (“my first English-language musical”) and Resort World Manila’s “Bituing Walang Ninging” in 2014. Far from being a snob, however, Bautista confesses that he still has “fears of musical theater.”

Maybe it stems from his adolescent years when, despite his excellent voice, he shied away from crowds and the spotlight. Maybe it comes from his recognition that musical theater requires a more nuanced kind of singing different from pop concerts. He says, “Mabigat sa akin ang songs ng musical theater in a good way. You have to dissect them.”

One thing that persuades him to take a look at the part—aside from the meatiness of the role—are the people involved. “The Band’s Visit” is one example. “I trust direk Bobby Garcia that if he gives you the role, kaya mong gawin.”

A network of mutual friends and associates also helped boost his confidence in auditioning for and landing the role of Marcos in “Here Lies Love” in 2014. After Bautista won the part, they arranged a private meeting with Marcos’ widow and former first lady, Imelda, so he could ask a few questions. In the production of David Byrne and Fatboy Slim, he essayed the strongman from the time he met Imelda to his death in Hawaii. One other memory that remains in Bautista’s mind about that show is how he broke ground—without the slightest knowledge at that time.

“I played at the Royal National Theatre in London,” he says, the awe ringing in his voice. “It’s where the great actors like Judi Dench and Ian McKellen perform. Maraming gusto mag-perform doon. Ang dami ko pang doubts noon. But I did it, on the international stage.”

There have been a few regrets along the way, like his now-famous Instagram post on how he lost the lead role in the Broadway production of “Aladdin” due to lost emails.

Bautista remains close to his widowed mom and his four siblings, two of them happily married with their own families. Partly due to Bautista’s success, the family in Cagayan de Oro has come a long way from the days when they had to eke out a living after an illness debilitated their seafarer father.

As a struggling artist who needed to support the family, Bautista himself overcame his shyness to sing at bars and lounges. The desire for a better life led him to try his luck in Manila where he gained national attention in the reality TV talent search show, “Star For A Night.”

Other dreams remain. He wants to put up his own production company one day, and compose his own music for an original Filipino musical. And his quest for a lifetime partner. “Para saan pa ang pinaghihirapan ko?” he muses. —CONTRIBUTED