Where to eat on a food trip to Laguna | Inquirer Lifestyle ❮ ❯ 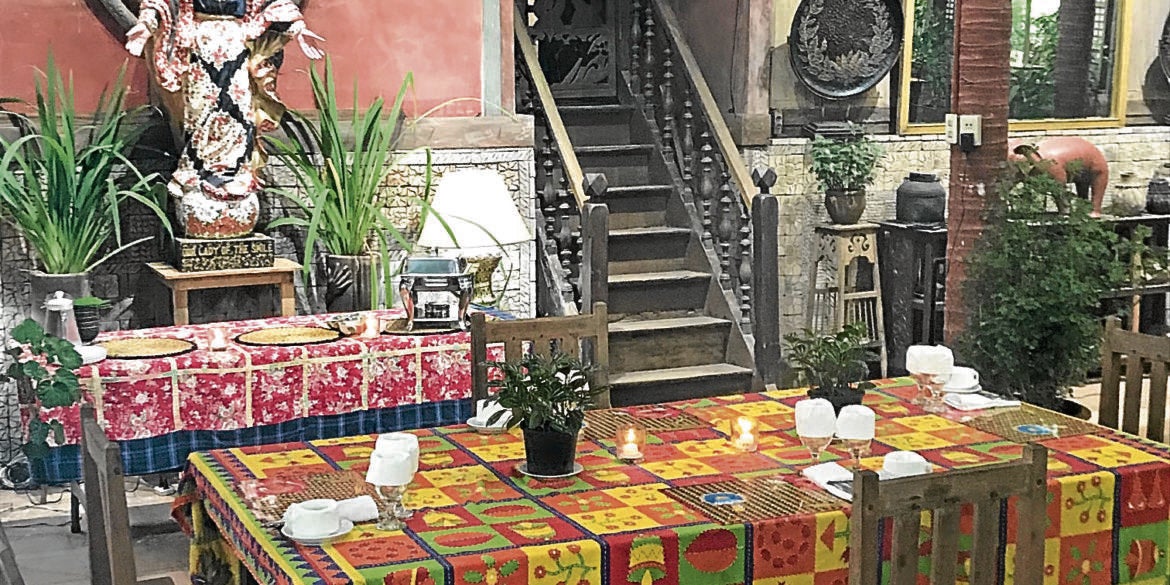 Since COVID has made air travel constricting, many Filipinos have resorted to road trips to relieve anxiety from being cooped up in their own homes. Fortunately, nearby cities are benefiting from it. Tagaytay restaurants get an influx of people on weekends. And so do Batangas resorts.

Another province that’s been getting a lot of love of late is Laguna. Just an estimated 75-minute southeast drive from Manila, it is one place that definitely has a lot to offer, not just in terms of arts and handicrafts, but also food.

Located in San Pablo City is a boutique-slash-bed-and-breakfast-slash-restaurant wrapped in lush greenery. Established in April 2011, the Patis Tito Garden Café is the namesake destination of renowned designer and environmentalist Patis Tesoro and lawyer husband, Tito. Together they built a welcoming escape from the confines of the city and the pandemic.

For one, the covered structures have high ceilings and rooms that are very spacious, allowing guests to be a comfortable distance from each other. The dining tables are also long and narrow enough that keeping a decent conversation even when spaced apart is possible. The place is pet-friendly as well, and they go the extra mile by preparing water bowls when advised in advance.

One dish I had the pleasure of enjoying is the kulawong talong, which is something I first had in Quezon many years ago. Eggplants are grilled and then the skin is removed and the softened vegetable is chopped. Hot coals are placed in a bowl of grated coconut and tossed until they turn dark gray. The milk is squeezed and mixed with the eggplant along with other seasonings to come up with a deliciously smoky veggie number.

They also serve ensaladang pako, tofu and togue spring rolls, pininyahang adobo and panfried bangus belly. Something I’ve never had before is the warm chicken kinulob, which I, along with Secretary Berna Romulo Puyat and Armie Bennett of CNN Philippines, took pleasure in eating that rainy morning we visited. We were told that duck is the typical protein for it, but Patis decided to use chicken, which is cooked for four long hours in a big clay pot along with onions, taro, tomatoes, carrots, bacon, chorizo and Cuban oregano. The result is fork-tender meat in a potent broth.

If you’re looking to fill up your itinerary, Patis can take you around her favorite spots via her curated tours. Her recommendations include a small joint serving home-cooked Japanese, and shops that make and sell basket weaves and stone sculptures.

Situated on Colago Avenue is another multihyphenated location. It’s an art gallery, clay shop, restaurant and inn with a swimming pool, aptly called Casa San Pablo. Run by a former officemate, writer An Mercado and art enthusiast husband Boots Alcantara, the quaint Colonial-style cottage is surrounded by well-manicured greens and age-old trees. The café, although covered, opens up to a view of the garden and lets the fresh breeze in.

There’s a lot to like in their menu—cheese tinapa dumplings, tortang sisig, native chicken arroz caldo, and pork à la humba. I suggest you try the all-day breakfast, specifically the ones that come in pairs—like the beef tapa with dried biya and salted egg salsa, or the fried daing na bangus with inihaw na kamatis. The side dishes elevate what is a simple meal to another level.

In Liliw, you can pick fresh strawberries at Lolo Kap’s when they’re in season. Or you can also dine at the White House Bistro 1938 for local treats. Built in 1938, the Polistico Mansion, decked in hints of Art Deco, was converted into a restaurant back in 2015. It is managed by couple Christian, who runs the kitchen, and Mariane, who’s responsible for front of house.

The menu has all-time favorites such as bangus sisig, hototay soup and crispy pata. But opt for something new and go on a culinary adventure by ordering the different preparations for kalabaw—bistek, tapa or ginataan, as well as the pansit Liliw, which is made with both miki and sotanghon noodles.

Another bed-and-breakfast with delicious eats is Ted’s over at Santa Cruz. Owned by chef siblings Day and Gel Salonga, the compound was once a farm and rice mill. Now, the sprawling space houses multiple cabins, an events space and a 10-year-old restaurant with country chic decor.

There’s a wide variety of handmade pastas, grilled pizza and even ribs bundled with chicken wings. Since it was a food-filled day and it was our last pit stop, we opted for the desserts. It was hard to choose just one since the lineup is filled with names that conjure decadent images—pili sans rival, maja blanca cheesecake, Magdalena tablea cake, brazo de Fernando. The best thing we could do was share a sampler of everything they had, including the bibingka and ube cheesecakes, which were made with carabao’s milk. There was not one we didn’t like and didn’t have second bites of.

Before heading back home, take a delicious piece of Laguna with you by grabbing any or all of these popular pasalubong—Belen’s espasol, which Val Castello has been making for many years now; classic sans rival from the House of Sansrival, which is among the best there is; kesong puti and Santa Cruz longganisa by Bitbit (available at Ted’s Kitchen); and the tikoy from Nagcarlan, which comes packed in bamboo. Slice open with a cleaver and out comes a smooth, sticky kakanin you can spoon, made with glutinous rice, condensed milk and cheese.