Should we vaccinate our adolescent children? | Inquirer Lifestyle ❮ ❯ 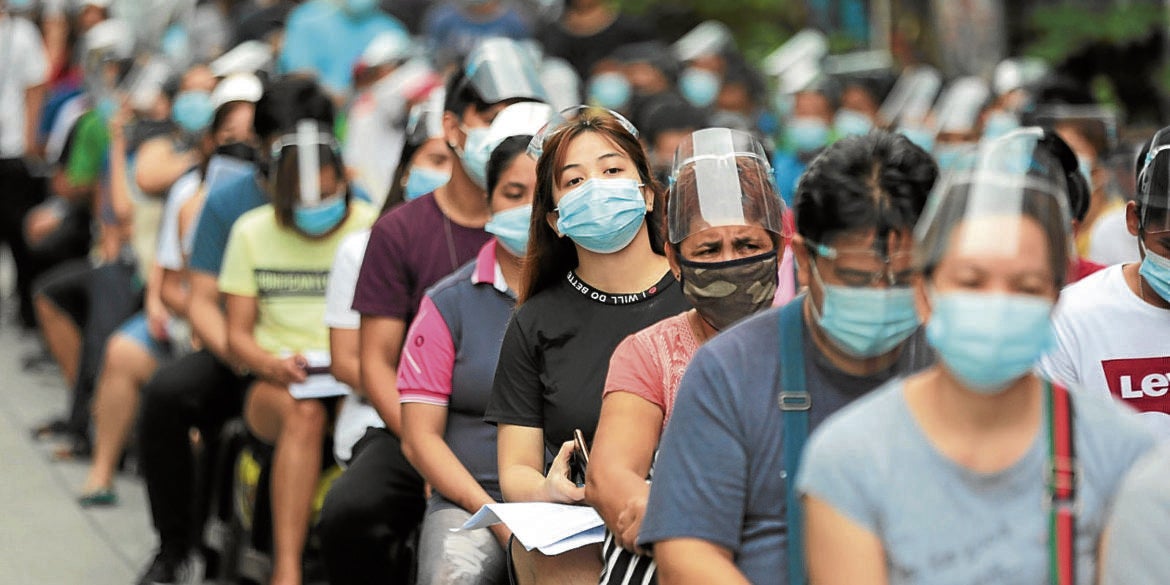 Citizens belonging to the A1 and A4 categories line up to be vaccinated for COVID-19 in Caloocan on June 7. —GRIG C. MONTEGRANDE

Should we vaccinate our adolescent children?

The DOH has to explain to the public . . . in real, absolute terms what the benefits and risks of vaccination are for each age category or sector

After unintentionally creating a controversy with our series of commentaries on the use of ivermectin and the inadvisability of mass vaccination in our country, we thought we’d refrain a bit from tackling contentious issues in this column.

Although it’s simply not feasible for the government to include adolescents and teenagers in the current vaccination program, some parents have asked us if they should already make private arrangements to get their children vaccinated. Hence, we felt it imperative to address this issue.

This decision was supposedly based on experts’ advice, but without giving any explanation on the risks and benefits. It seems that our health officials are taking all recommendations from international agencies like the World Health Organization (WHO) and local experts hook, line and sinker, without evaluating the data themselves and making the decision based on their own appraisal of the pros and cons.

We have long made our position on vaccination clear in this column, that it should be targeted and protective vaccination, and not mass, injudicious vaccination—or to put it bluntly, mass and potentially harmful vaccination.

Weeks before global scientists sounded the alarm on mass vaccination, we proposed to suspend the vaccination in 40-year-olds and younger, and in all healthy young adults, after looking at the available risk-benefit data.

Frankly, we never imagined that the vaccine manufacturers and our regulatory agencies would go to the extent of recommending it even for adolescents and, most likely, children and babies in the future. We may be intellectually conflicted on this issue but, from where we’re standing, this is already bordering on madness.

There is no question that the vulnerable population consisting of the elderly and other immunocompromised high-risk patients—like those with diabetes, high blood pressure, chronic lung or kidney diseases, morbid obesity and other comorbidities—should be targeted for protective vaccination. There is no question that the benefits outweigh the potential risks of vaccination in this age group and sector.

Our health officials must make all efforts to immediately vaccinate this vulnerable sector of the population. We estimate that there must be around 8 million elderly and 12 million high-risk individuals with comorbidities. But as of last week—more than three months after initiation of the vaccination program—less than 15 percent in these combined sectors have received their first jab.

Reality beckons! Let’s not aim to mass vaccinate, but just focus on the population we really need to protect.

We’ve reiterated that the Department of Health (DOH) must plan for a six-month vaccination cycle because after six months, the efficacy of all current vaccines shall have most likely waned to suboptimal levels due to emerging more infectious and vaccine-resistant variants, and booster doses have to be given. If we’ve not covered the vulnerable sector by then, we’re practically back to square one.

The bottom line is, we need to cover around 85 percent of the vulnerable population in three months’ time. But our focus is dissipated to other age groups who really may not stand to benefit from the vaccination.The DOH has to explain to the public, not in general or relative terms, but in real, absolute terms what the benefits and risks of vaccination are for each age category or sector. Expressing it in terms of relative risk reduction (RRR) can be misleading. We don’t think the DOH or the Food and Drug Administration (FDA) are deceiving us, but they seem to be fascinated with RRR figures, and have unwittingly misled themselves.

For example, if the risk to suffer from a COVID-19 complication is 10 in 100 million cases or a 0.00001-percent risk, and you reduce that with vaccination to one in 100 million, that would be a 90-percent RRR, and that sounds very impressive indeed. But if you express the real absolute risk reduction (ARR), it’s only a 0.000009-percent reduction of the risk or actual benefit to be expected.

Looking at the ARR, rather than RRR, will be a better guide for our policy makers to decide when evaluating various treatments and interventions for COVID-19. Is this infinitesimally small benefit worth all the potential risks of the treatment being considered? That will also be a better guide for our public to decide for themselves if the proposed treatment or intervention is really beneficial for them.We urge the media and the public to keep on asking the ARR from our health officials, and stop being mesmerized with RRRs. We only talk about RRRs in theoretical, scientific dissertations and discussions, but we should not even bother to consider them when making health policies for the public—unless we need some basis for a shaky decision.

We hope that the DOH starts heeding our advice to look more at the ARR rather than RRR when making policy decisions, and this should also be disclosed to the public, rather than just giving a generic explanation that their decisions were based on clinical studies, WHO guidelines and local expert advice.

More than two months ago, we tried to point this out in a comment we patiently typed in the chat box during a virtual DOH town hall forum on the mass vaccination program. Unfortunately, the moderator of the forum “censored” the question and conveniently overlooked it, and just read the easy, noncritical questions or comments for the panelists, which included Health Secretary Francisco Duque III and FDA director general Eric Domingo.

In a protest letter we wrote to the organizers of the forum, we said that when we refuse to confront discomforting issues, they will never be resolved. Censorship and lack of transparency also do not inspire confidence in our health officials.

Next week, we’ll explain why the expected benefit or absolute risk reduction in healthy young adults, including adolescents, is so small (in the vicinity of 0.00018 percent), though the studies would say there’s relative risk reduction of 95 percent.So, meanwhile, we recommend to our parents to withhold any plans to get their adolescents and teenagers vaccinated, believing it is in their best interest. We’ll also tackle next week the rare risks of complications in the young, such as swelling of the heart muscles or myocarditis.

Let’s seek wisdom from above in every decision we make for ourselves, our families and our nation during this pandemic. INQ