Can molnupiravir cause cancer and birth defects? | Lifestyle.INQ ❮ ❯ 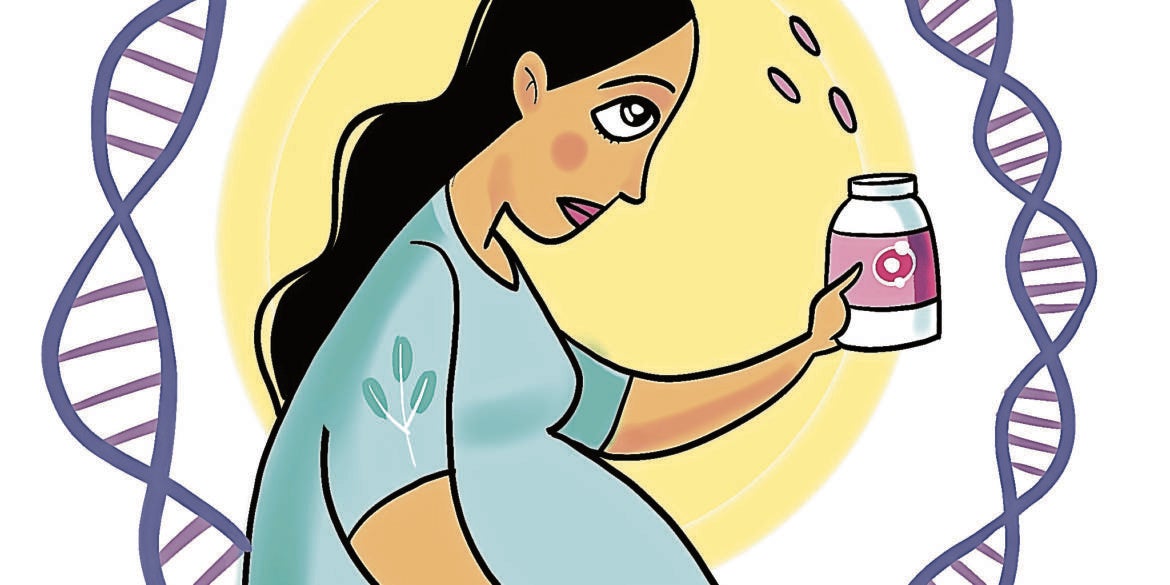 Can molnupiravir cause cancer and birth defects?

It works by disrupting the genetic component of the virus. If it alters the viral RNA, can it not also alter or disrupt the body’s own DNA?

In last week’s column, we discussed that ivermectin and molnupiravir may both be considered valuable additions to our early-treatment regimen for COVID-19. Despite the expected pricey cost of molnupiravir, we still consider it as cost-effective, in relation to the stiffer direct and indirect costs of lockdowns and healthcare exhaustion on the national health and economy. Of course, the much cheaper ivermectin is likely to be, hands down, more cost-effective.

There are some basic differences, though, between the two. Ivermectin appears to be more versatile, and is able to work against the virus on several sites, while molnupiravir works in a more specific, limited site in scrambling the viral genetic composition to prevent its multiplication.

Because of its versatility, ivermectin may be used both for prevention and treatment of early as well as advanced cases, while molnupiravir is currently only supported by data evaluating it in early treatment of elderly and other potentially high-risk cases with comorbidities.

So far, the bits of information we’re getting about molnupiravir are coming from company-issued press releases and interviews with company executives. It cannot be overemphasized that we need to wait for a more stringent expert review of the detailed results of the clinical trial. One concern which we hope could be cleared by our experts is the potential cancer and birth-defect-producing effects of molnupiravir.

Molnupiravir works by disrupting and scrambling the RNA or the genetic component of the virus, hence preventing its multiplication. It mimics two important components of the viral RNA, substituting for these essential components, and sabotaging the replication process of the virus.

In effect, molnupiravir converts the virus into impotent mutants or variants. It’s like giving the virus a dose of its own medicine, instead of allowing it to mutate into more infectious and virulent variants.

This is indeed an excellent mechanism of action for molnupiravir. But the question many experts have in mind is that: “If it alters the viral RNA, can it not also alter or disrupt the body’s own DNA?” It’s textbook knowledge that when you alter the body’s DNA, you’re flirting with danger because you can potentially promote the development of cancer cells.

Early studies in experimental animal cell cultures showed this apparent “red flag.” Professor Ron Swanstrom of the University of North Carolina asked in a published commentary “whether molnupiravir could be metabolized into a precursor of DNA,” that can enter the human host cell nucleus, leading to potential cancer cell formation?

TrialSite, a resource on ongoing clinical studies, reported that the clinical development of a similar molecule to molnupiravir was also abandoned in 2003 when the scientists noted the cancerogenic potential of the molecule.

Cancer-producing drugs or so-called mutagenic drugs can also be the cause of congenital defects or cancer in babies whose parents may have taken these mutagenic drugs when the fetus was conceived or as it developed in the uterus.

The investigators of the Merck study may have been well aware of this potential effect, hence in the inclusion criteria for the clinical trial of molnupiravir, they “required” males not to donate sperm or engage in sex without contraception. The female patients enrolled in the trial were required to not become pregnant or to breastfeed for some time until the observation period for the study was completed, which was 28 days from the first dose of molnupiravir.

Merck brushed off this concern simply with a statement that there is “no evidence of the potential for mutagenicity” for molnupiravir, and that the company is “very comfortable that the drug will be safe if used as intended.”

Based on the limited results included in the press release, there was no indication that molnupiravir had more undesirable side effects than placebo. In fact, there was a higher discontinuation rate for placebo due to side effects considered by the patients to be drug-related.

So, short-term safety and efficacy of molnupiravir look very good. We don’t know yet though what the long-term picture might be, if the cancerogenic potential seen in animal cultures could be significant to cause cancers in those who take it after several years, or if it could cause birth defects or cancers in babies of parents who have taken the drug shortly before or after conception, and during pregnancy.

Merck claims it has conducted extensive tests on molnupiravir in experimental animals and is convinced the concerns on cancer and birth defects are not an issue. However, prominent scientists who have worked on this class of drugs like professor Raymond Schinazi of the Emory University School of Medicine in the United States, are not convinced.

“Proceed with caution and at your own peril,” warned Schinazi, in a published commentary. He was one of the scientists who was working on a similar compound in 2003, and chose to abandon it when the cancer-inducing potential became apparent.

Taking all these positive and negative factors for molnupiravir, we believe that it can still be considered a promising drug included in the early treatment of COVID-19, provided its administration be strictly limited to the elderly, and those with clinical features of a high-risk outcome—the obese, diabetic, hypertensive, with heart disease and other risk-producing comorbid conditions. The risk of dying from COVID-19 in the next week or two in these cases is much higher than the risk of dying from cancer five to 10 years down the road.

We figure that with a short-term administration (five days), the potential cancerogenic effect may not be that significant, vis-à-vis the risk of dying in patients with a high-risk profile. We do not recommend it for long-term prophylactic treatment, which can have a cumulative effect, increasing the risk of cancer development.

Until the concern on cancer and birth defects is adequately resolved, molnupiravir should not be given to females within the reproductive age, and to males, at any age, who have partners within the reproductive age. If, for whatever reason, it was given to these individuals, they should be forewarned about the potential for birth defects in their offspring should the female gets pregnant in the near future. The data is not very clear on this yet, and it’s best to have an abundance of caution in this regard. We suggest that the FDA requires a boxed warning on the package and the drug literature on this potential for cancer and birth defects.

In patients who are already hospitalized with severe or critical disease or those beyond the fifth day of symptoms, molnupiravir should not be given also because it was shown to be ineffective in these cases.

Several countries like the US, Australia and Singapore have already made advance reservations for molnupiravir. Our government may also wish to set aside part of its budget to order the drug at the promised discounted rates, rather than allocating everything for vaccines.

And if most national governments could give molnupiravir such a welcoming accommodation despite its unproven long-term safety, we see no reason anymore why they should maintain a hard line against the good old, safe, effective and cheap ivermectin. If they still do, something is definitely wrong somewhere.