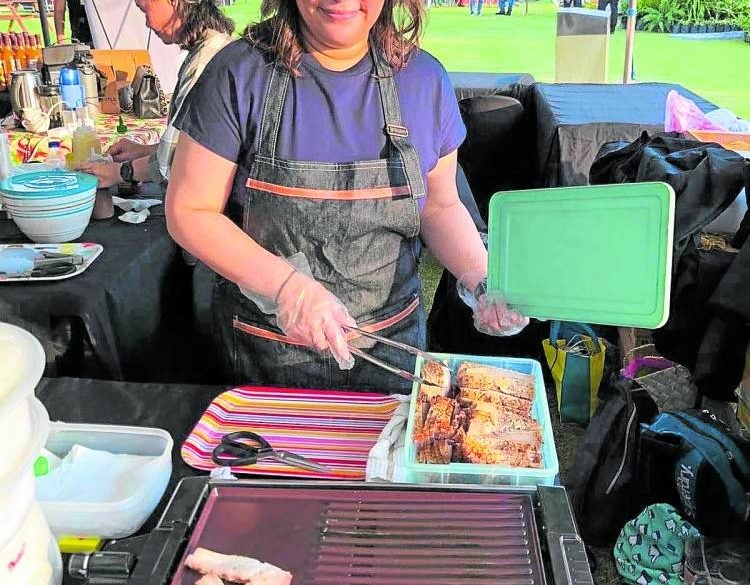 Janice de Belen cooks as well as she acts

Janice de Belen has become known for her cooking as much as for her acting. In her words, “To me, cooking is where my self-esteem is recovered.”

It is cooking, she says, that gives her the comfort of knowing that there’s something else she knows aside from acting.

Janice was first lured into the kitchen at age 9, when her mom Susan handed her a cookbook and told her to choose a recipe for her to cook.

Her mom’s wish then was for her daughter to master just one entry from that cookbook. So Janice cooked her very first dish, which was sweet-and-sour spareribs.

Her penchant for it came much later, when she was already married. The inspiration was brought forth by encyclopedias the couple bought that came with a 20-volume cookbook set. Then, she swore that she’d cook every single recipe from that book set. Of course, that didn’t happen, but it awakened the cook in her.

Being a regular at Café Ysabel, her curiosity was piqued by the sight of their culinary school. She recounted how, for years, she inquired about classes, though in vain—her schedule was simply too full. “I just couldn’t afford it,” she quipped.

I had the pleasure of having Janice in my cooking classes. That was during her “in-between” phase, when she was still in limbo, debating whether or not to enroll in a culinary school full-time.

One fine day, “I just did it,” she exclaimed. She finally enrolled! She figured that if she didn’t take the leap, she’d perhaps regret it. A year after, she graduated from the Center for Asian Culinary Studies.

Janice is in love with food, though she confesses to be a picky eater. There was a time when she and her kids would dine out twice a week. It was her way of developing and exposing their palates to different tastes.

Aside from her many unforgettable roles, Janice has also starred in her own cooking show called “Spoon.”

In the kitchen, Janice describes herself as moody. When in the mood, she churns out dishes nonstop. After that, she goes on hiatus.

Janice is also a “cookbook” kind of cook. She’d browse through them, pick what she fancies and, from there, recreate the dish.

She intimated how she used to cook all the time for her kids. As a mom, she would prepare what her brood craved for. And though things have changed now that they’re older, she continues to entertain and cook for her friends. It was, in fact, her friends who first prodded her to sell her food, as Christmas tokens.

One happy memory of hers is her first bazaar, when all her baked goods were sold in half a day. Her cheese cupcakes remain the most popular item among her offerings. She describes them as bite-sized and yema-ish in flavor.

“If you remember the cheese cupcakes when we were younger, it’s very reminiscent of that,” she said.

Janice is proud to say that everything she sells, she makes. She was even her own bazaar tindera, proof of how much she truly enjoys the food business.

The pandemic slowed everything down, and Janice took solace in the kitchen, cooking and baking for friends and neighbors.

Though busy now with show biz, she continues to find satisfaction in cooking, even if at the end of the day, “I’m so tired and my feet hurt.”

She simply “loves the look on the faces of people, when they exclaim, ‘Masarap!’” Here are two of her recipes.

Melt butter in a pan over low heat. Add cream and keep stirring. Add wine and simmer. Add garlic powder, salt, pepper. Add cooked pasta into cream mixture and coat noodles in it. Transfer to a serving dish and garnish generously with gravlax. Finish with minced dill, fish roe, Parmesan and a wedge of lemon.

Janice loves simple, hearty fare. This next recipe is proof of that.