Unfriended? How to destress after the elections | Lifestyle.INQ ❮ ❯ 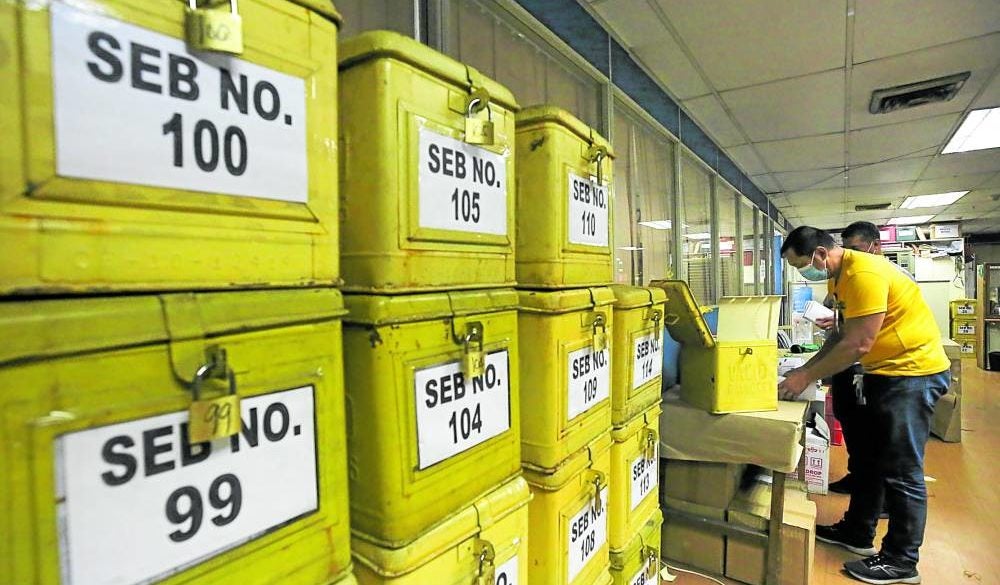 Unfriended? How to destress after the elections

It’s the day after the elections. Historically, this is the election people will long remember, wherein the emotional intensity was at its highest—with feathers getting ruffled, relationships being strained, strange alliances being formed, and social media mired in an uncontrollable frenzy. In short, the national psyche has been upset.

It will take time for the frayed nerves to be healed. There’s no instant soothing balm. But this campaign- and election-related problems are just as real as any established psychological disorder. It’s so real that mental health experts have given it a name—pre- and postelection stress disorder or PESD.

In a 2020 report by the American Psychological Association (APA), majority of Americans were said to be highly stressed by the heated political climate, and close to 50 percent of those surveyed reported being sidetracked in their work because of their preoccupation with the political campaign.

Although we’re not aware of any similar study done here, we believe Filipinos were very much in the same situation here with the just-concluded elections. The PESD could perhaps be more pronounced here.

For some, the PESD could be severe enough to land one in a hospital. We had one patient who had a hypertensive emergency with the blood pressure shooting up to 220/100 mmHg, with signs of an evolving stroke. This was after he had an argument with a family member on their preferred candidates.

PESD may well be an additional factor why cardiovascular problems are spiking in the last year or so. We attributed it to COVID-19, and possibly partly due to vaccination; but there’s a high probability that PESD may be a significant factor.

Anxiety caused by the uncertainty of the outcome can really upset our nerves. Some medical experts compared it to the anxiety of waiting for the results of a biopsy of the tumor removed from one’s body. Is it cancerous or not? One has sleepless nights, worried to death of what the results may show. With the majority’s default setting of exaggerating one’s fears, then one can just imagine the havoc this wreaks on one’s emotion and psychological state.

The same thing is true with PESD. Many have preestablished ideas about what would happen if one’s candidate does not win, and another candidate assumes the position. It may have some bases, but for the majority, it’s mainly a perception problem.

However, the negative thoughts of what may happen have crystallized in one’s mind, and it’s as good as real. The impact on one’s emotional and physical health is also real, and could be disabling if not properly controlled.

As we keep saying in this column, it’s not the stressor or cause of stress that determines how it would affect the person, but the manner by which the person reacts to the stressor.

You may have PESD if you have any or several of the following signs and symptoms: stiff muscles, especially in the neck area and shoulders; headaches; sleep problems; frequently upset stomach; feeling of nausea and vomiting; anxiety and being worrisome; being upset over small matters; depression, withdrawal and social isolation; preoccupation with social media; emotional outbursts; and reduced productivity at work.

If you have PESD, here are some ways you could help manage your PESD:

1. Emotional acceptance. Needless to say, recognizing and accepting that one has been emotionally bothered and affected by the concluded campaign and elections is an important precursor to healing. One then details in one’s mind how one has been affected—in terms of physical and emotional health, relationships, work productivity, finances, etc.

Whatever emotions one feels—angry, disheartened, disgusted, hopeless, depressed—and other signs and symptoms as enumerated above, one should accept and realize that these may be appropriate but exaggerated reactions to the stressor.

One must also accept the outcome of the elections, unless there was really a breach of its integrity—in which case, one should also accept that one may not be in a position to pursue the remedy of the breach actively. After one has accepted everything, one would be in a better position to think more constructively about what one is in a position to do. An emotionally bothered mind will never be able to think in an organized and constructive manner.

One should make an inventory of solvable problems, and “beyond-oneself” problems, wherein one should have the humility and serenity to accept the situation.

2. Release all your PESD-related signs and symptoms. We should learn to let go, and stop ourselves from clinging to these PESD-related disorders, as if there’s nothing we could do about it.

One should assume a relaxed position, either lying down or comfortably seated, with no external disturbances. Turn off your cell phones for 10 to 15 minutes. Meditation and visualization are important in this process.

One should start it with several deep breaths until one feels more relaxed, visualizing relaxation of all muscles from head to toe. One then visualizes each PESD sign or symptom one has as one releases it to God, the source of all our healing, and the only one who could relieve us of all our burdens.

One then visualizes oneself in a relaxed, happy and emotionally balanced state—distinguishing the difference between when one is tense and when one is relaxed. One may help this visualization by clenching one’s fists and tensing the arm muscles as a representation of tension, and relaxing the muscles when one is relaxed.

One may feel silly or awkward at the start, but with repeated exercises, several times a day (preferably upon waking up and just before bedtime), this can help some without going for professional psychotherapy.

3. Reestablish your normal routine and a healthy lifestyle. If you’ve been staying up late, monitoring social media, actively reacting in your various Viber group chats, one should limit these activities and maintain a good sleeping schedule. Sleep hygiene is important in all stress-related disorders. Timing of sleep is also important. For us, 9 p.m. to 4 a.m. is the premium time for high-quality sleep. If we could just have a five-hour sleep within this time frame, then that’s just as good as sleeping eight to nine hours during daytime.

Exercising most days of the week—at least four times a week—eating more fruits and vegetables with lots of antioxidants, and other practices that promote a healthy lifestyle can go a long way in bidding goodbye to PESD.

4. Reconnect also with family and friends. During the campaign period, many of us had strained relationships with close friends, including family members. There will not be any permanent healing unless we make a sincere effort to reestablish the broken ties.

We may have unfriended some of our Facebook friends, and have also been unfriended by others. It’s time to reach out and reconnect with them. A long-standing study at Harvard has shown that of all factors that contribute to one’s happiness and longevity, robust and healthy relationships are the most significant contributing factor.

5. Identify the “stressor situations” and avoid them. One must be able to identify the habits, activities and other factors, including persons, that contribute to one’s PESD. This may be engaging in long hours on social media, watching the news, talking to some persons.

One must moderate one’s use of social media. One may also just opt to read the newspapers rather than watch the news on TV, which may stir more emotions. One also can set boundaries in conversations, such as Viber group chats, to prevent escalation to emotionally tense situations.

May our nation start the healing process.