Too lazy to cook? This home cook has the answer | Lifestyle.INQ ❮ ❯ 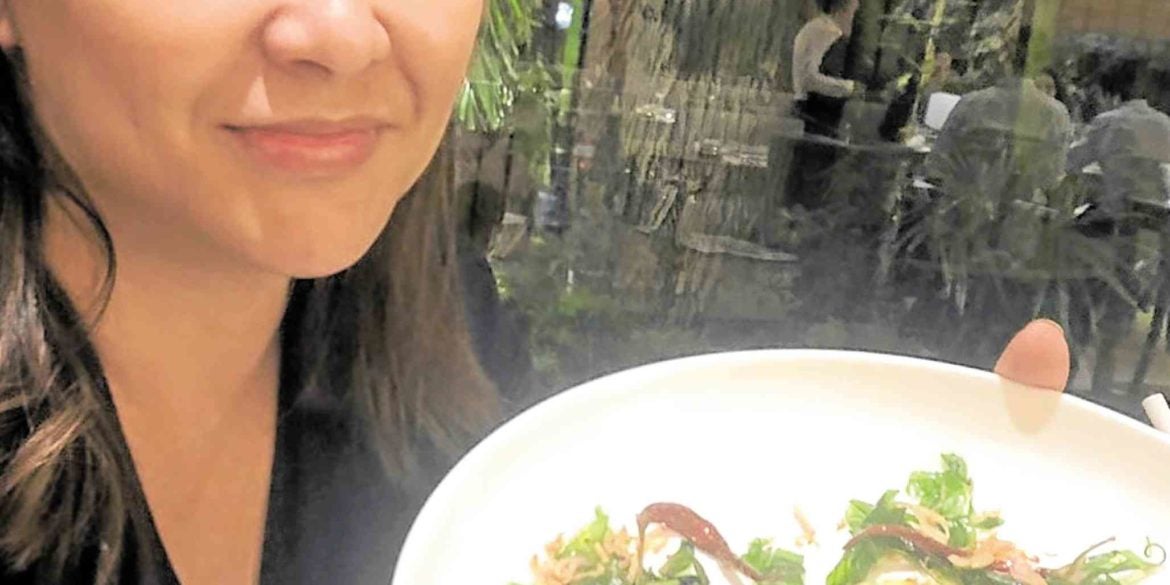 Too lazy to cook? This home cook has the answer

Rita Trinidad is a multifaceted woman. She is a singer, and was a member of the iconic Hotdog Band of the ’70s. She is the wife of celebrity pastry chef Buddy Trinidad of Park Avenue Desserts and a mother of three.

Rita was a born entrepreneur, always busy with one pursuit after another. She has found joy and fulfillment in cooking her specialties to bring the edible pleasures of her home to yours.

The Trinidads have been living in their community for over 20 years and their business, Park Avenue Desserts, is an integral fixture of the Magallanes landscape.

Like everyone during the pandemic, cooks and household helpers were unable to return due to the lockdown. Buddy and Rita got to work quickly, to get the bakery up and running with a handful of staff who lived nearby. By doing so, they were able to provide freshly baked bread to their community.

At the same time, Rita’s home kitchen bustled as she tirelessly prepared hot meals for friends and neighbors. The pandemic was a busy time for the Trinidads. Buddy was not spared from the task of delivering food to neighbors who were unable to leave their homes.

When a neighbor lost her cook, she asked Rita to just include her household in their daily dinner cooking.

“Since we were already cooking for our household, we thought, what’s a few more heads?” said Rita.

That’s how it all began. It was inevitable that Casa Trinidad was bound to be a lucrative home-based business.

The service Rita provides made life easy for those who live nearby; these days, even those who aren’t too close have phoned in to partake of her daily fare.

Rita pens a weekly menu that consists of a salad and a main dish or sometimes a one-dish meal like pochero.

I had the privilege of being pampered by Casa Trinidad for a couple of days.

My food, I recall, would arrive at 5 p.m. The salads were always fresh, crisp and beautifully put together. The main dishes were neatly appointed and visually appetizing.

There’s a certain quality to Rita’s cooking that’s fresh. She has the knack for making natural flavors take center stage.

Nothing served to me was overseasoned. It takes skill to cook like Rita does.

A perfect example of this was her pompano. The fish was merely steamed and seasoned with flavored soy, with a side of steamed bok choy, and it’s such a wonder to me, I can’t seem to get over how delicious it was.

Her chicken curry was pristine-tasting and delicious.

Noteworthy is how her food is delivered at perfect temperature. The salads come cold, and her main course warm.

In this new endeavor, her biggest fan is her husband. Buddy is Rita’s staunchest ally and supporter.

While she and I were chatting on the phone one evening, I heard Buddy’s voice. He chimed in to say hello.

I then took the opportunity to ask what his role was in Casa Trinidad. His reply: “Nothing!” Turns out, he simply eats and enjoys his wife’s cooking.

Rita divulged that Buddy, is also a good cook. She added that there are benefits to having a pro as her adviser. Because of his training, Buddy has influenced a lot of her kitchen habits, like clean as you go, the importance of using the right tools, kitchen safety, scaling ingredients, etc. He is also able to solve her kitchen problems like sauces that break apart.

Rita started to cook at a very early age. She moved to the United States when she was 20 years old.

Coming from a family that cooks and eats well (Rita’s mother and father were both great cooks). the only way she could continue to eat the way she was used to was to recreate her mom’s recipes.

“My specialties are roasts, arroz, pasta and salads and dressings,” she said with confidence.

Asian and Mediterranean dishes feature prominently on her menu. She cooks Thai, Spanish, Italian and Greek food as well, and is currently working on her Filipino.

For her culinary prowess and confidence, she gives credit to her mentors: Buddy, of course, and chefs Jackie Ang Po and Gwendolyn Ozamiz.

Rita shared that for as long as she can remember, she’s found joy in cooking for friends and neighbors. With Casa Trinidad, Rita’s joy never stops!

8 large iceberg lettuce leaves or Lollo Rosa, which is easier to handle

Peanuts and wansoy for garnish

Make the sauce. In a small pot, combine rice vinegar, rice wine and soy sauce; stir in cornstarch mixture. Stir in sesame oil and sugar; cook over low heat just until mixture begins to simmer. Stir in garlic and ginger; cook, stirring constantly, about 5 minutes. Cool. Use immediately or refrigerate up to five days. Makes about 1 cup.

Grind chicken in a food processor or mince with a knife. Place a wok or heavy skillet over high heat; add 1 Tbsp oil and swirl pan to coat. Add chicken in small clumps, breaking up meat as it cooks. Cook until chicken is done, about 5 minutes; drain in a colander.

Divide fried bihon among four serving plates; mound chicken mixture on top. To assemble wraps, scoop some of the chicken and rice sticks into a lettuce leaf; fold or roll. Pass remaining sauce for dipping.