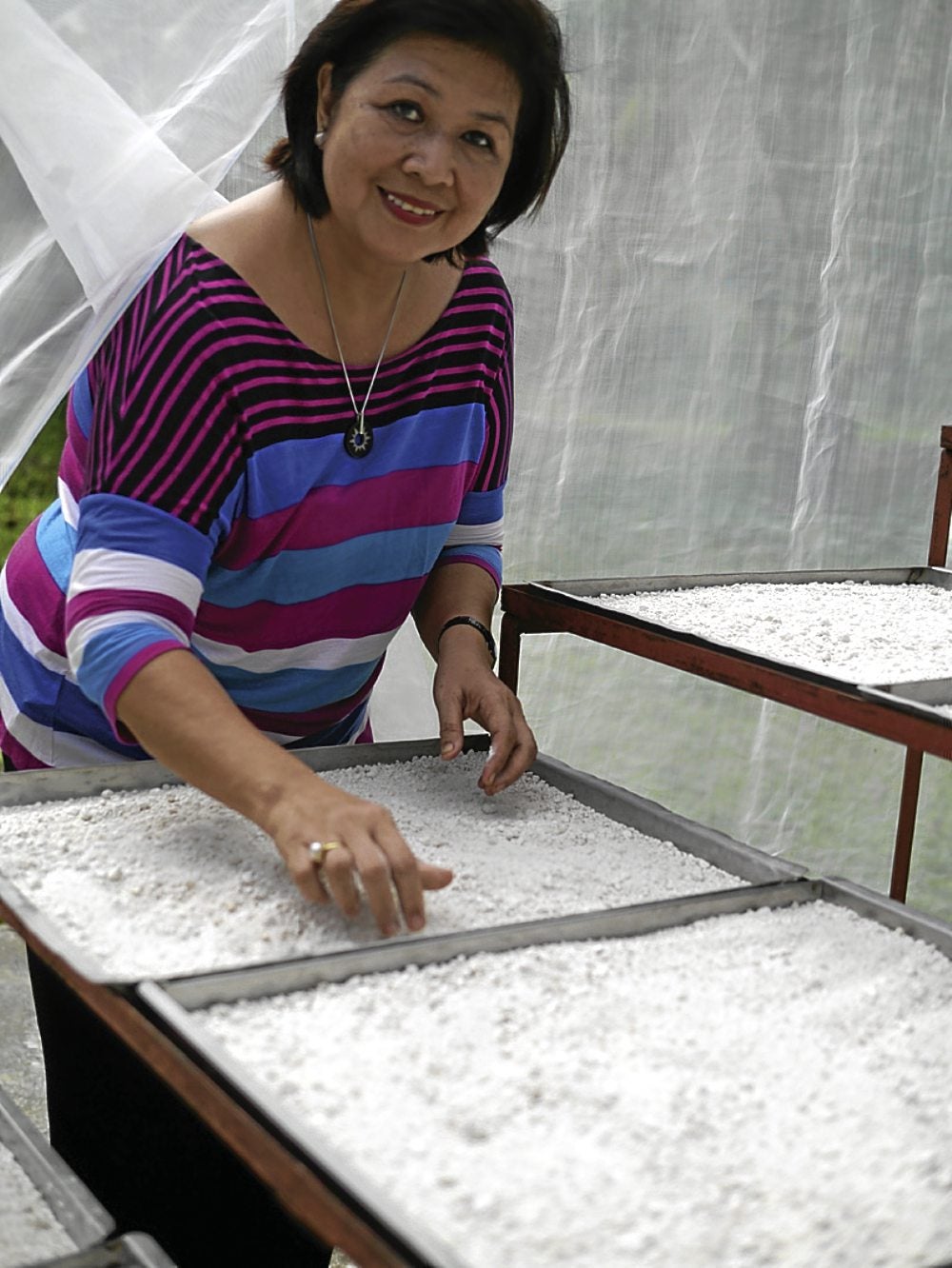 The best crispy ‘pata’ we ever tasted in the country

Evincing sense of pride in her province, Cecille Esperanza finally showed off the Marinduque that she could only talk about before through its products which she would bring to us to taste.

To go to Marinduque can be daunting. The short air trip is expensive. The cheaper way is long because it requires a four-hour trip to Lucena in Quezon, where from the Dalahican port, one rides a ro-ro to land after three hours at the Balanacan port in Mogpog town.

It will take another 90 minutes up several mountains to get to Sta. Cruz, a first-class town that was to be our base, with its hilly contour and where you can still hear the rosary on the radio being recited by grade school students.

Of course, Marinduque is always highlighted whenever Holy Week is around the corner because of the Moriones festival. This is when the community wear Roman costumes from the time of Christ, reenact the life of Longinus, the centurion who thrust a spear through the heart of the crucified Jesus. The “centurions” have their own “clubs” in several towns. They add a folksy touch of antics to entertain the locals and tourists.

While we wanted to witness this folk tradition, we also wanted to taste Marinduque food—without the big crowd. So here is a preview of what to expect in case this is your first time.

It was obvious to us from day one that women are at the forefront of the cuisine in Sta. Cruz. They provide the ingredients and the finished products.

Ka Sayong, or Rosario Pareño, is known for her fresh miki, noodles made of flour, water, salt and food coloring of lemon yellow. She paid a Chinese noodle maker to teach her and this has provided a living for the family since 1970. We witnessed how it was made and learned that the name of tossing the noodles to dry it a bit and mix it with some oil is called hinahalabos.

Ambo (Ambrosia Reynoso), who is hospitality personified, plied us more than once with the best crispy pata we ever tasted in the whole country. The goodness of the pata starts with the ingredient: hock from pigs that are not bulls or inahin (mother pigs). Ka Ambo is uncompromising and will not cook pata that isn’t up to her standards, something she has learned as meat vendor when her late husband, Tirso Reynoso, a kusinero de campanilla or cook-for-hire, was still alive.

The business sent their 10 children through school. Most of them were there to help her entertain, showing us that ties are strong in the Reynoso family. I still dream of Ka Ambo’s crispy pata, the skin truly crunchy, the meat soft and tasty and the tendons very milky.

Uraro cookies are pasalubong items in Marinduque. I had never seen the uraro plant (arrowroot, Maranta arundinacea) or its tubers. When I was shown one, the plant looked familiar and the root crops were like white thin carrots. That was in the processing plant set up by Carmelita Rejano Reyes. She is a third-generation owner of the Rejano Bakery who decided to continue the family business instead of remaining a chemist at Marcopper, the local mining company that has been closed for 15 years.

The processing plant assures supply of the arrowroot flour and encourages farmers to grow them. The process starts with the cleaning and sorting of the uraro, the extraction of the juice that is dried to become flour.

Another uraro cookie maker is Elisa Regio who, before she retired, did her products’ branding, as Lea’s in between teaching in the local school. Her big wood-burning oven outside town are kept going daily only during the high season of the Moriones, the fiesta and Christmas.

Cecille said that some dishes are not what we expect. For example, their kare-kare is like bopis because the pieces are pork innards and banana heart mixed with blood. They call the kare-kare we know as simply kare.

Humba is made of pork skin and fat only mixed with black beans and a bit of peanut butter. Those and a lot more were cooked by Eduardo Rey,  who used to work in the kitchen of hotels like the Mandarin and Makati Shangri-La, but who decided to go home to Marinduque to be with his family. There was chicken in coconut milk with turmeric.

And to stress how the waters around the province yield a rich array of seafood, chef Rey also steamed capiz shells and manakla, or crayfish. He made a soup of punaw or big clams called imbao elsewhere, and red-eyed crabs called bigoy in coconut milk.

The market vendors laughed when I told them that the bigoy was nicknamed adik-adik (addict) in Infanta, Quezon. Pretty soon, they said, that will also be their name for the crab.

In the market, we ate at the carinderia of Helen Palermo where we tasted sweet and sour pork which, again, is not what you think it is but innards cooked paksiw-style with vinegar.

We also had a regular pinapaitan—innards stewed in a bit of bile, and tinaphang pata, or pork hock that is smoked before being cooked in a broth soured with adwas or the libas leaf and with gabi or taro that is called “San Fernando” or “Singapur” in Marinduque. No one can tell me why.

The tinapha, or smoking method, is also applied to beef shin for a different take on the bulalo, for which Dewey restaurant is known.

We met our Moriones who gamely put on their costumes for us to photograph and prove that we did go there. We were accorded the ultimate welcome by pretty ladies, including this year’s Miss Marinduque, Jeanlie Mendoza, who performed the putong, a ritual where we were sung to, offered flowers, showered with coins and crowned like royalty.

For that wonderful stay, we thank our hosts Sta. Cruz Mayor Percival Morales and those at the tourism office—Shirley Fajardo, Samson Padernal and Nida Querubin—and Lilia Rellin, who let us stay in her guest house.