Teen suicide and other hazards of video games for children | Lifestyle.INQ ❮ ❯ 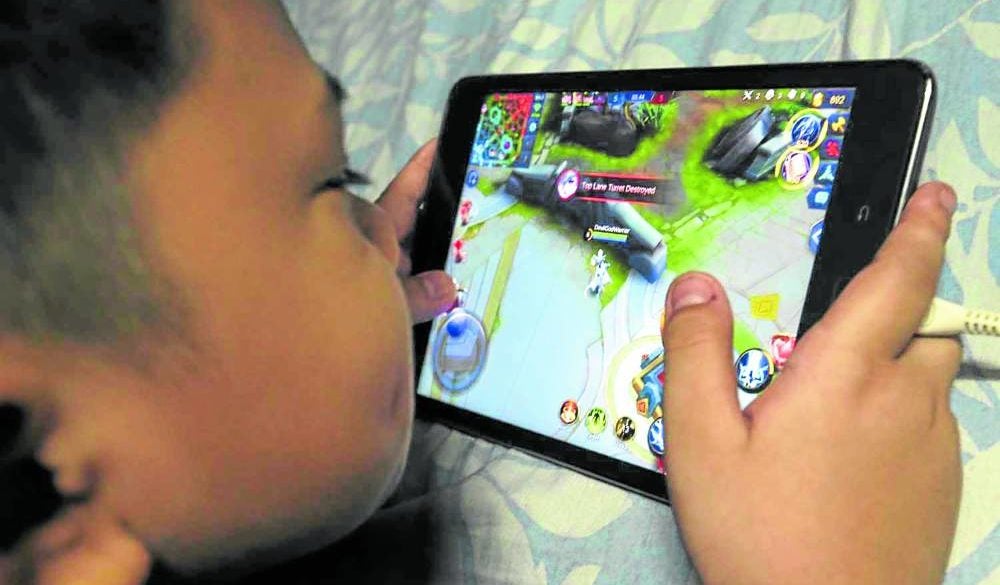 An addictive behavior like video game play affects the child’s memory and learning, and his motivation to acquire other knowledge and skills. —PHOTO by EDWIN BACASMAS

Teen suicide and other hazards of video games for children

A patient came back to the clinic much earlier than her scheduled follow-up checkup because of markedly labile blood pressure (BP) exceeding sometimes 180/100 mmHg. This is considered a severe BP level which might trigger life-threatening complications like a stroke or heart attack.

She was complying with the dietary prescription and maintenance antihypertensive meds we gave her, so we wondered what could be causing her uncontrolled BP, and asked questions on possible high BP triggers. She confided that she and her husband were highly stressed for the last few weeks because of the aggressive behavior of their 10-year-old child. We suggested that they bring him to a child psychologist. Meanwhile, we also advised our patient to limit their child’s use of gadgets particularly for video game play (VGP).

Many children are crazy about VGP to the point of addiction. The unfortunate thing is that some parents even encourage it with the belief that it can increase their children’s dexterity and could even improve their IQ. We now have robust scientific data indicating that this impression is erroneous and misguided.

Although some scientific studies suggest that VGP may improve certain types of visual agility skills, negative effects of VGP outweigh them, with unfavorable effects on verbal memory, attention, sleep, learning and comprehension.

Most children regularly engaging in VGP have demonstrated by sophisticated imaging studies that the release of the hormone dopamine is increased, which is associated with most types of addiction. It may be possible that VGP addiction may serve as a gateway for more serious addiction including substance abuse later on.

A high level of dopamine makes one experience pleasure. Repeated exposure to an addictive substance or behavior such as playing video games conditions the brain cells in key areas like the prefrontal cortex—the area of the brain involved in planning and executing tasks—to crave and go after the substance or behavior causing the release of dopamine. The end result is being “addicted” to the source of pleasure, and in our children’s case—addiction to video games.

Children are too young and yet immature to handle this sudden upsurge of dopamine in their blood. It may be akin to adults winning huge amounts in the lottery and not being able to handle it, leading to all sorts of disasters in their relationships and various aspects of their lives.

Some scientists describe the effect of video games as “hijacking the pleasure center,” which is the same reward circuit in the brain involved with motivation and memory. Since an addictive behavior like VGP stimulates the same circuit, this part becomes “hijacked and overloaded,” unfavorably affecting the child’s memory, learning and motivation to acquire other knowledge and skills. Hence, for many children, they may prefer playing their video games than doing their school assignments or reviewing for their exams.

The scientific literature already abounds with researches on the effects of VGP on children’s and even adult’s brains, many of which are associated with negative psychological consequences. Dr. H. Takeuchi, from the Division of Developmental Cognitive Neuroscience, Institute of Development, Aging and Cancer at the Tohoku University, in Japan, published their study in the journal, Molecular Psychiatry, showing that more hours of video gaming in children are linked to lower verbal IQ and adverse changes in the brain’s white matter. These effects are likely to lead to long-term maldevelopment of verbal functions and other unfavorable changes in the dopamine-producing system of the children’s brains.

The researchers used very sensitive, high-tech measures that can detect microscopic changes in the brain involving the dopamine-producing and dopamine-activated areas. They studied 240 Japanese Grade 4 children and younger (age range, 6-18 years; average of 12 years), and they ranked their VGP from none to four hours.The researchers reported that the more hours spent on video gaming, the stronger the association with lower verbal IQ and subtle changes on brain areas—described as loss of white matter integrity—suggestive of an addiction pattern. These changes were detected after three years of follow-up.

Dr. Robert Kruger, a noted researcher and healthcare professional who’s not involved in the study, commented though that it’s difficult to conclude whether the structural brain abnormalities were the effect or the cause of excessive video game playing. “It is quite possible that children with lower IQs are drawn to gaming because of its intrinsic features whereas more capable children are attracted to more intellectual pursuits,” he wrote.

Since baseline examinations of the brain were done which did not detect the changes, it’s more likely that the unfavorable changes were the effect rather than the cause.

Parents must be conscious about these potentially life-damaging effects of excessive video game playing among children. It is not totally remote that these children would reach an addiction level when they would prefer playing their video games than engaging in more age-appropriate activities that involve more socializing with other children. The hampered socializing skills may be the cause of aggressive behavior, as in the case of our patient’s child.

Aside from aggressive behavior, these children who engage in excessive playing of video games are likely to have socializing problems, substance abuse, depression and failure to cope later on in life. This might well be one reason we have an increasing incidence of children and teen suicide.

Video games are actually just part of the bigger boon-and-bane, windfall-and-downfall packages which modern times offer. Other examples are Facebook, Instagram, Twitter and the internet, which in general are good and enjoyable, but if we spend more hours in them than we should, they can cause subtle addictions that make us prefer virtual socializations to actual in-person encounters. Top that with the pandemic restrictions on social gathering, and the trap may simply be too big to avoid, unless we’re constantly conscious about it. Pray that we don’t fall into such a trap. INQ