Should we treat high BP in elderly and those with end-stage disease? | Lifestyle.INQ ❮ ❯ 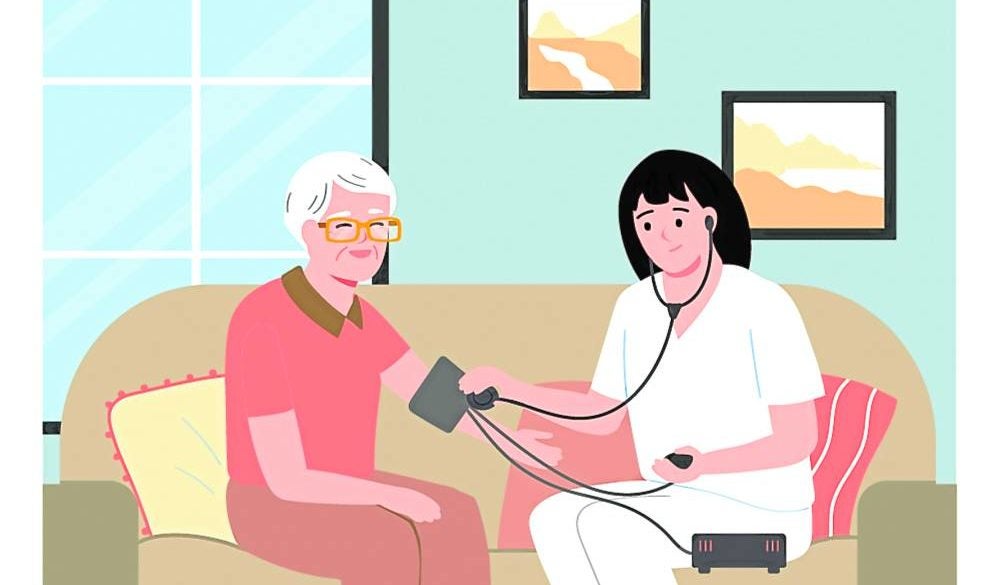 Should we treat high BP in elderly and those with end-stage disease?

I had the honor and pleasure of chairing an interesting debate during the recent International Society of Hypertension biennial scientific congress in Kyoto, Japan. The debate question was: Should we discontinue treatment for high blood pressure (BP) in frail patients (especially the elderly) and those in the end-stage of life?

This is a frequent dilemma encountered by those treating such patients because there is not much data to guide physicians. These types of patients—the super elderly (more than 85 years old), frail patients and those with end-stage disease like cancer—are excluded from practically all randomized clinical trials, which serve as the basis for our treatment guidelines. There is also an emerging hypothesis termed “reverse epidemiology or causality” which suggests an apparent different, actually paradoxical relationship between numerous risk factors and outcomes in such types of patients.

For example, in patients with end-stage kidney disease undergoing dialysis, they’re apparently better off if they’re overweight, have a slightly elevated BP, high cholesterol and elevated blood creatinine levels. Similar relationship of these conventional risk factors has been observed in those with longstanding heart failure, cancer and frail individuals.

In the general population, obesity, high BP and cholesterol levels are considered risk factors, which all need to be reduced and controlled to levels recommended in the guidelines.

Not the only parameter

We need to clarify that we’re not including in this category of frail patients and those with end-stage disease, seniors more than 60 years of age, including those in their 80s who are still physically strong and able. A 90-year old individual who can still carry out ordinary physical activities without symptoms should be treated differently compared to a 55 year old with end-stage cancer, or a 60-year-old patient with longstanding heart failure who is short of breath even with just minimal physical activities.

Physicians use several types of frailty indices or assessment methods to determine if an individual is considered frail or not.Advancing age alone is not the only parameter for frailty. The multifactorial frailty indices strongly predict long-term outcomes including death, disability and mental decline and they have been shown to be more accurately predictive than simple chronological age.

So, going back to the clinical dilemma—should we still be aggressive in treating high BP in frail individuals and those with end-stage disease? There is no clear answer yet to the question due to the paucity of data, but it was the consensus that we should not strictly follow the guidelines when treating such patients. The decision whether to treat or not should be individualized depending on the physician’s assessment of the overall condition of the patient.

In our clinical practice, we generally don’t treat mild elevation of BP up to around 155 millimeters of mercury (mmHg), especially if the BP drops excessively from a recumbent or lying position to a sitting and standing positions. This is called postural hypotension, which medicines for high BP could aggravate and could be the reason for fainting or loss of consciousness (syncope) when they stand up. Many accidents happen such that the loss of consciousness can cause them to hit their heads and develop bleeding in the brain, or fractures. So, in the elderly and frail individuals, it’s important to check the BP in sitting and standing positions.

Aside from the risk of postural hypotension and resulting complications (syncope, intracranial hemorrhage, fractures), why should we not be very aggressive in lowering BP in the elderly and frail individuals?

Published studies have shown that older individuals have a progressive reduction of their BP over time. The diastolic BP (the denominator in the BP) is first to go down, which has been observed to start from 55 years of age and older, such that some elderly may have a BP of 180/60 mmHg. The systolic BP (numerator) remains high but the diastolic BP gets lower. This is called isolated systolic hypertension (ISH) which is common in the elderly.

As one gets older, particularly in seniors 80 years old and older with increasing frailty, a decline in BP over time is fairly common and what may still be considered normal BP in younger individuals may be associated with increased risk of strokes, heart attacks and deaths in these individuals. Hence, the reverse causality hypothesis suggests that a decreasing BP may be considered a marker of declining health status, whereas a higher BP may conversely considered a marker of better health condition. This is a paradox of sorts but such has been repeatedly observed in published data.

The explanation given for this phenomenon is that the arteries become stiffer with increasing age, and in the presence of arterial stiffness, a drop in the BP when under treatment may further decrease an already low diastolic BP, which in turn leads to lower perfusion of the heart arteries. This causes ischemia (lack of oxygen) in the heart tissues, which may lead to heart attacks and life-threatening irregularity of heartbeat (arrhythmia).

In more advanced medical centers, the degree of arterial stiffness can be measured with tests determining functional arterial characteristics (pulse wave velocity, flow-mediated dilatation and other tests for endothelial function). But even without these tests, we can have a fair assessment of arterial stiffness through the blood pressure.

If there is an increased difference or gap in the systolic and diastolic BPs, there is likely arterial stiffness. This difference is called the pulse pressure (PP). In one with a normal BP, say 120/80 mmHg, the PP is in the range of 30 to 50 mmHg. If the PP exceeds 50 and there is ISH (systolic BP more than 140 mmHg), then we suspect arterial stiffness already. The higher the PP, say in one with a BP of 180/70 mmHg (PP equals 110 mmHg), we can safely assume that the arterial stiffness is worse.

How do we treat such patients then? This is where the assessment by the physician of the overall frailty index comes in. The guidelines are also not too clear on this, but the prevailing consensus is that we should try to bring down the BP to less than 160 mmHg, but not less than 150 mmHg in extremely frail individuals. In our practice, we note the response of the PP while on treatment. It should be reduced as well. But if the diastolic BP is already less than 60 mmHg despite an elevated systolic BP (more than 140 mmHg), we may have to stop increasing the dose of the BP meds.

Another important advice we give patients is to monitor their BP at home. Office BP determination may sometimes be misleading. There’s what is called as “white-coat” hypertension—falsely high BP when in the doctor’s clinic, and there is also “masked” hypertension—normal BP in the clinic but with labile BP at other times of the day. With home BP, taken at different times of the day, we can have a fairly good assessment of the patient’s BP problem—especially the BP variability or lability—without having to request for a 24-hour ambulatory BP monitoring.

So, it cannot be overemphasized that treatment of high BP in the frail elderly and those with end-stage disease has to be individualized. A comprehensive assessment by the physician of the individual’s frailty index and long-term outlook (in those with end-stage disease), cautious titration of antihypertensive meds and home BP monitoring are important parameters that can guide one’s decision to treat or not treat, and what type and dose of BP-lowering drugs should be given.