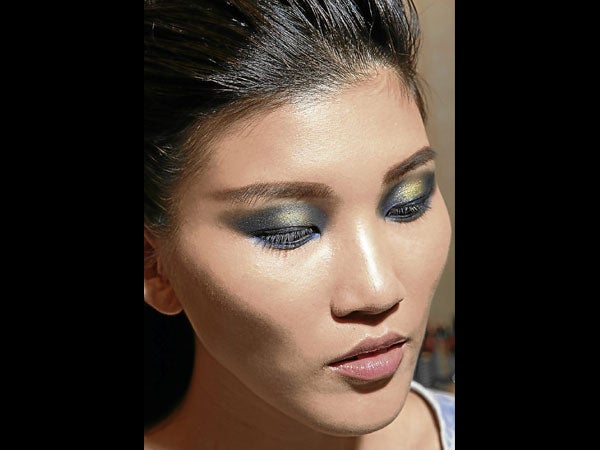 You can say that beauty trends are akin to a new flavor of your favorite brand of ice cream or candy. You’ll immediately want to try it and there’s a big possibility you’ll get hooked.

At least, this is what happens to most of us every season, especially around the time of Fashion Week. Apart from scouring the internet and magazines for our favorite looks, anticipating what makeup we’ll need to recreate them is all part of the fun of makeup. Makeup manages to look fresh, modern and exciting every season—and we’re definitely not complaining.

As I found out at the MAC Autumn & Winter Trend Presentation in Taipei, there’s plenty to be excited about. Four new makeup collections are making their way to this side of the world, and each one is guaranteed to whip any girl into a crazy beauty frenzy.

The running theme throughout the trend was “personality.” Retro-inspired, barefaced androgyny, warrior-accent eyes, more is more, dark eyes paired with an opulent mouth, purposely imperfect—MAC’s newest trends don’t necessarily sound new. But the brand was again able to do what it does best: Take a trend that’s been done before and make it fresh

Read on to learn about these trends and take advice from MAC Taiwan’s senior makeup artist, Think Ko.

“What started off with the idea of a ’60s Brigitte Bardot was brought back to a young modern Lolita,” said Val Garland backstage at the Moschino Cheap and Chic show.

Spring-Summer 2011’s throwback to the ’70s is taken one notch higher (or a decade back) with makeup that counts Twiggy and Bardot as inspirations, though the look isn’t as literal. The focus is still on the feline eyes, mod-long lashes and beige makeup, but it looks very now thanks to the hyper-real luminescent skin, highlighters and an abundance of gloss (on the eyes, cheekbones and lips).

An absence of blush is also part of this look, a stronger brow and, instead of the thick, clumpy mascara of the ’60s, almost feathery lashes.

Think’s makeup tip: In the ’60s, you can see makeup that’s (very) Twiggy—big eye, a lot of lash—maybe even fake lash—and liner that was really strong. The modern way with the mascara, is you can create a big eye but you don’t need to draw a lot of eyeshadow on the eye. Just use the mascara or lashes to make the eye complete. To make the skin fresh, use a

different texture, like matte medium, a little bit of moisture or of shine.

It seems every decade has had its own version of androgyny. The look brings to mind barefaced, no-makeup makeup, which calls for no lashes, hollow cheeks and almost-nothing lips.

But MAC gives us something more to chew on next season: hard, masculine brows, dark, dominatrix-like eyes and a matte lip.

Think’s makeup tip: For the look, I recommend the brow pencil. It can change the eyebrows. And the Mineralize Skin Finish—that’s my favorite to do the contour. For the eyeshadow, you can use a darker eyeshadow in Print. You need to use it with a brush to create a longer eye.

We’ve heard it many times before: When applying makeup, always focus on one feature at a time. But with this trend, an opulent mouth paired with an equally over-the-top lip is how to do it. There can never be too much gloss or pigment.

Garish? Think again. This makeup is far from being heavy or sloppy. Instead, it is applied with precision and technique, but let’s color speak for itself.

Think’s makeup tip: Use sexy, different textures to layer the color and make it look different. You don’t need to put one strong color on your eye. You can put cream color first, then use a different color in powder, and it will be a changed color.

For this trend, focus on two colors, like the eye and the lip. But remember, it has to be the same strength. Think balance. It can be a different color but same intensity.

“They’re all colors that are naturally present in the skin’s tone, including everything from flesh, amber and brown to purples, khakis and grays… They enhance rather than dominate the face, conveying mood more than a definitive feel of makeup,” says Lyne Denoyers.

Amber-Gris, or every shade in the palette from rust, rose and lavender to sand, bark and gray, is beautifully applied in stains and lineless washes, gently blended and always soft. It is applied with a light hand, matched with the same subtle colors, and smudged with your fingers. It is a step up from natural makeup. What you’re going for is a cool, urban-edge feel.

Think’s makeup tip: For eyebrows, if you want to make the makeup softer, do it light. If you want your eyes to come out, then go dark. I think the Brow Set is a really good color for Asian girls’ every day wear.