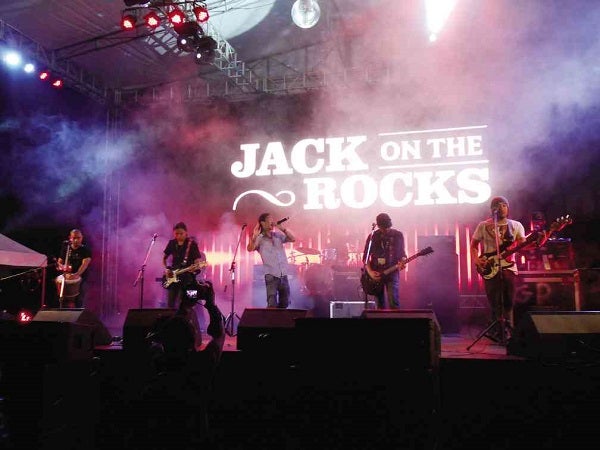 Siem Reap, Cambodia—First thing that hits us after coming down from the plane is the scorching temperature which makes us feel like we’re in a pressure cooker.

But before one can even complain, a female crew member in the airport graciously offers a cold, wet towel and a local delicacy—small, round candies made of brown sugar that perks up our tired bones.

The seafood and chicken welcome dinner at Asian Square, a restaurant not far from Le Meridien Angkor Hotel where we’re staying for the next two days, is highlighted by a presentation of Cambodian native dances and music, the latter reminding us of the ethnic tunes performed and recorded by the likes of Asin, Joey Ayala and other folk music acts back home.

It sounds hypnotic and relaxing as we have our first round of Jack Daniel’s with ice. We don’t really like drinking whisky, but we discover that it actually tastes fine when we let the ice melt a little to serve as foil against the bitter alcohol kick.

Moments later we can feel our body telling us to prepare to snooze on the queen-size bed at Le Meridien—except that Lucielle Fidelino, JD’s PR rep for this trip, whispers: “We’re going to check out Pub Street.”

Pub Street is the center of nightlife in Siem Reap, marked by rows of restaurants, cafes and clubs teeming with tourists and locals. There are curio shops as well, including a sidewalk attraction, “fish massage,” whose operators claim is a soothing experience—a school of fish sucking out all the dead skin cells off our feet. We’re tempted to try it out, but then the loud music blaring from a nearby club beckons.

The place is called In Touch Bar and we are given our second round of Jack Daniel’s on the rocks.

The band onstage, Dreamcast, is composed of Filipino members. It plays a variety of old disco, jazz and pop chart-toppers, mixed with recent hits: “I Love the Nightlife,” “Dancing Queen,” “Better Days,” “All Behind Us Now,” “Moves Like Jagger.”

But the bar has a lousy sound system, and the instruments like the drum set are decrepit; the band, meanwhile, is performing in a mechanical manner which makes the whole scene suck.

The female lead singer, however, looks beautiful and we keep waiting for the moment when our Pinoy pride will be lifted. It happens when the keyboardist switches to electric guitar as the band covers “Poker Face,” the singer teasing the audience and the guitarist flying off with hot solos—Lady Gaga meets Van Halen.

And then we realize that the band finally redeems itself as it shines in “Rolling in the Deep,” “Call Me Maybe” and a reggae treat that ends in “No Woman, No Cry.”

We head for the hotel with a slight buzz from the music and the whisky.

It’s only past 8 a.m. the next day, but the sun is already hurting our skin. We’re heading to Ankor Wat (“Temple City” or “City of Temples”)—the largest religious monument in the world and which appears on the Cambodian national flag as its primary symbol.

A Unesco World Heritage Site, Angkor Wat is a vast temple complex that was built by Cambodia’s ruling monarchy in the early 12th century in honor of the gods of its early religion, Hinduism.

Later, when the country turned Buddhist, succeeding kings built their own temples within the complex in honor of Buddha.

The site is magnificent. We marvel at the temples’ intricate architecture and design, bearing in mind the years that artisans toiled to finish everything.

But what boggles the mind is how large roots of trees had grown over some of the temples when they were abandoned. Some of these trees were seen in the movie “Lara Croft: Tomb Raider” which starred Angelina Jolie.

It takes us four hours to tour three of the temple sites.

Starving and sweating profusely, we wolf down the grilled chicken breast lunch served at Abacus, a restaurant owned by a Frenchman. We notice that Cambodian cuisine is mostly chicken or fish.

Back at Le Meridien, the Jack Daniel’s band showcase, “Jack on the Rocks,” is about to start. The DJ playing warm-up tunes like “Sir Duke” and “Owner of a Lonely Heart” goads us to start drinking whisky.

When Mr. Bones goes onstage, we are struck by the thought that here is a band that can help energize contemporary Filipino music. There is theatrical flair—influenced by gothic and heavy metal—in its songs, whose lyrics mine the rich, vivid imagery of horror movies.

We hear shades of Santana, Ventures, Led Zeppelin, tango, waltz, Russian folk music, classical and whatnot, all of them melding seamlessly into Mr. Bones’ rock-driven sound.

But on its cover of the Rolling Stones’ “Paint it Black,” the band’s frontman, Mr. Bones himself, falters on vocals, with the others’ backup singing inaudible.

Nonetheless, the party gets off to a rousing start; the other acts that followed—Singapore’s Goodfellas and Cambodia’s Aok Sokunkanha are warmly received by an audience dancing and sweating, whisky cups in hand.