Are you ready for Cebu’s five-in-one ‘siopao’? | Lifestyle.INQ ❮ ❯ 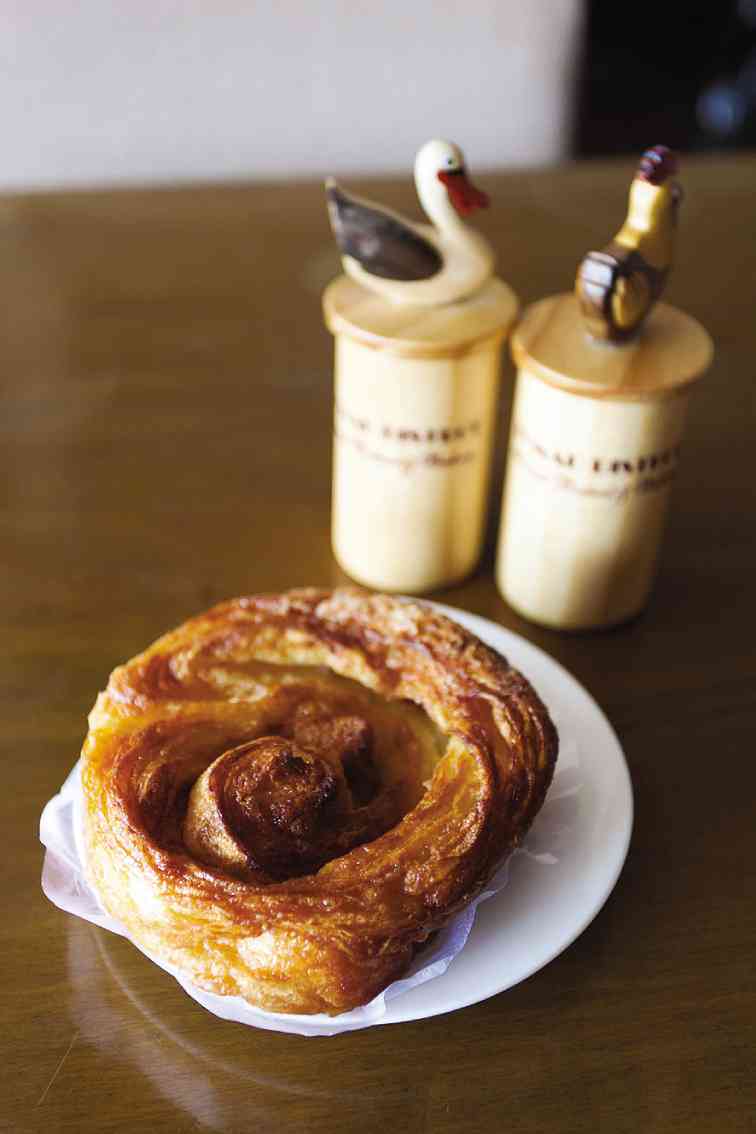 Are you ready for Cebu’s five-in-one ‘siopao’?

A big chunk of butter was being sliced in the kitchen. But it wasn’t just any butter; it was from Brittany, used in several pastries displayed as one enters Tymad Bistro.

Tymad is a Celtic word which means “good house,” said Philippe Estienne, who is from Provençe and who cooked in Brittany. He visited Cebu once and came back to open this place known for crepes and for its buckwheat counterpart called galettes.

Folded into four toward the center, the galettes can enfold salmon, cheeses, pork, fruits, chocolate sauce. Because the crepe is made from buckwheat with a bit of white flour, the galette is chewy. It is perfect any time, but I would have it for breakfast—it’s filling, different and can bring a smile early in the morning.

Breakfast away from home usually means having it in the hotel, since that’s usually part of the package. What was an added pleasure staying at Radisson Blu Cebu was that it gave me three choices.

One was the long buffet at Feria, where American, Continental, Filipino, Chinese or Japanese can be cooked for you. My huge executive room gave me access to the Business Class Lounge on the 20th floor, where a quiet first meal away from the bustle of Feria can be had.

But I liked the Parisian breakfast best because it’s closest to the way I like my almusal—breads, fruits, cheese, butter and jams, coffee and tea. It’s at the lobby lounge area where the huge samovar serves as a marker.

Siopao can be a great breakfast alternative, and it was recommended that we have the toasted kind. But it was late afternoon when we got to Taitong Steamers Foods (yes, that’s what it says). Just order out, said a friend, but owner Tony Aik Pua would have none of that, and hence appeared dishes he wanted us to taste.

Did we want siopao? Well, there’s an even better one called “five in one,” he said, and which proved to be true—overstuffed bun with asado, chicken, bola-bola, egg and Chinese chorizo. This is the resto’s sort of bread and butter, because he delivers a lot of orders to Manila.

Tony is Malaysian, but he liked Cebu and so he opened this business. I certainly would go back for Moss Soup and Chicken Claypot Rice as well.

Taitong is at AS Fortuna, Mandaue.

Another Malaysian and his Filipino wife decided to open The Oriental Spice Gourmet in Cebu. Cyril Sia and wife Mary Ann Tan operate this simple but clean restaurant, where all the dishes are priced at P150 and the menu encompasses Chinese, Thai, Malaysian, Singaporean and Indonesian.

And so our group decided on three noodle dishes (mee goreng, char kway teow and pad Thai); rice was nasi goreng kampong; meat plates were spicy beef and sambal chicken. In case we didn’t find it hot, extra chili sauce can be requested.

This was a Southeast Asian moment. It was also the time when I was reminded of a Cebuano saying that Jude Bacalso told me: “Bahalag lami, basta barato.” (Never mind delicious, as long as it’s cheap.)

But so far, much of what we had eaten was so affordable and yet so good.

From France to Asia, our trip brought us to Lebanon at Beqaa. Of all Middle Eastern cooking, Lebanon has perhaps the most varied cuisine because it has four seasons and was considered the “Paris” of the region before the civil war there.

Named after the Beqaa agricultural valley, the restaurant is the latest project of Jason Hyatt, who owns the Abaca Restaurant Group, all in Cebu. Executive chef of the group is Wade

Watson, who was cooking there that evening.

The food reminded me of Lebanese food I had in Dubai, and at another hotel here where the chef wasn’t visiting but was a permanent feature for the food that Middle East visitors look for. The meat platter was as hefty with lamb chops, beef and chicken kebabs, lamb sausage and meatballs served with potatoes. One expected hummus, baba ghanoush and labneh (dips of chickpea, eggplant and yogurt), and they were there.

But whether serving Italian, Vietnamese or Lebanese, the chefs always like to point out that, as in the case of Beqaa, it isn’t a Lebanese restaurant but a restaurant that serves Lebanese food.

Beqaa is at Design Center of Cebu, AS Fortuna.

We did get to rest our stomachs by visiting The Jesuit House, a heritage place, Kenneth Cobonpue’s showroom that features his furniture design, and the new Pedro Calungsod Church with its many walls. But that’s another story.