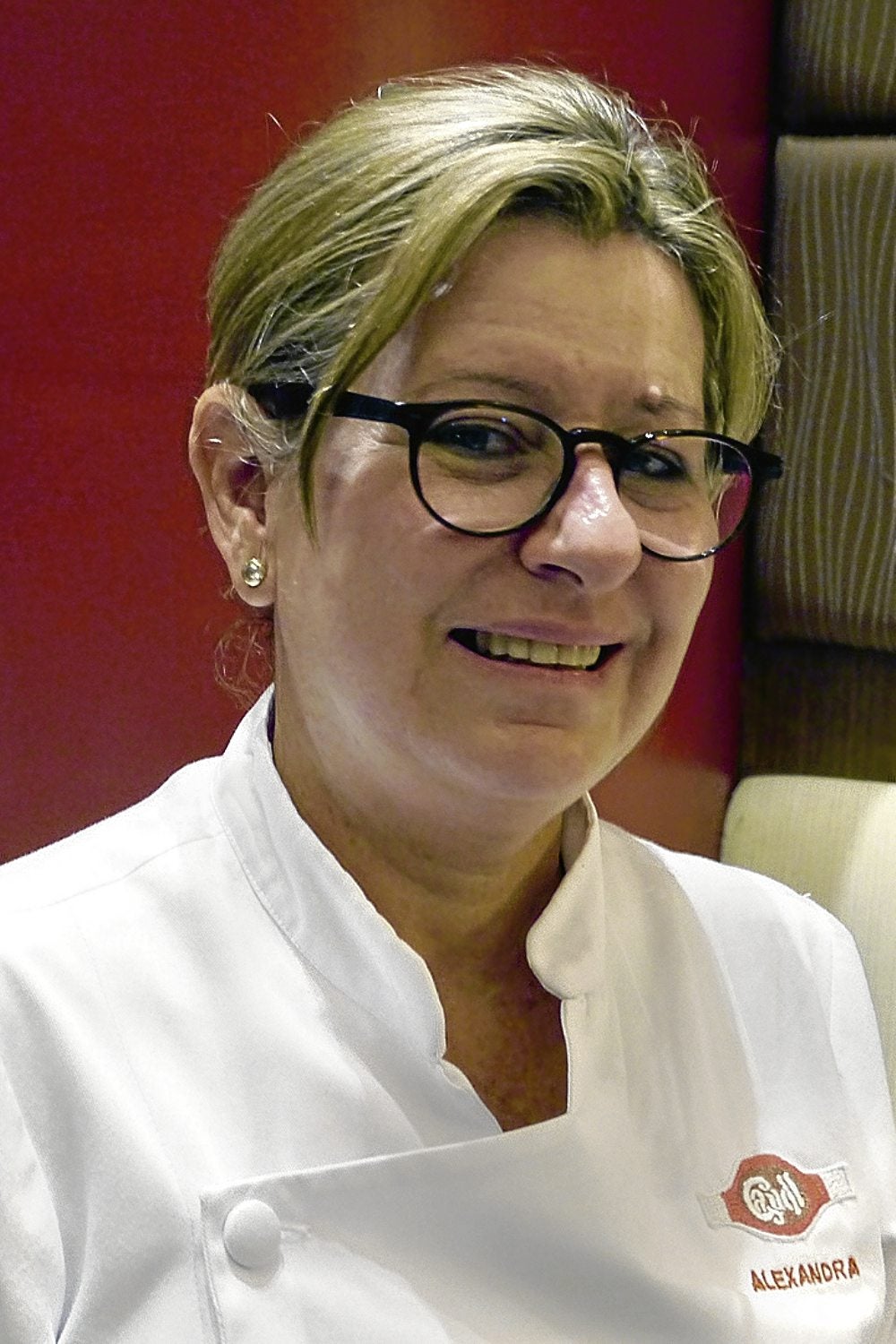 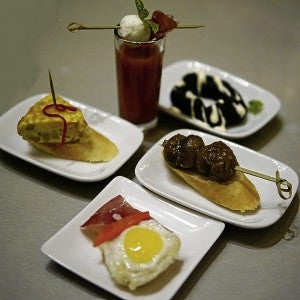 For the launch of the October Spanish Tapas Festival, there were tables on two sides featuring the offerings of the six participating restaurants. Going through each one could be called the equivalent of a tapas crawl or de tapeo, and because of the crowd inside the function room at Enderun Colleges, one literally had to crawl to get from one table to the other.

Thankfully, two of those restaurants were visited for a pre-launch tasting that was leisurely and very unlike the usual frenzied tapas bar scene in Mother Spain. Tapas or pintxos, as the Basques like to call their version, can be the equivalent of appetizers in other countries. There are the traditional tapas such as gambas, tortilla and slices of jamon, but today’s chefs like to be more creative and their output is more akin to the amuse bouche, the bite-size chef’s complimentary tasting that is not on the menu.

Tapella at Greenbelt 5 in Makati is near one end of a long ground-level restaurant corridor. Its name combines tapas and paella, but you wouldn’t know that if you were not told. The chef is Alexandra Cacho whose other restaurant, Gaudi, is also a part of the festival. Cacho is from San Sebastian, Spain, though her family (Got) has been here as far back as Tabacalera’s own tobacco growing and processing history.

Served first was a small glass of gazpacho with watermelon (sandia) and a bit of goat cheese. Bread with mushrooms cooked in red wine (champi tamboril) was next.

Also on bread was the familiar omelet (tortilla) with chorizo. Looking like a small version of the eggs benedict was the cojonudos, Serrano ham with quail egg and peppers.

And then Calamares Bulli, ink-blackened batter wrapped around squid rings and named after the elBulli restaurant of Spain’s most famous chef, Ferran Adria.

Chef Cacho served a paella as well, this one she called Manchego, which has bits of the famous Spanish ship’s milk cheese. As if that and the tapas weren’t enough, she brought out chicken with couscous and, best of all, a chuleton, Angus prime rib steak that cooked perfectly to your doneness preference over a contraption she designed, ceramic plate with sprinkled salt over an enclosed flame that kept the steak hot. (Tapella, tel. 7572710) 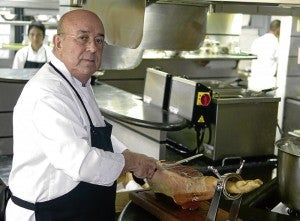 informed us, the name familiar because it was one of the premium hams pointed out to me at the jamoneria in Madrid we went to. The jamon wasn’t on our menu, but Juan Carlos or JC wanted us to have a traditional tapas using only the very best product.

Product-selling is Terry’s original business that still thrives in his Terry’s Selections. His bistro began as a small sandwich place that occupied a small area on the second floor bodega where the Segundo Piso is now located. In 2003, his first full-fledged restaurant opened.

JC decided to go nontraditional after the jamones. An attractive piquillo pepper was stuffed with tuna belly coated with anchovy cream (Piquillo Vasco).

Air-dried beef (cecina) sat on top of a gazpacho cream then pricked with a piece of shrimp. Oysters were cooked as tempura with aji sauce (Pavia de Ostras).

A dumpling of Jabugo chorizo was served with Majon cheese, cow’s milk cheese from the island of Menorca.

Savory cake with Manchego and jamon Trevelez from Granada is given the amusing name of Don Quijote Loco.

But my favorite is the Callos Escondidos, the callos encased in bread and topped with sausage slices. (Terry’s Bistro, tel. 8438897) 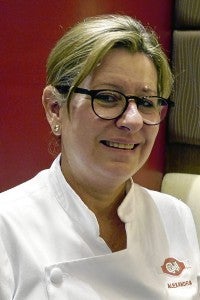 All those he served during the Spanish Tapas Festival launch, making sure that each piece was hot from the kitchen. The way people crowded around the table to get a piece made me glad that I had my fill days before.

Doing the crawl at the launch, I edged towards Jay Gamboa’s El Cirkulo where poached eggs with ham in cone containers proved so good.

Then we had some croquetas at Wine Depot and beef mounted on bread at Barcino’s.

Next time, I should chuck the handheld bag and use a shoulder bag instead so I could have one hand carry my drink (wine like the smooth Bilbao, or a traditional fino or sherry), and the other the chosen tapas.