‘Do you want a leg or a breast?’ | Inquirer Lifestyle ❮ ❯ 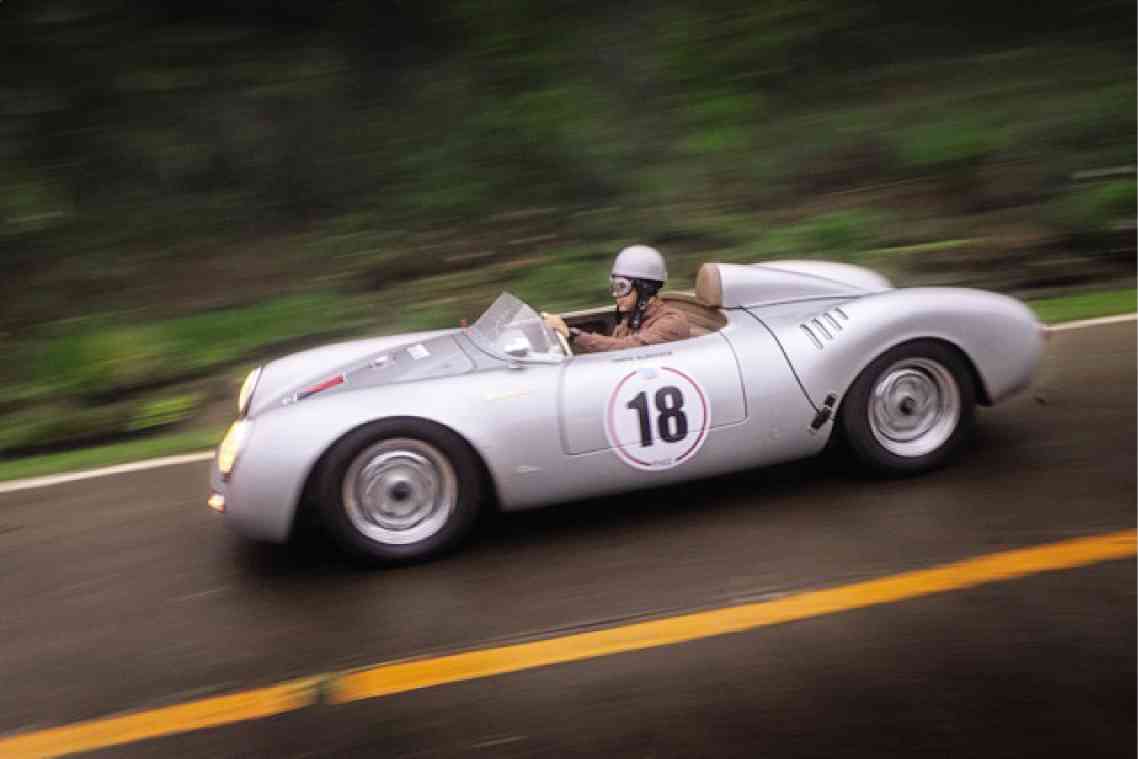 There are reasons why vintage car collecting is a hobby peculiar to men. It involves distinct characters and personalities, enormous time and patience. The passion and commitment are no different from a man’s wooing and pursuit of a woman who is way out of his league.

That’s how Kenneth Cobonpue describes his intimate affair with his four classic cars. The world-renowned industrial designer is a passionate vintage sports carcollector.

“You have to learn to drive it well and drive it fast. You have to love and understand cars. There’s an art to everything, from unlatching and taking out the buttons to folding the top. Even the way you shift gears has to be slow, unlike the modern car. Like making love, there’s foreplay here,” he said, laughing.

There’s almost always some flirtation and double entendre where cars are involved. Even Grace Kelly was moved to make an improvised line in the romantic thriller “To Catch a Thief.”

In the movie, Kelly was driving along the French Riviera in an elegant 1953 Sunbeam-Talbot Alpine Sport Mk. I with co-star Cary Grant. When they took a picnic break, she delivered the now-famous (improv) line to Grant: “Do you want a leg or a breast?”

And this was exactly the era Cobonpue harked bark to—the golden age of curvaceous automobiles and ’50s glamour— when he and the other members of Cebu’s vintage car club, the Performance and Classics Enthusiasts (PACE), staged the first Tour de Cebu.

PACE had the support of the Manila Sports Car Club (MSCC).

In a regularity rally, participants are graded according to how close they make it to the ideal time of a specific stage.

In a regularity rally, drivers are penalized if they arrive too early or too late for each stage. The objective is to maintain precise average speed and time.

Tour de Cebu kicked off at the Ayala IT Park, its stage inspired by Mille Miglia. Each car drove up on the stage. After the flag-off, it went down the ramp and on to its thousand-mile journey.

The rally was supposed to cover Dumaguete and Bacolod, but since Typhoon “Ruby” had been predicted to make landfall the next day, Cobonpue said they decided to drive along Cebu instead. Each car had a team of mechanics.

It takes a certain personality to maintain a vintage car, Cobonpue said. Taking the car on a long spin at least once a month is the easy part. Learning how to ride one is not. No two vintage cars are alike.

Mastering the drum brakes (based on friction), for instance, requires major skills. Many old cars rely on drum brakes.

For them to work, drum brakes must be heated up—the driver must step on the brakes more than once to stop the car. It gets tricky during descent when the driver steps on the brakes intermittently.

“By the time the car goes down the hill, the brakes would be overheated. So now you’d have to wait for it to cool down before you can use it functionally. You always pray the breaks won’t fail you,” Cobonpue said, laughing.

Such details, among other little things, transform a man’s relationship with his car from infatuation to love and devotion. And the wives, said a still laughing Cobonpue, don’t mind this affair one bit.

Cars must stay true to its original make, from chassis down to the screws.

But it’s not just the cars that need to remain authentic. In the Tour de Cebu, Cobonpue said, the drivers were required to dress in the period their cars were manufactured in.

There’s a photograph of 1950s American star Dean Martin riding a Jaguar XKE. This vintage car was the “Shaguar” in the comedy movie, “Austin Powers: The Spy Who Shagged Me.”

Actor Dominic Ochoa paraded his 1969 MGB GT. He took pains to rearrange his schedule to attend the Tour de Cebu and fulfill a promise he made to his late father, veteran racer Boy Ochoa. It was his father’s dream to join and organize a Mille Miglia-inspired rally in the Philippines.

The next Tour de Cebu will be on Aug. 29-31. It will be open to those whose cars comply with the requirements set by the organizers. “No bugs please; just sports car. We don’t take anything that’s old with four doors,” Cobonpue said.

Actor Matteo Guidicelli, who missed the first tour due to Typhoon Ruby, is expected to join.

All proceeds will go to the Emergency Rescue Unit Foundation.