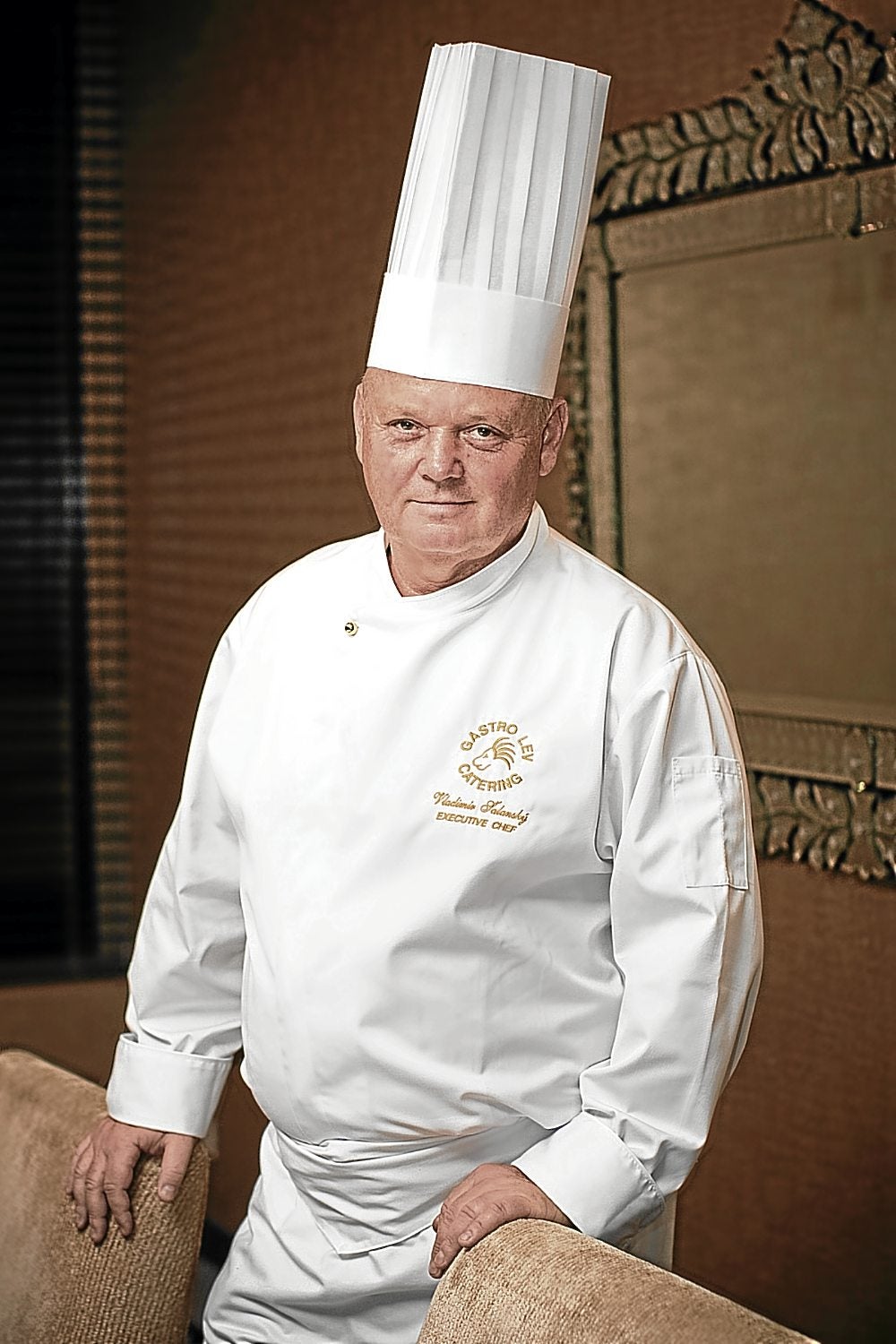 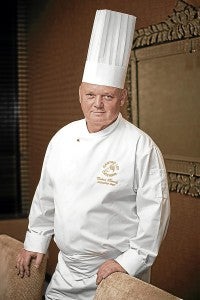 Just yesterday I knew very little of Czech cuisine; the little I knew of it came from my readings. Today, however, during a lunch at Dusit Thani Hotel’s Basix Restaurant with Ambassador Josef Rychtar of the Czech Republic, this theoretical knowledge became experiential.

Now I know what South Bohemian headcheese tastes like, how soothing the Czech version of potato soup can be, and I can understand why svicková is served to friends and family on special occasions.

These were all dishes prepared by award-winning Czech chef Vladimir Salansky, and he is serving them as part of the buffet in Dusit’s Basix Restaurant during the ongoing Czech Culinary and Cultural Festival.

Indeed, the lunch with Ambassaro Rychtar was a very savory introduction to the tastes of Czech cuisine. The South Bohemian headcheese was a mosaic of meats and vegetables that included pork tongue, onions, celery and carrots, held together by a clear, gelatinous aspic. A cold dish, it made an ideal meal starter as it posed a question mark on the palate that left us wondering—after this, what’s next?

The old Bohemian potato soup, on the other hand, made me imagine sipping the warm, comforting liquid in a cozy dining room while chilly winds outside announced the start of the autumn season. Its soothing depth of flavor was no doubt the result of long, patient simmering and a well-tempered combination of potatoes, garlic, onions and marjoram—all made earthier by the presence of forest mushrooms, the likes of which had been flown to Manila all the way from the Czech Republic. 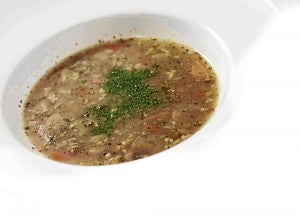 Not that mushrooms are much of a novelty in their country. According to Ambassador Rychtar, hunting for mushrooms is a favorite pastime among the Czechs. There are hundreds of mushrooms to be found in the Czech forests, and the challenge is not only in finding as many as one can, but also in being able to distinguish between the edible ones and the poisonous ones.

As for the svicková, a measure of how well-regarded it is was the ambassador’s admittance that when he is in his hometown of Moravia, his mother lovingly prepares the dish for him. Luckily for us non-Czechs, the dish is easier to appreciate than it is to pronounce. Tender beef medallions were splashed with a buttery mustard emulsion that tasted like a cousin of the French bearnaise sauce. This was served with a pair of dumplings, which is to the Czechs what rice is to Filipinos. Lemon wedges and a spoonful of cranberries completed the dish’s flavor structure. 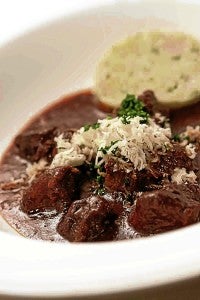 Another mainstay of Czech cuisine is beef goulash, which is a staple dish of Hungarians, too. This rich beef stew is spiced with paprika and marjoram and is often served with a dollop of sour cream.

Despite their unfamiliarity with English-written recipes, chef Vladimir and his assistant Klara were able to give me a translation of their goulash recipe. I tried it in my kitchen and, while I can’t vouch for the authenticity of my own Makati-cooked Czech goulash, I can certainly say the dish was more than good enough to serve for dinner last night. It reminded me somewhat of mechado, but with an Eastern European flavor.

(The Czech Culinary and Cultural Festival is available at Dusit Thani’s Basix All-Day Dining Restaurant for lunch and dinner until Oct. 27. For reservations, Call 2388888, or e-mail [email protected])

Heat olive oil in a large pan or cooking pot and sauté onions until lightly browned, around three minutes. Remove onions from pan. In the same oil, sauté the boneless beef cubes until brown on all sides (you may have to do this in batches so as not to crowd the pot). Return onions to the pan together with all the browned beef. Season with paprika, marjoram, salt and pepper, then add tomatoes and garlic. Pour in beef broth.

Bring to a boil then lower heat to a simmer. Let simmer until beef is tender, around 1 ½ hours. While beef is simmering, combine flour and water in a small bowl and mix together until flour is dissolved. Set aside.

When meat is almost tender, blend the flour mixture into the simmering liquid to thicken it. Continue simmering until meat is tender. This is traditionally served with Czech dumplings, but it is also good with rice.

For more recipes and tips, visit www.normachikiamco.com, or go to Facebook.com/normachikiamco. Follow the author on Twitter: @NormaChikiamco.

Chef Vladimir Salansky uses beef neck in his recipe, but you may also use stewing beef or pochero-cut beef.

Instead of beef bouillon, you may use beef broth. For a quick beef broth, put two beef broth cubes in six cups water and simmer until broth cubes are dissolved.

If you want a stronger flavor, increase the amount of paprika and marjoram.

In some recipes, cubed potatoes and carrots are added to the beef during the last 25 minutes of cooking time. In other recipes, the dish is also topped with sour cream just before serving.