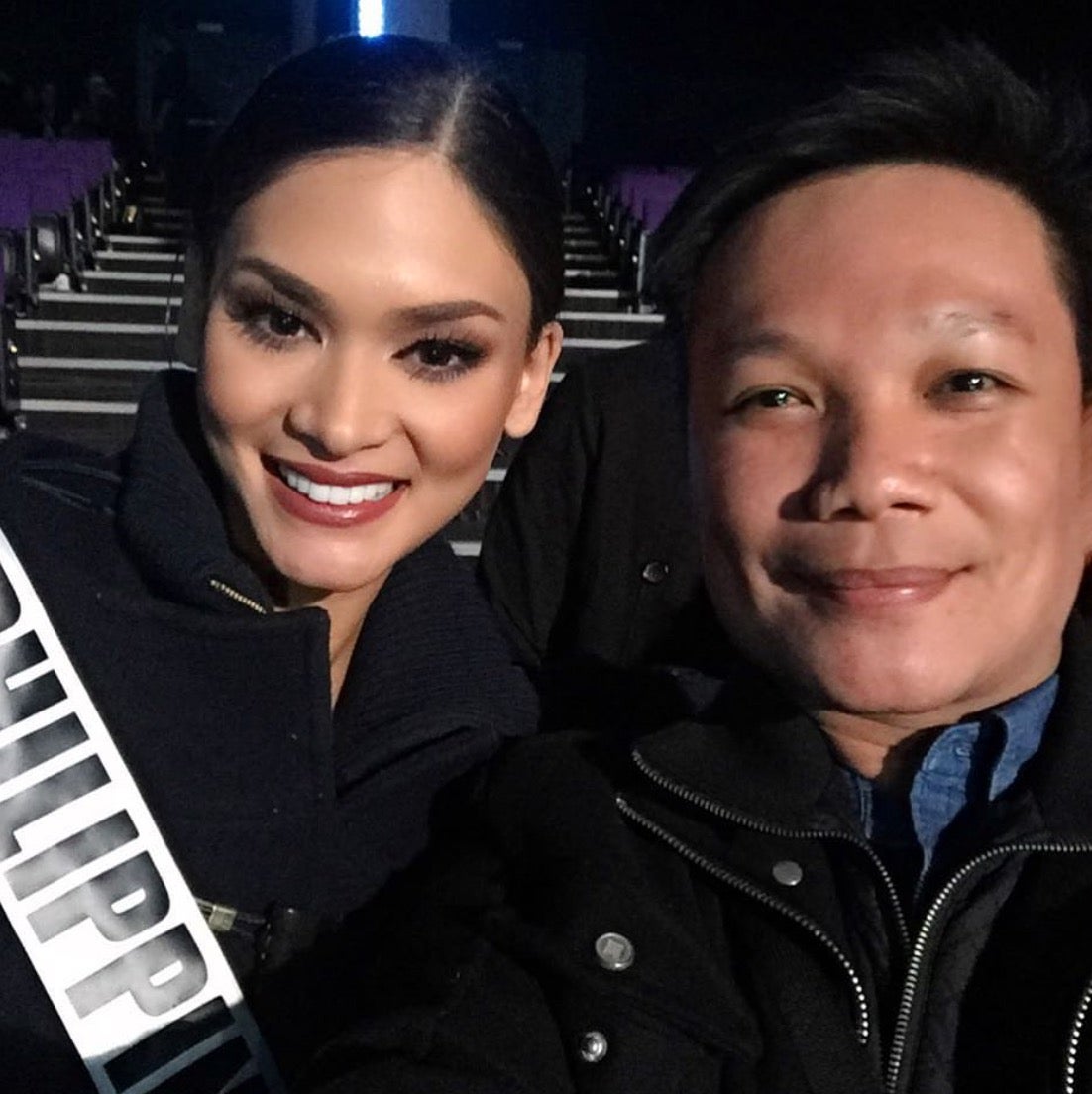 You have power to make Pia Wurztbach win

Miss Universe-Philippines Pia Wurztbach betrayed none of the drama she witnessed the day before, as she glided with poise on the Planet Hollywood Hotel stage in Las Vegas wearing a flaming red crepe de chine gown with Swarovski-beaded bodice and thigh-high slit by Los Angeles-based Filipino designer Oliver Tolentino.

Those who made it to the top 15 would be revealed on Sunday evening (Monday morning in Manila), as Miss Universe stages its coronation night also in Las Vegas.

The problem stemmed from Filipino designer Albert Andrada’s failure to arrive on time with Wurztbach’s beaded blue gown for the preliminary show. The said gown was reportedly approved by Araneta only last December 9 in Manila.

“At one point, Araneta thought they had it all planned to supplant her instructions,” said our source.

She reportedly insisted that Wurztbach wear an off-the-rack black and white gown from Cumbia as an alternative, while Gaffud wanted her to wear Tolentino’s red number, which he borrowed as back-up only hours before.

Wurztbach was reportedly asked to fit both gowns. Araneta still wanted her to wear Cumbia, while Gaffud held his ground and insisted that Tolentino’s gown was better.

At one point, their creative differences became so heated that Gaffud was reduced to tears. Wurztbach found herself caught in the crossfire.

In the end, Araneta relented after reportedly realizing the amount of hate mail she got from Filipino pageant fans for her decision to make then Miss Universe-Philippines Mary Jean Lastimosa wear a white mermaid gown by Colombian designer Alfredo Barraza.

Pageant fans could now heave a sigh of relief since Wurztbach got good reviews for both her gown and swimsuit performances from beauty contest gurus. She made it to almost everyone’s top 15 list.

Hopefully, her overall showing was enough to secure for her a coveted spot in the judges’ scorecard. Just like in previous editions, a different, more famous set of judges will decide the outcome on Sunday.

Will she or won’t she change gowns on coronation night? Who will have the last say this time on what gown to wear as Wurztbach tries to slay the competition? Whatever she ends up wearing, you have the power to help her achieve her dreams.

For the first time in its 64-year history, organizers (billionaire businessman and Republican presidential wannabe Donald Trump sold the pageant earlier this year to IMG) are giving global audiences a say on whom to crown.

They can cast their votes for their favorite delegates during each series of competition in the live telecast. The worldwide scores will help determine which girl will be crowned the next Miss Universe.

Tune in to the pageant’s live telecast because voting is real time. Fans can only vote from 7 to 10 p.m. Eastern Time on Sunday, December 20. Visit MissUniverse.com for details.

Pia Alonso Wurztbach is counting on you to help her become the Philippines’ third Miss Universe. Don’t let her down!