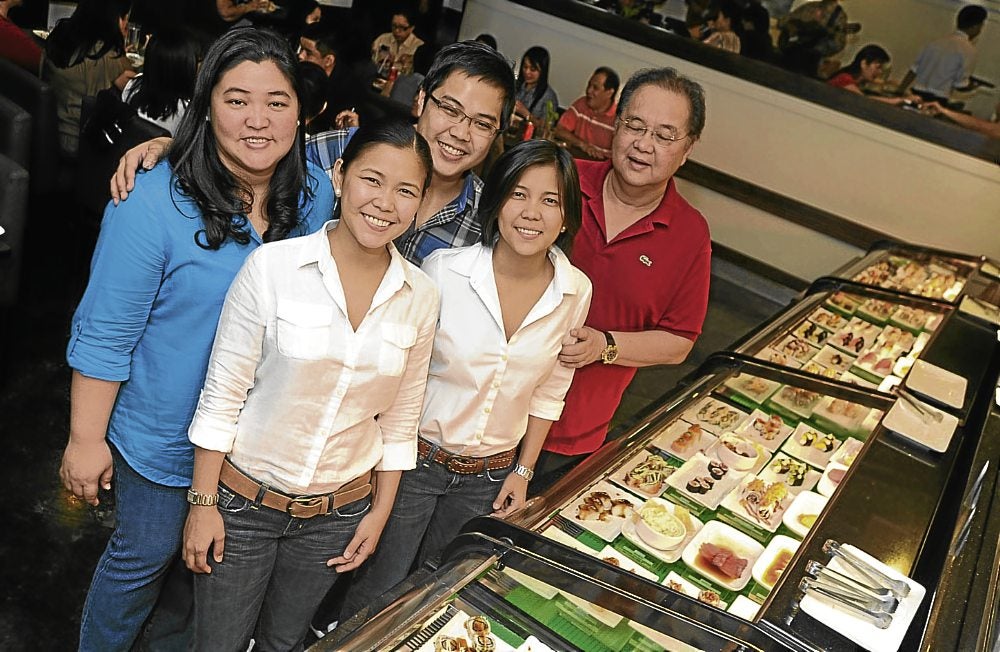 If you didn’t know Vicvic Villavicencio, you would have missed him weaving in and out of the noontime crowd of his hugely popular Kamayan, Dads and Saisaki buffet restaurants. But instead of piling goodies on a plate, Villavicencio, a jolly fellow who arrives at his Glorietta, Makati branch together with four of his six children, will only check out the various food stations before settling down with nothing more than a glass of iced water.

Apparently, the man who “had to eat for a living,” as he puts it with a chuckle, seems most content watching others enjoy the endless spread of dishes his always packed restaurants are famous for.

He’s certainly giving us reason to come back for more. Regulars of his eat-all-you-can establishments, which include the Japanese-Korean-smokeless grill Sambokojin and the all-seafood buffet Something Fishy, will notice changes in the way their favorite foods are prepared and served. Static buffets have been replaced by theater-style kitchens, ensuring diners freshly cooked meals and more.

“First, the cooks have to keep their areas clean and prepare food more carefully because people can see what they’re doing,” says Villavicencio.

“Then, it’s easier for them to gauge how much food to prepare because they can see the crowd.

Customers can also tell them directly if they want their food cooked in a certain way. And if a customer likes how a dish tastes, he can give the cooks instant feedback. So they can feel proud about what they do.”

According to Villavicencio, such tweaking came about not so much because there was anything wrong with their food, “but to make the product better. In this business, like any 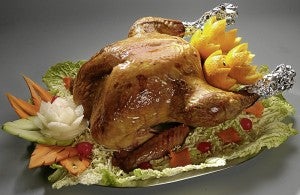 business, the longer you stay, the better you should become. If we stopped improving the computer, we’d end up with old computers, right? Even our cell phones are getting smaller but better.”

“It’s the same with food,” he continues. “Cooking is an art, but running a restaurant is a science. Creating a dish is difficult if you have to do it every day. I used to kid people that if they cooked me adobo for 30 straight days, I’ll bet you it won’t taste the same way twice. You need whatever technology there is out there to come up with a better and more consistent product.”

Of course, science isn’t the only secret to his restaurants’ success. Every quarter, a bevy of new dishes replaces 20 percent of the slow-moving selections, giving foodies something to look forward to with every visit.

And even in a buffet setup, servers have been trained to deliver food to customers’ tables should they request it. Proud of his quality meals (“I challenge anyone with a sushi bar to come over and try ours”) and their value for money, Villavicencio says his goal “is to remove the notion that a buffet doesn’t qualify as a destination or gourmet restaurant. It’s more than a glorified self-service.”

Expansion is another mission. Set to launch three or four Sambokojin outlets in 2012, Villavicenio is slowly turning over operations of his thriving buffets to his kids. While eldest son Veejay runs Matsuri, an à la carte Japanese restaurant with an eat-all-you-can format, siblings Pia Villavicencio-Lago, Bokie Villavicencio and twins Cara Villavicenio-Espinosa and Mara Villavicencio are all involved in the running of the four buffet restaurants and their branches. (Youngest sister Victoria is still in school.)

“I handed down to them what I know, and now they’re the ones teaching me,” he says of his children. “The food of today’s generation is a little different. We never had Tex-Mex in our time. And they introduced new dishes like buffalo wings. I like them, but I would never think of adding them into the buffet.”

An engineering graduate from the University of the Philippines, Villavicencio owes his foray into the food business, specifically buffets, to his family—a very big one, he emphasizes.

“We lived in a compound, and on Sundays, you could have as many as 50 relatives in your home,” he recalls with a laugh. “That’s where I learned how to cook for many.”

In the mid ’70s, his grandfather Jorge Vargas owned and operated a resort in Tagaytay called Villa Adelaida. When running it became a chore, Villavicencio and his cousins took over and found themselves busy looking after guests on the weekends.

Taking advantage of the stunning view of Taal volcano, he set up a barbecue grill outdoors and bought seafood from the nearby lake and Cavite. Watching people eat shrimps and crabs with their hands, he shares, became the inspiration for his restaurant Kamayan, and the rest, as the old saying goes, is history.

As for his buffets’ “no-leftover” policy, that’s a reference to a rule enforced by his parents when he was growing up.

“They used to say that we would go to purgatory if we didn’t finish our food,” Villavicencio explains. “So when we started our own buffets, I decided that instead of punishing people, we would reward them.”

Customers who clean their plates get 50-percent off, an incentive that has since been copied or adopted by other buffets.

“There’s plenty to eat here,” he assures when asked if crazes like the Atkins or South Beach diets have decreased customer turnout. “You can have sushi or turkey breast if you want a low-fat diet, and we also have a good salad bar.”

“But personally,” he says, chuckling, “I find it difficult to imagine a person on a diet going to a buffet!”

Villavicencio’s own diet is a curious one. No fastidious eater, he will dine anywhere, from a fancy restaurant abroad to a street corner hole-in-the-wall. 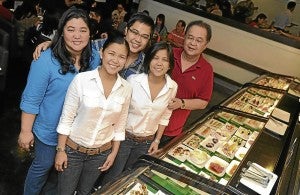 “I eat what you guys like, sinigang and all that stuff,” he says with a smile. “During my travels in the Philippines, I’ve eaten in turo-turo where the bus drivers stop to eat. The food’s a little greasy but it’s good!”

Despite describing himself as an “adventurous eater,” he draws the line with exotic fare. “Like insect,” he volunteers. “I mean, they cook it with all this sauce, you can’t even taste the insect anymore!”

For someone who runs buffets, Villavicencio doesn’t possess an eat-all-you-can appetite. “I’ll only taste,” he swears. “I’ll just take a small piece and dip it into the sauce.”

Still, there is one feast this man will gladly indulge in. For his recent birthday, Villavicencio and his wife Maridel spent the special occasion at home, with all their six children cooking for the man of the house.

The menu? Anything that wasn’t served in their restaurants.