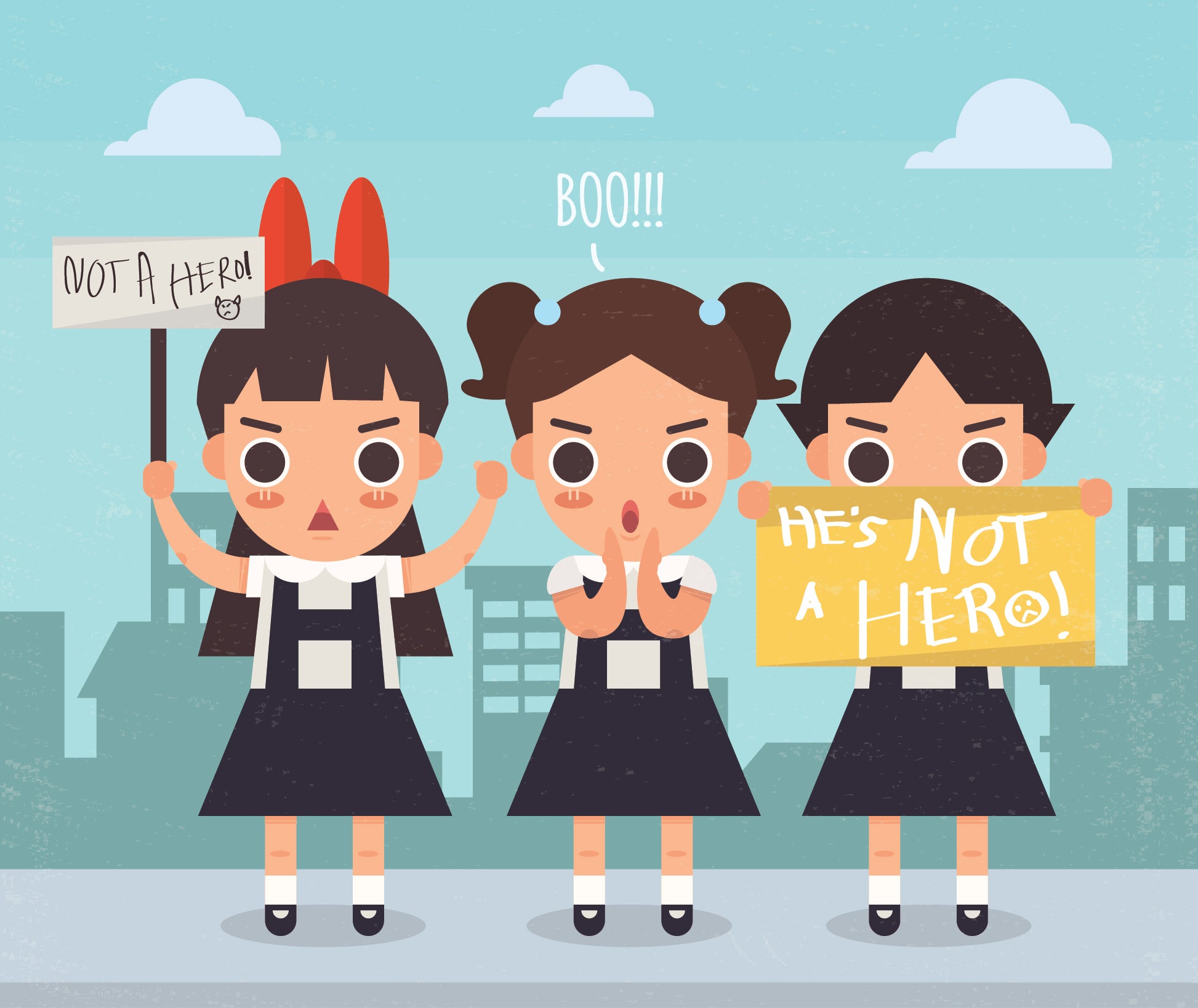 Child abuse or making a stand?

The protesters converged along Katipunan Avenue in Quezon City, Makati’s Ayala Triangle and other points, before proceeding to the People Power Monument on Edsa.

What caught attention were students from the all-girls Catholic school St. Scholastica’s College. Dressed in their school uniform, the girls, some as young as 10 years old, blew whistles, waved signs and chanted slogans.

Violent reactions filled Facebook timelines and news feeds; many argued that the students were too young to know what they were fighting for, and that they weren’t even alive during the martial law years.

Others attacked the school, saying the children were “brainwashed” and forced to participate in an allegedly “graded” activity. Some even went so far as to call it a form of “child abuse.”

This was not the first time in recent years that St. Scho got involved in a national issue. The school has actively protested against the pork barrel scam in 2013, and the Lumad killings last year. To recall further, members of the Scholastican community directly participated in two Edsa revolutions.

“It has always been part of our mission and vision to make students conscious of what is happening. Through this, they can analyze the situation and make a stand—not only silently but to show the world what their stand is. I think that is the correct kind of education,” said Mother Superior Mary John Mananzan, OSB, an activist and founder and executive director of Institute of Women’s Studies.

Of the students’ joining the anti-Marcos burial rally, Mananzan sees it as a blessing in disguise. “I’m proud of how it turned out,” she said, urging the youth “to continue to be agents of change. You don’t go to school just to get a career. You are learning to prepare yourself for the world, to see what it is in the world that should be changed. And if you have any opportunity to change it… make an effort to do so.”

These days, youth cannot help but get involved. It’s one thing for kids to know about national issues, and quite another for them to have the courage to speak up and make their presence felt. This isn’t about attending a compulsory or graded event—it’s about making a stand for what is right. And for that, the youth cannot be silenced.