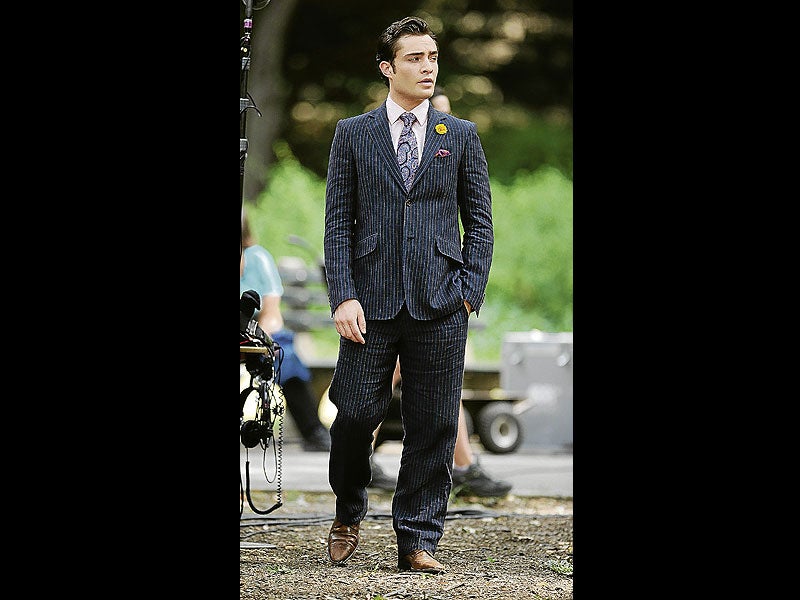 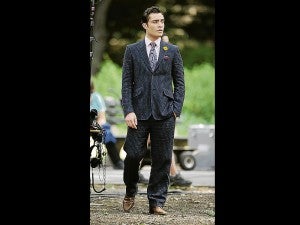 Then again, you don’t always get to interview Ed Westwick.

The British actor, who plays the scheming but undeniably sexy Chuck Bass on Gossip Girl, was in Manila this past week, shooting his campaign for clothing brand Penshoppe.

Penshoppe’s Brand Director Alex Mendoza said, “We were looking for a fresh international face to headline the new and revitalized Penshoppe.”

Gossip Girl fans in Manila clearly approve of the choice. Alex said, “We’re shocked because we released a behind the scenes photo last night of one of our campaign shots and we got 30,000 hits in two hours. Our Twitter followers tripled.”

The campaign hasn’t even been launched but it already seems to be working. As early as now, Ed’s fans have been flooding Penshoppe’s Twitter and Facebook accounts, promising to buy any products he endorses.

“It’s happening so fast, it’s so surreal. It’s a whirlwind for all of us,” says Alex. “Ed has lived up to our expectations and beyond. He is such a natural in front of the camera. The clothes look like they were made for him. Perfect.”

Hours before the private party Penshoppe hosted for Ed at The Peninsula Manila’s Salon De Ning last Thursday, Super sat down with the actor in his presidential suite. Wearing a jacket from Penshoppe’s Trailblazer Mid-Year 2011 Collection, Ed looked fresh and showed no signs of jet lag. Throughout the interview, he was charming and comfortable, delightfully British and funny.

Ed had spent the previous day shooting for Penshoppe’s new campaign and he was excited about it. “We had a really successful shoot yesterday. Everyone was really pleased. Good stuff.”

Alex said, “We’re just hoping that the campaign will make more and more people stop and take notice of Penshoppe—those people who may not have been paying attention the past few years, even people abroad.”

If anyone can do it, the guy who plays Chuck Bass can. 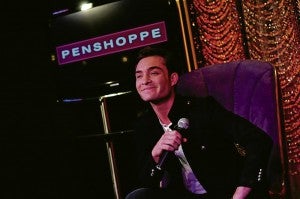 How has your trip here been so far? What has been your favorite experience?

Trip’s been great. It’s very hot here, very humid. But I’ve been in the hotel. Yesterday had been a busy day but this morning I was able to get out. We took a boat out around Manila Bay and we got to see the beautiful city skyline. It’s been a little bit of work and a little bit of fun, so perfect combination.

What made you say yes to Penshoppe?

It’s a strong brand that have a great ambition. They’re celebrating their 25th year this year.

They had a nice vision for what they wanted to do with their clothes. They wanted to move it forward and bring a higher level of fashion to it. I’m somebody who’s been very accustomed to that idea especially with Gossip Girl and especially with my own interest in fashion. I kinda felt that the idea fit together. It’s the first time I’ve really been here. It’s a part of the world that I wanted to explore, it’s a culture that I wanted to explore, also to see how fashionable it was here. Everything came together.

You had the shoot for Penshoppe yesterday. Which of the pieces you wore was  your favorite?

I wore this bluey kind of green turquoise shirt, this gray cardigan type thing and there was a gray blazer, some cool skinny jeans and some blue desert boots that were really cool. That was my favorite one. And also this jacket. I really like this jacket. It’s really smart. 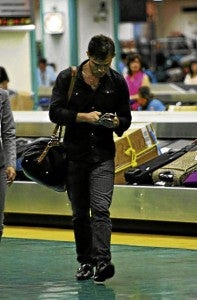 Cut-off jean shorts. I don’t really wear them anymore. I wore them once or twice—it wasn’t a look for me. It’s fine, it’s fine. It’s just something that I don’t wear now. It’s kind of interesting but I don’t wear bow ties because Chuck Bass wears bow ties. It’s kind of unfortunate because I like bow ties and if you’re going to a wedding or you’re going to somewhere fancy, it’s a nice thing. But I get to wear bow ties every day.

Will it be possible to see you wearing Penshoppe in Gossip Girl?

Absolutely. We’ll see. It’s never my decision to decide what to wear on Gossip Girl but maybe if I had some influence, we’ll see what happens.

How do you feel about Kaylee DeFer joining the show and Taylor Momsen and Jessica Szohr leaving?

Kaylee’s been a great addition. Her character’s been interesting and she’s a lot of fun. I know Taylor’s gone off to do stuff with her band so I wish her the best. And Jessica’s gone off to do other stuff as well, I think. So I wish them and everybody the best and I’m looking forward to this new season.

Do you see yourself in Chuck Bass? What do you love about him?

I don’t really see myself which is a good thing because he’s a bit of a dastardly individual. But what I admire about the character, from an acting point of view anyway, is that he’s very, in some ways, four dimensional. He has such mood swings, if you like. He can be very dark, he can be very soulless and heartless and horrible to be around. He can be so tortured in himself. But he can be really loving—but obsessional sometimes. That’s what I admire, from an acting point of view.

Do people confuse you with Chuck Bass?

No, I wouldn’t say confuse me with. I don’t think it’s ever like that. They get surprised when they hear me speak with my English accent but no, not really. I think people understand that it’s just a character, it’s not real.

If you had the power to dictate what would happen to Chuck and Blair, what would you do?

I think they belong together. I don’t know how we’re going to get them together but I think they’ve got to come together at some point and have little Chuck babies.

Can you talk about your future projects?

I finished shooting J. Edgar, it’s Clint Eastwood’s new film and it’s about J. Edgar Hoover who was the head of the FBI in the States. It’s his story. I’m in that and I’m gonna play a young FBI agent. That’s very exciting and we’re going to enjoy that when it comes out. And we’re doing Romeo Juliet and I’m playing Tybalt, Juliet’s fiery cousin. That’s gonna be another interesting character for me to play—obviously a classic story.

Before coming here did you have any idea how huge your fan base was? How does it feel to drive a whole country crazy?

(laughs) I don’t know, I didn’t know. I mean I know that Gossip Girl goes around the world and it’s an amazing thing to be part of but I never kind of expect anything, I don’t think you should. It’s an amazing welcoming and I just want to say thanks. Everyone’s been really really nice. Good stuff.