Are you a cola addict? | Inquirer Lifestyle ❮ ❯ 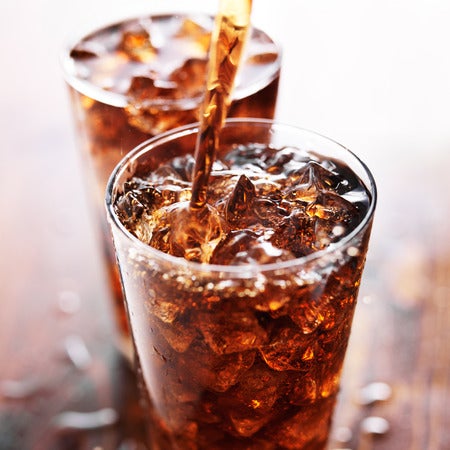 Are you a cola addict?

A few weeks ago, a long-time patient requested me to see her 22-year-old grandson, who, at 305 lbs, weighed twice his ideal body weight. His blood pressure was already mildly elevated, his blood sugar was at prediabetic level and his blood cholesterol and triglyceride levels were through the roof.

He doesn’t smoke or drink alcohol, but he has one big problem.

“I’m a soft drink addict,” he said. He consumes an average of eight cans of caffeine-containing soda drink daily, sometimes more when he’s stressed at work.

He realized his cola addiction has gotten out of bounds but he felt helpless about it.

All the complications arising from obesity were stealthily creeping in, increasing his risk of developing premature heart disease many times over.

This is the reason the new tax reform package, which Congress has just approved, includes an additional tax on sweetened beverages such as soft drinks, energy drinks and sweetened coffee and tea.

Cola addicts hardly realize that a can of cola drink is loaded with calories equivalent to 10 teaspoons of sugar. Consuming even just two cans a day is like taking 20 teaspoons of sugar daily. Imagine the havoc it can cause on one’s metabolism, heart, brain and arteries.

Although the new taxes on sweetened beverages can also earn additional revenues for the government, it’s actually more of a health measure to curb the rising incidence of overweight and obesity in the country.

The young, especially the children, are more vulnerable to developing cola addiction, so parents should not allow their children to take even small sips of caffeinated cola drinks. This is how it usually starts, later developing into intense craving and, subsequently, into a full-blown addiction.

How can cola addicts kick the habit and stay away from it?

Those consuming less than a liter a day of caffeinated cola drinks can actually abruptly stop. Our patient was consuming more than two liters of his cola drink daily and he needed a whole week to gradually wean himself from his addiction.

We instructed him to consume one can less daily, and in a week’s time, he was able to kick it completely.

Whenever he felt thirsty and craved even just for a sip of iced cola, he would reach out instead for a glass of sparkling water with a slice of lemon, and the gas in it somehow made his mind think he was drinking cola.

Addiction to cola is caused by the caffeine. A 330-milliliter can of regular cola contains caffeine equivalent to one third of the caffeine in a cup of brewed coffee.

During the cola-weaning period, we can allow a small amount of preferably black coffee to curb the cola craving.

One to two cups of black coffee daily is actually a healthy practice, contrary to what many believe.

Green tea can also be a good replacement for soda and regular tea consumption may be linked to a lower risk of heart disease, cancer and diabetes. Again, one should take the tea without cream or sugar.

Are diet colas a healthier option to regular colas?

The data about the safety of artificial sweeteners used in diet sodas are conflicting. Some studies suggest that these artificial sweeteners can disrupt the metabolism, make one gain weight and increase one’s risk of developing diabetes, heart and kidney diseases. The caffeine content is also the same as a regular cola drink.

So, cola addicts, if you can’t imagine yourself taking 10 teaspoons of sugar, it’s time to kick the addiction. The cola you’re dying to drink may kill you in the long term.