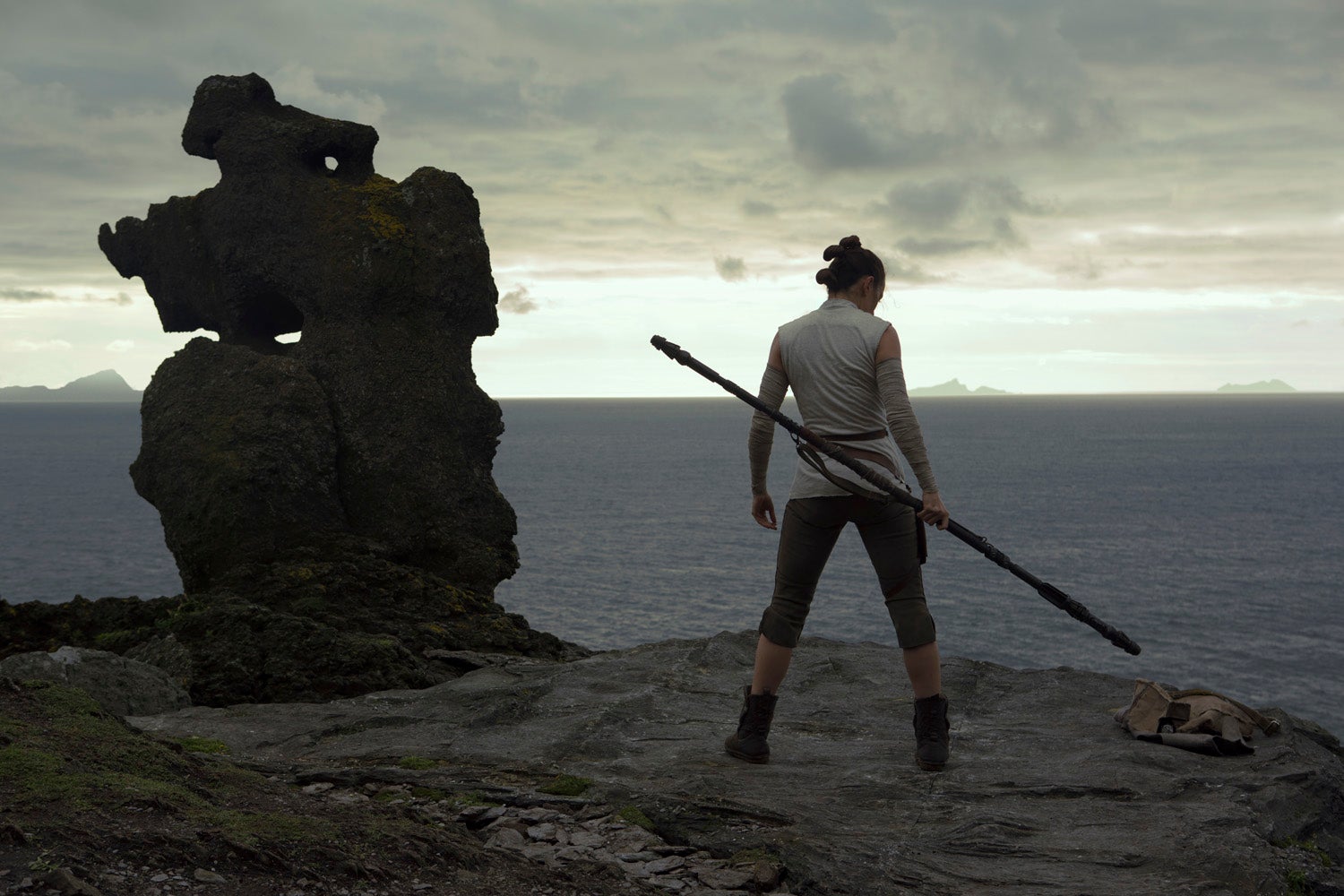 The secrets of ‘Star Wars: The Last Jedi’ 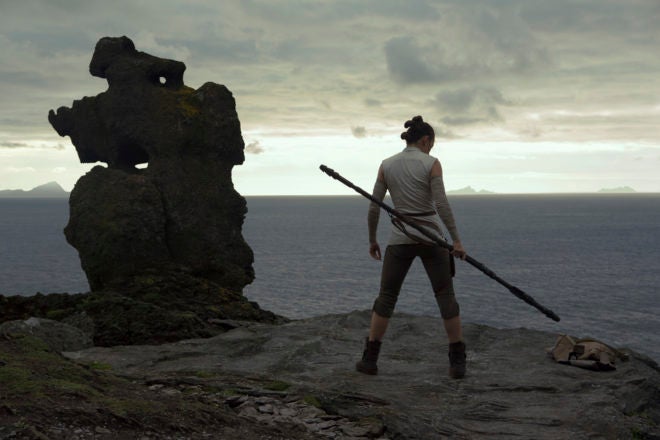 TOKYO—Secrecy was of the first order when it came to “Star Wars: The Last Jedi.” “It’s very difficult to promote a film you’re not supposed to talk about,” actor Mark Hamill (Luke Skywalker) said. Prodded if he could talk about what happens to his character ion the film, actor Adam Driver (Kylo Ren) simply responded with: “I can’t.”

Thus goes the unusual production of the eighth episode of the Star Wars saga. Following the establishment of the current trilogy with “Star Wars: Episode VII—The Force Awakens” in 2015, Lucasfilm has been toiling on what must be the most anticipated Star Wars movie thus far—all done with a secrecy that’s more akin to the theft of the Death Star plans.

“The Last Jedi” is a most important Star Wars film, coming in 2017, which is the 40th anniversary of Star Wars itself, with the first film, George Lucas’ “Star Wars Episode I—A New Hope” have first traveled via lightspeed to theaters in 1977.

It is also, according to Lucasfilm president Kathleen Kennedy, “a Star Wars film made by Star Wars fans.”

What we do know about “The Last Jedi” is fascinating. It is written and directed by Rian Johnson, previously known for his high-concept sci-fi time travel thriller “Looper” (2012). Space scuttlebutt has it that Johnson’s script was described as shocking and took the saga to places it has never been to. “This is not going to go the way you think,” Hamill recalled of his reaction upon reading the script. If Star Wars creator George Lucas had looked upon Akira Kurosawa’s “Hidden Fortress” as in inspiration for 1977’s “Star Wars: A New Hope,” John son had his cinematic inspirations for “The Last Jedi” as well: the 1949 Gregory Peck World War II bomber flick “12 O’Clock High,” the classic 1955 Cary Grant caper “To Catch a Thief” and 1964’s “Three Outlaw Samurai.”

Principal photography for “The Last Jedi” lasted from February to July of 2016, shooting in Pinewood Studios in London, as well as Dubrovnik, Crotia and Ireland, most notably the island of Skellig Micheal. The setting is the planet called Ahch-To in the film and is where Luke Skywalker meets Daisy Ridley’s Rey at end of “The Force Awakens.”

Bits and pieces about the production have been revealed in the last year or so. For example, the first trailer showed John Boyega’s Finn still comatose in a stasis pod, right where he was at the end of “The Force Awakens.” At Star Wars Celebration in London in 2016, Johnson addressed this, saying “I want to apologize to John, because people think he’ll be asleep throughout Episode VIII because of the trailer. I just want to say he will be seeing a lot of action in the film.” Indeed, later trailers showed Finn in serious one-on-one combat with former superior Captain Phasma of the First Order (Gwendoline Christie).

The expectations for “The Last Jedi” were space high, especially after the box office performance of “The Force Awakens” and the critical acclaim received by 2016’s “Rogue One: A Star Wars Story,” the first of the so-called anthology films which occur outside the saga of the episode movies.

Fans have been quick to compare “The Last Jedi” to “Empire Strike Back,” expecially considering how much “The Force Awakens” harked back to the first film of the original trilogy, “A New Hope.”

What is clear is that all of this has made “The Last Jedi” easily the most anticipated Star Wars movie ever.

The trailers for “The Last Jedi” became the primary source of information for the movie, and fans speculated wildly, particularly regarding the scenes where Rey and Kylo Ren seemed to be having individual crises of faith. The trailer also showed two new additions that had fans talking: the Resistance member Rose (Kelly Marie Tran) and the adorable Porgs, the penguin-like creatures from Achc-To. Johnson remarked that Tran was a great addition to the Star Wars family.

“I mean what’s wonderful about this story is that its highlight of the light versus the dark, watching Rey between Luke and Kylo as she tries to find out who she is,” explained Kathleen Kennedy, Lucasfilm president.

The production faced its most heartbreaking challenge when actress Carrie Fisher passed away in December 2016. More than anything else, her death was a true loss to the Star Wars community who considered Fisher an icon since Princess Leia debuted in 1977.

Hamill said he and Fisher had long treated each other as real siblings. “She’s irreplaceable. I met Carrie when she was 19. It’s hard of think of her in the past tense. It’s hard not to have around her. Instead of being angry, I just appreciate the time we had with her. It feels like the whole world has lost a member of the family. We’ll never stop missing her.”

Of Fisher, Johnson said: “I think her performance in the film is a tribute to the character. I didn’t know it was a farewell performance when we were creating it. Everyone feels the loss of her being gone. I hope this gives the fans something.”

She had made the transition to the current trilogy now known as General Organa in “The Force Awakens.” “The Last Jedi” will be the final Star Wars appearance for everybody’s princess.

“The Last Jedi” has some other remarkable distinctions as well. It is the first Star Wars film to pick up precisely where its previous installment left off, with Rey finding Luke, and the Resistance battling the First Order. At two-and-a-half hours, it is the longest Star Wars movie ever made. After Michael Giacchino in “The Force Awakens,” classic Star Wars composer John Williams returns to provide the score for “The Last Jedi.”

The yet-untitled “Star Wars Episode IX” was originally supposed to be directed by Collin Treverow (“Jurassic World”) but he has since been replaced by “The Force Awakens” director J.J. Abrams. That film is scheduled for release in December 2019. Before that, we will be getting the second of the anthology films, “Solo: A Star Wars Story,” which focuses on actor Alden Ehrenreich as the young Han Solo, which will be directed by Ron Howard and is due May 2018.

There is huge anticipation for “The Last Jedi” considering that Lucasfilm loved Johnson’s work so much they actually announced a new Star Wars trilogy to be creatively controlled by Johnson. “He wrote a beautiful movie,” Kennedy said. “It’s one of the best movie-making experiences I ever had.” She went on to say that Lucasfilm and Disney were confident Johnson was the right choice. “We are confident in the future of the franchise with Rian in the lead.” She also admits: “I have no idea (the franchise) is going in the future,” which is a good thing, she said, because it will surprise fans as well.

“We will start work after the first of the new year,” she revealed. “We will look at what has been done and where we need to go. We know that the franchise has stayed popular for 40 years. We will never take that for granted.”

Johnson, who kept shooting video and stills behind the scenes all throughout the production process, seems thoroughly enthused by the arrival of “The Last Jedi.” “The whole question we had to address in this movie: why is Luke Skywalker on this island? What’s in his head? That’s what’s in store for this movie.”

As for Luke Skywalker himself, “The Last Jedi” has been an exuberant experience: “The technology has been greatly improved since we started what George (Lucas) called the most expensive low-budget film ever made. Even with the technology, there is an emphasis on practical effects that dates back to the original. As a film buff myself, it’s astonishing how many talented people it takes to make a film this size. It was a joy to make it.”