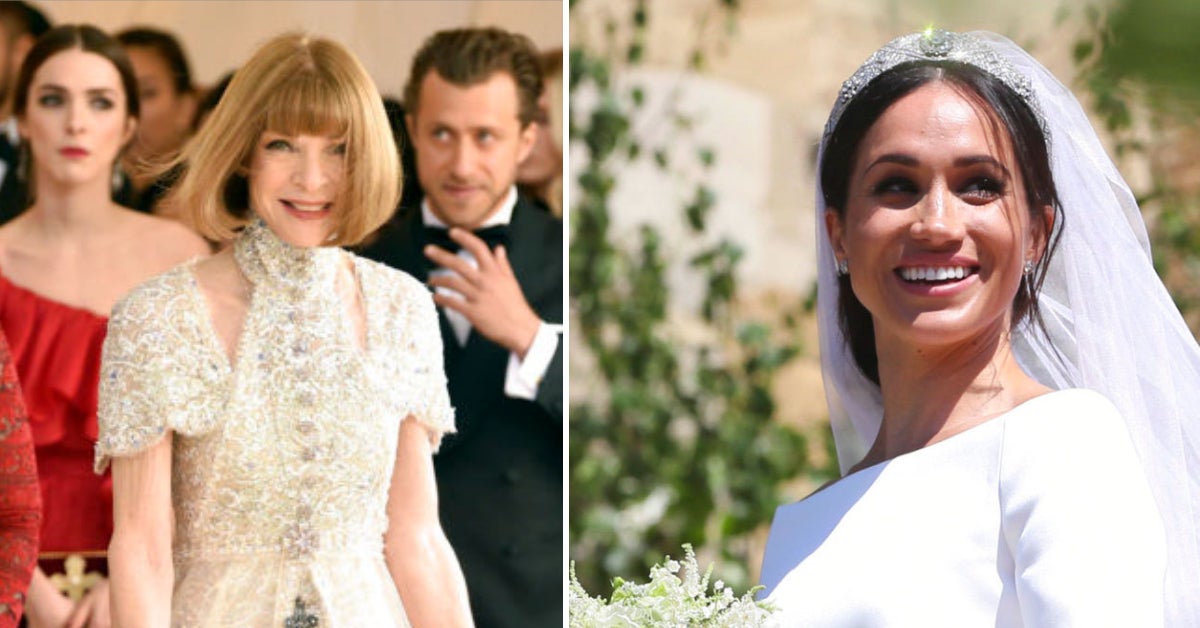 Fashion icon Anna Wintour is dishing out her thoughts in a new video series.

The Vogue editor-in-chief is sharing her opinions—which is considered sacred in the fashion industry—to complete strangers in Vogue magazine’s “Go Ask Anna” series.

The first video was released yesterday, Jan. 22, on YouTube. In it, she discussed topics ranging from Meghan Markle to signature looks.

Asked about her thoughts on the Duchess of Sussex, Wintour started by addressing rumors of Meghan’s “demanding” attitude.

“I read somewhere there were members of the royal household that were confused and upset that she woke up so early at 5:00 a.m.,” she said, referring to reports from British publications.

“She’s a normal California girl [who] gets up early and does yoga and meditates—and also sent a lot of text messages,” she continued. “I mean, what do they expect—that she was going to send messages via pigeon? So, I think she’s amazing.”

As for Meghan’s Givenchy wedding gown by British designer Clare Waight Keller, Wintour’s discerning taste said, “I think that her choice was brilliant. It was sophisticated. It was chic. It was grown-up.”

She heaped praise on Keller, Givenchy’s first female artistic director. “It was an English designer—albeit one that was working for a French house, which in a way was a message to the world: ‘Yes, I’m from somewhere else, but I belong.'”

Wintour favored Meghan’s choice to walk down the aisle on her own as it showed she was an “independent woman.”

Even the Duchess’ mother, Doria Ragland, was complimented by Wintour. She thought her photo at the St. George’s Chapel was “so inspiring to so many women, men all over the world.”

In the picture, Ragland appeared solemn as she stood as Meghan’s sole family member in the wedding last May.

She also thought highly of Kate Middleton, who graced the cover of Vogue UK in 2016. Meghan was rumored to be the first choice for the 2018 September issue of Vogue US, as per Radar Online.

“I think the two duchesses, the young duchesses that they have in Britain—the Duchess of Cambridge and the Duchess of Sussex—are going to keep the royal family afloat quite frankly,” she said.

“There are so many celebrities that you feel like are dictated to by their stylists and dictated to by what the press may think of them and therefore may end up in a strapless fishtail sequin dress that we’ve seen 5,000 times,” she said.

“I admire women that have a signature style and I admire those who take risks.”  Niña V. Guno /ra