Friends of Meghan Markle open up on 'truth' about her | Lifestyle.INQ ❮ ❯ 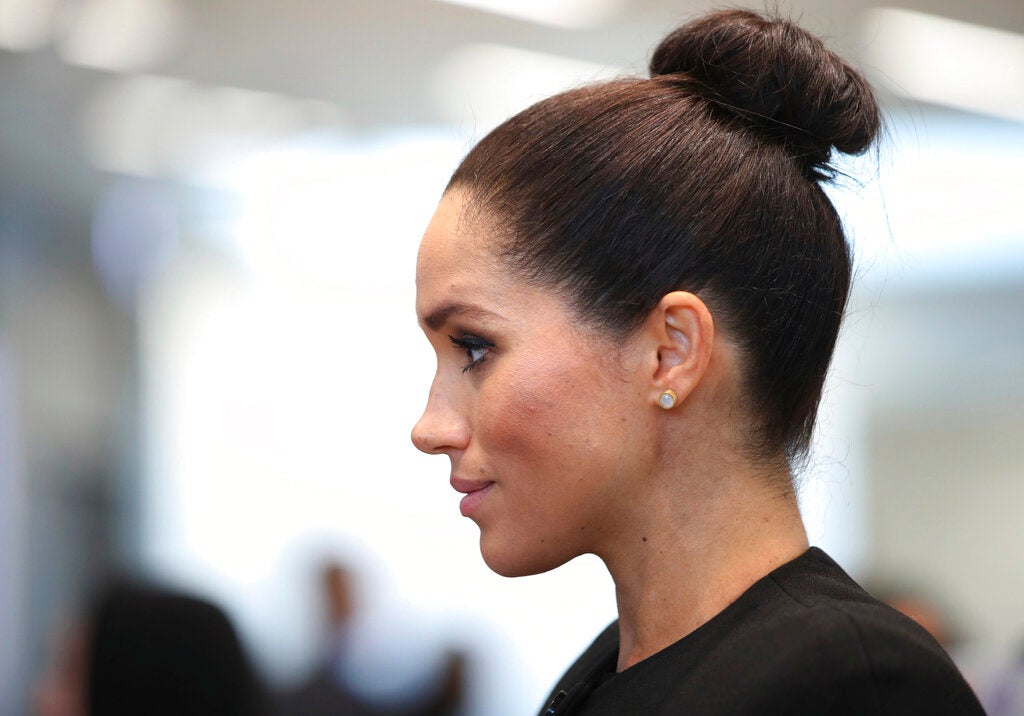 Meghan, the Duchess of Sussex looks on during a visit to the Association of Commonwealth Universities, at the University of London, Thursday, Jan. 31, 2019, her first official visit with the ACU in her new role as Patron of the international organisation which is dedicated to building a better world through higher education. Image: Yui Mok/Pool Photo via AP

Meghan Markle does her own chores and tried to reach out to dad, say friends

Meghan Markle has had to remain silent about her side of the story amid reports from royal insiders, her own family members and the press.

The Duchess of Sussex is merely following protocol of the British royal family, which is to smile and continue working, regardless of the criticism hurled at her.

However, it seems friends close to Meghan want to set the records straight, sharing bits of information ranging from her relatively simple cottage life with husband Harry to what her relationship is like with her dad, People reported yesterday, Feb. 6.

The five friends claimed that they wanted to “speak the truth” amid the “global bullying” that Meghan has experienced in the past two years.

Thomas Markle Sr., Meghan’s dad, has given interviews multiple times declaring that he has been reaching out to her only to receive the cold shoulder, but a friend said this claim is far from the truth.

READ: Thomas Markle says he knew Meghan to be demanding, not rude amid rumored feud with Kate Middleton

Thomas Sr. has not personally contacted her even if she has kept the same phone number, said the friend. “It’s super painful, because Meg was always so dutiful. I think she will always feel genuinely devastated by what he’s done. And at the same time, because she’s a daughter, she has a lot of sympathy for him.”

Drama with her dad before the wedding also did not faze Meghan and Harry from making her father part of the ceremony. Days before the wedding, Thomas Sr. admitted to staging paparazzi photos. Later on, he would pull out from the wedding due to a heart attack.

“Tom wouldn’t take her calls, wouldn’t take Harry’s calls,” the friend recalled after the paparazzi incident. “The next morning when the car got there [to take him to the airport], he wouldn’t get in.”

Meghan reportedly still kept contacting her dad up to the night before the wedding, but to no avail. She resorted to writing her dad after the ceremony.

The letter said, “‘Dad, I’m so heartbroken. I love you. I have one father. Please stop victimizing me through the media so we can repair our relationship.’”

Her father wrote back—along with a request for a photo op with her. This is said to have frustrated Meghan because she did not want to communicate with the media.

The friend clarified too that the Duchess’ half-siblings, Samantha Markle and Thomas Markle Jr., were “not a part of her life.” Both are her father’s children from a previous marriage.

They were in their teens when Meghan was born; Meghan’s mother, Doria Ragland, raised her on her own after she split from Thomas Sr.

Both half-siblings have disparaged Meghan on social media and in the press. Samantha is set to publish two books about her half-sister this year.

The friends said they all had visited Meghan and Harry at Nottingham Cottage in Kensington Palace.

A friend from Los Angeles recalled that during a recent visit, Meghan did all the housework herself. She cooked, made tea, and cleaned her dogs when they came in from the rain.

It was said too that she was an excellent listener and a go-to for sound advice.

A former colleague described her as “selfless.” “We talk daily. And the first thing out of her mouth is, ‘How are the kids? How are you?’ I’m not even allowed to ask about her until she finds out about me.”

Her former co-star said that Meghan’s habit of crouching down to talk to kids during tours is not new, as she has done the same with her friends’ kids.

“That’s how she engages with people and how she always has,” said the former co-star.

The same friend said that the attacks on Meghan have made them concerned about her well-being, especially since she is pregnant.

“It’s wrong to put anyone under this level of emotional trauma, let alone when they’re pregnant.”  Niña V. Guno /ra