Brie Larson: I learned so much from Captain Marvel | Inquirer Lifestyle ❮ ❯ Brie Larson: I learned so much from Captain Marvel 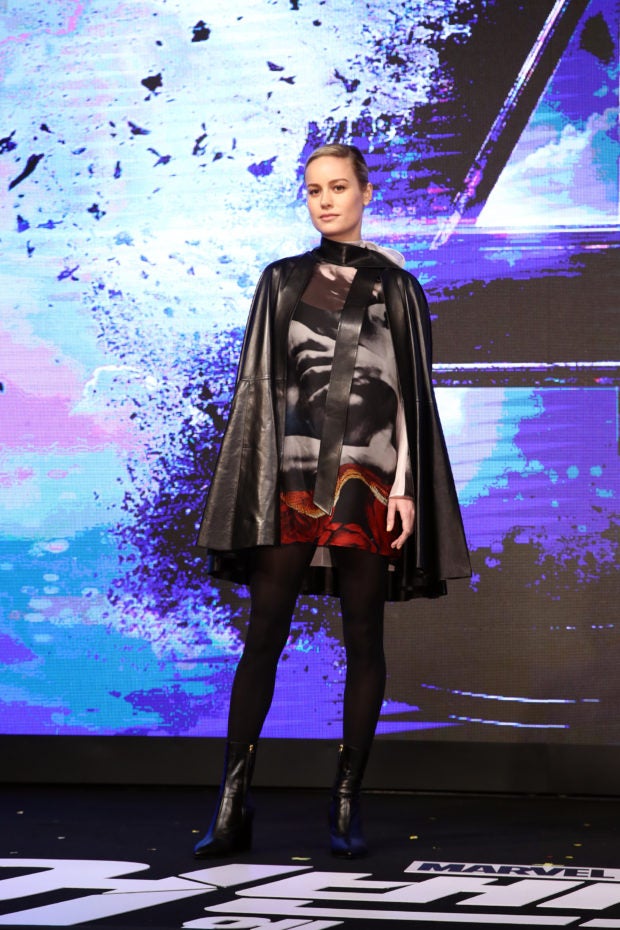 SEOUL—Brie Larson had a crash course on becoming the most powerful superhero in the Marvel Cinematic Universe (MCU).

Larson had already won an Academy Award for Best Actress for 2015’s “Room” when she signed on to play Captain Marvel, but she couldn’t talk about it for a year.

In many ways, she experienced being Captain Marvel in reverse, as she actually shot her scenes for “Avengers: Endgame” before she shot “Captain Marvel.”

In fact, the first thing she had to do was join the Marvel Studios’ 10th anniversary “class photo” shoot in Atlanta in October 2017.

“It was a really crazy time to kind of show up and meet everybody. And it was really wonderful because I got to meet everyone at once and shake hands and go, ‘I’m the new kid. Do you have advice for me?’”

She had to figure out what it was like to be Captain Marvel. “It was just the beginning, figuring out where I fit into all this because this universe is so vast. I feel like what makes it so unique and special is that every character is its own piece, you know, that completes the puzzle. Figuring out who Carol was, where she’s at in this part of this journey and how she fits into this larger world, that was the challenge.”

“Captain Marvel” became 2019’s biggest hit (scoring over $1 billion) and one of the biggest ever for Marvel Studios. It broke barriers the same way Warner Bros.’ “Wonder Woman” did. “Captain Marvel” was the first MCU movie with a female as solo lead, as well as the first one to be co-directed by a woman (Anna Boden). 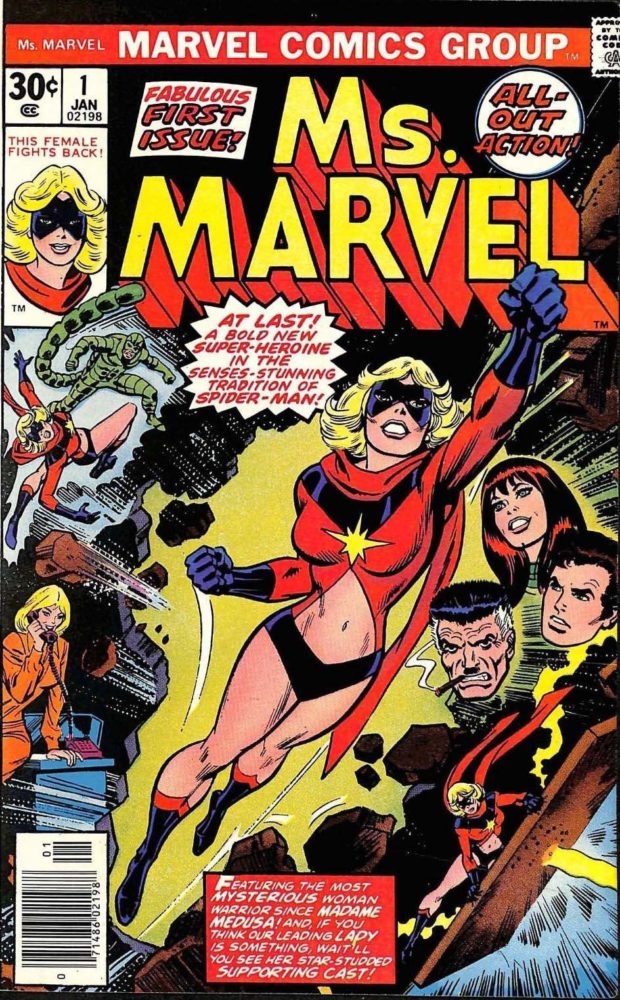 Created by Stan Lee and Gene Colan, the original Captain Marvel was a warrior named Mar-Vell from the alien Kree race and first appeared in 1967. He came to Earth and became its defender against interstellar threats. That’s how he met the human Air Force officer Carol Danvers, who was given powers in an explosion and became the hero Ms. Marvel in 1977. She was created by Colan and Roy Thomas. In 2012, Danvers took up the title of Captain Marvel. In that time, she has evolved into one of the most powerful characters in the comics and certainly one of the most important, as she bears the name of the company. Larson played Danvers, who discovers she had gained incredible superpowers and left for space in “Captain Marvel.” She was off-world when Thanos decimated half the population in “Avengers: Infinity War.” But her friend Nick Fury (Samuel L. Jackson) signals her to come home. She does so in the end credits of “Captain Marvel,” appearing in Avengers HQ in front of Black Widow (Scarlett Johansson) and Captain America (Chris Evans).

In the trailers, she’s shown joining the fight against Thanos in “Endgame.” She even says she is the big difference this time, as the Avengers have her as the heavy hitter. Larson’s participation in “Endgame” has really excited fans who want to see how she would do against Thanos. Now the challenge is keeping Captain Marvel, well, Captain Marvel. “The character is so beloved that, of course, I want to make sure that the people who have loved the character for so many years feel like they’re seen and represented. That was very important to me and I was lucky that I had a couple of years to get a handle on it. But, like in the comics, she’s going to grow and evolve and change as time goes on.”

Suddenly becoming a superhero after doing indie films didn’t faze her either. “I love it. I like feeling off balance. I feel like when you make giant leaps like that they become these sink or swim moments and allow you to really explore different aspects of yourself. I’m not someone who has a giant plan. I can’t see the future. None of it really makes sense. I just do what feels right, and making that movie felt right to do at that time. It was really fun, and that’s really what I was looking for at that time.”

Larson’s star is in the ascendency and she’s already branched out as she directed her first feature film, “Unicorn Store,” for Netflix. She was included in Time Magazine’s list of the 100 most influential people in the world.

Captain Marvel’s journey is literally and figuratively one of finding her powerful place in a much larger universe. “Carol taught me so much,” Larson told fans. “The movie taught me the value of representation.”