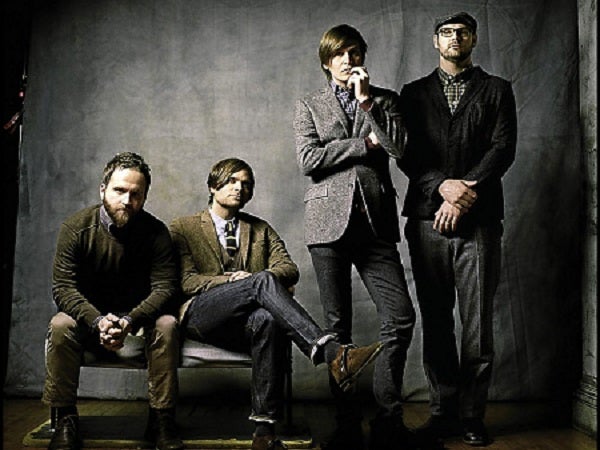 From sad anthems to optimism

Nick Harmer is a very busy guy. Playing bass for Death Cab for Cutie (DCFC) pretty much ensured that most of his time is spent touring the world or working on new material.

Barely a night after the first big snowstorm hit Seattle, Nick sits at home and revels in silence. “I like the cozy feeling of not having any pressure to go out,” he says on the phone. “The city kind of shuts down a little bit when it snows.”

In about three weeks, Nick will probably miss the sound of wood crackling on his fireplace as he makes his way to Australia, where the new DCFC tour will kick off. The tour would take them to various festivals in Australia and New Zealand before making a quick stop in Asia for three dates.

For the first time in 15 years as a band, Death Cab for Cutie is finally playing a show in the Philippines.

“I’m just excited that we have fans in Manila!” Nick exclaims with a hearty laugh. Until now, Death Cab remains humble. Unlike with other rock bands, practically every headline about Death Cab for Cutie pertains to their music. Here is a band that seems perpetually exempted from a shameful bit on TMZ.

The band, which started out as a solo project for frontman Benjamin Gibbard, is a far cry from its small beginnings in 1998.

Relentlessly touring the US, Death Cab took on a steady pace and relied on word of mouth and the dawn of the Internet to create a small following. Five years later, before the release of their fourth studio album “Transatlanticism,” a lanky, socially awkward teenager named Seth Cohen declared Death Cab for Cutie as his favorite band on the hit TV show “The OC.” This propelled the indie band further into the mainstream.

While being written in as part of the show certainly has its perks, the band thought it was largely a joke. This band’s concept of a joke changed when they guest-starred on the show as themselves, performing their song. The Flaming Lips did this in the ’90’s when they performed “She Don’t Use Jelly” on “Beverly Hills 90210”; Death Cab pretty much followed that trajectory.

From the small label, Barsuk Records, they then signed with Atlantic, and have had a strong relationship with the label for more than five years now.

On “Codes and Keys,” their seventh studio album, Death Cab tinkers with a new sonic palette, bringing about a fresh sound. “We’re always looking for new voices to sort of express ourselves on,” Nick says.

He then points out that “Codes and Keys” is a result of their own curiosity as growing musicians. “I’ve always been very happy that we are the kind of band that takes the risks and pushes ourselves, and not necessarily falling into the trap of just writing the same album over and over again.” 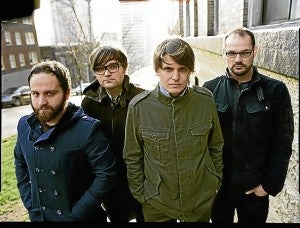 And write the same album, they did not. The instrumentation on “Codes and Keys” is more lush than their previous album “Narrow Stairs.” Instead of guitars, producer and guitar player Chris Walla put strings and piano pieces on the front line.

In general, their new album shows an optimistic side for a band better known for their sad anthems and sweeping harmonies. “Codes and Keys is very representative of a period of optimism for all of us, as we had a lot of really positive things happen in our lives outside of the band.” Nick and Ben got married; drummer Jason McGerr had kids, and Chris Walla started a new independent label called Trans Records.

The difference is noticeable on the words that Ben wrote for the album. Long gone are the times when Ben would write vicious lyrics like “Yeah, she is beautiful, but she don’t mean a thing to me.” He’s evidently sweeter now and prefers declarations about his doe-eyed muse. On “Monday Morning,” he cries out the need to be wrapped around his lover’s arm like a bird in need of grounding.

The band’s quest for home resonates within the album. “Home is a fire/A burning reminder of where we belong,” he sings in the album’s opening track. In “Doors Unlocked and Open,” the lyrics move like beat poetry, obviously influenced by Ben’s favorite author Jack Kerouac. “Codes and Keys” seems more focused on finding a home than hitting a homerun in the charts.

“But, you know, I think in no way is ‘Codes and Keys’ a representation of where we’re headed; it was just sort of where we were at.”

Since the release of “Codes and Keys,” Ben has separated from his wife actress-musician Zooey Deschanel. Does this mean that their next album could possibly return to their brooding nature?

“We don’t have any specifics quite yet. That’s what this year’s for: gathering up as much input as we can and writing demos,” Nick answers.

For now, touring in support of “Codes and Keys” is where the band is headed. Besides the Australia-Asia tour, the band just announced a US tour backed by orchestral instruments that would keep the band on the road from April to June.

Ever since Rico Blanco declared that Warner is bringing the much-loved band to the Philippines, the buzz for their upcoming local show grows continually.

“Since we’ve never been to the Philippines before and we have so much material, I think we’re going to play as long as we possibly can before they turn the lights out.”

Nick assures that their set list is going to be a reflection of their 15 years as a band and will include songs from all of their seven albums. “We are going to put on the best show we can possibly put on for Philippines,” he says. “Hopefully, we’ll leave everyone satisfied.”

Death Cab for Cutie plays the NBC Tent in Taguig on March 5, 2012, 8PM. VIP tickets are at P3,800, while Gold tickets are at P2,800. Visit TicketNet outlets to purchase. DCFC’s music is distributed locally by Warner Music Philippines.