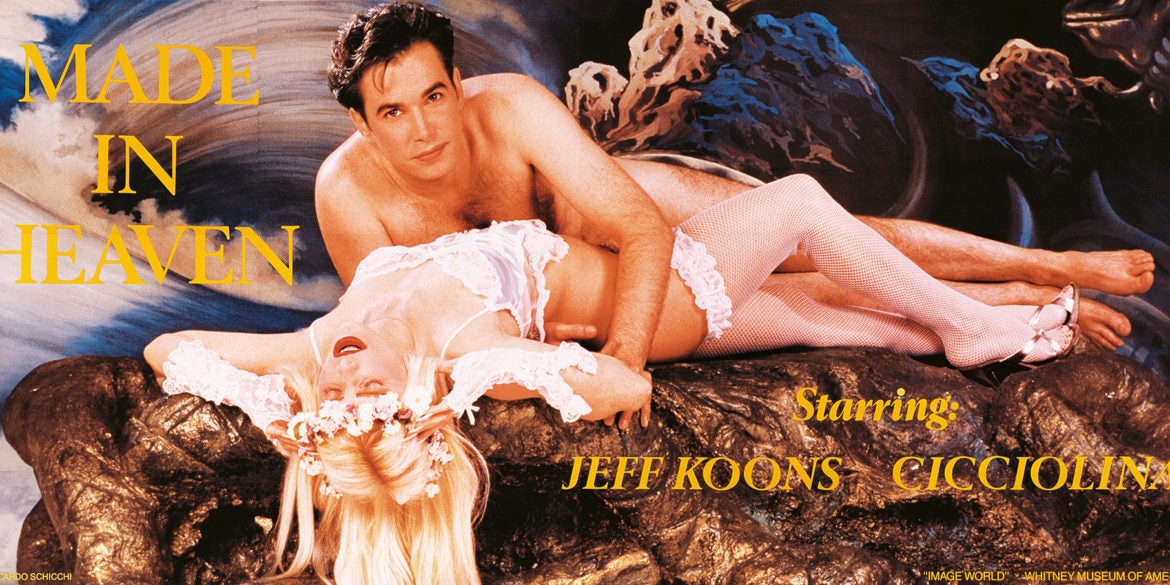 US artist Jeff Koons, whose “Rabbit” fetched $91.1 million at auction in a record for a living artist, has regularly attracted scandal across a career lived in the full glare of the media.

He and Ilona Staller — Cicciolina’s real name — who was also a one-time member of the Italian parliament, divorced in the glare of the tabloids in 1994.

Koons has regularly been accused of plagiarism, particularly over a 1988 series of sculptures called “Banality” but he defends himself as an artist of appropriation.

In 1992, he was found guilty of copyright infringement in the United States for basing the sculpture “String of Puppies” (1988) on a black-and-white photograph by Art Rogers called “Puppies”.

In 1993, he lost another court case for having represented Odie, a personality in the Jim Davies “Garfield” comic strip, in his “Wild Boy and Puppy” (1988).

In 2017, Koons came under fire in Ukraine after unveiling a 14-metre (45-foot) -high inflatable “Seated Ballerina” in New York that many critics said was a ripoff of a porcelain statuette by Ukranian Oksana Zhnikrup (1931-1993).

Also in 2017, a Paris court ruled he had copied a 1970 picture by French photographer Jean-Francois Bauret as the basis for his sculpture “Naked” (1988).

The following year another court in Paris said he had copied a 1980s advertisement for clothing chain Naf Naf for his “Fait d’Hiver” (1988), which shows a pig standing over a woman lying on her back.

In 2008, Koons took France’s Chateau of Versailles by storm with an exhibition in its illustrious apartments of 17 riotous art works including a bright red inflatable “Lobster” (2003) and “The Pink Panther” (1988), a sculpture of the comic strip figure wrapped around a semi-naked blond woman.

While enormously popular with the public, there were some complaints that it was an “affront” to French heritage, with a cluster of protestors demanding its relocation to Disneyland.

In 2016, Koons proposed to sculpt a “Bouquet of Tulips” for France in remembrance of the victims of terror attacks in 2015 and 2016.

But the monumental work of bronze, stainless steel and aluminium — measuring 10 metres (34 feet) high and weighing 33 tons — was controversial, including because of its price tag of 3.5-million-euros.

A group of artists and gallery owners objected in an open letter that described Koons as an “emblem of industrial art which is spectacular and speculative.”

There was also anger over his demand that the work be displayed on the esplanade of the contemporary art museum Palais de Tokyo, which faces the Eiffel Tower.

In 2018, Paris city officials said they had agreed it would be installed at the Petit Palais museum.

TOP 5: The most expensive artworks by living artists