WATCH: How Mariah Carey made a "cameo" in 'Mean Girls' | Lifestyle.INQ ❮ ❯ 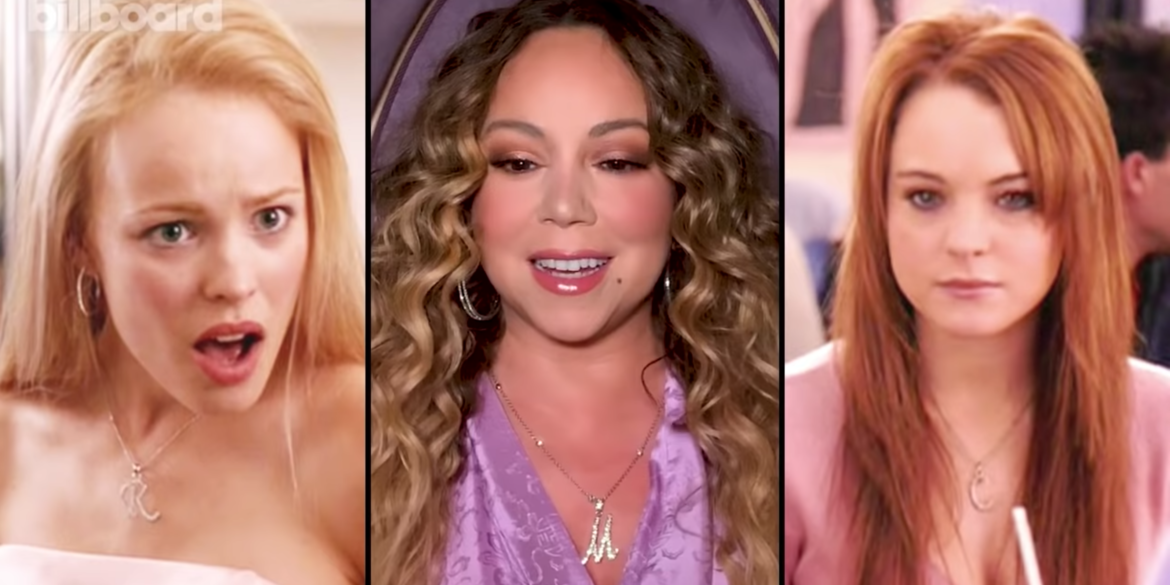 WATCH: How Mariah Carey made a “cameo” in ‘Mean Girls’

If Stephen Colbert is the master geek of Lord of the Rings trivia, Mariah Carey is the queen bee of Mean Girls knowledge. She proves this in an episode of Quizzed by Billboard.

In the 14-minute feature, Tina Fey asks Mariah a series of trivia questions about Mean Girls through a video call. Tina is the screenwriter and co-star of the monumental teen flick.

Mean Girls (2004) took on the issue of high school bullying, gave Lindsay Lohan and the cast their most inspired roles, and made “Glen Coco” a household name.

Mariah starts strong as she shows off her “M” necklace inspired by the jewelry worn by leading characters Regina George and Cady Heron.

The quiz has three parts. Mariah aces the first “Yes or No” round. Mariah peppers in specific details about the film connected to the items, showing off how much of a fan she is.

The second round consists of general trivia. During the question about the winter talent show scene, Mariah confronted Tina about the movie’s song choice. “I’m a little bit disappointed they’re not dancing to my song. But ‘Jingle Bell Rock’ is a little bit older than ‘All I Want for Christmas Is You’ so okay.”

Tina quickly redeemed herself by saying she’ll make a Mean Girls reboot so that Mariah can do a song for it. She also offered Mariah a part in the movie. Mariah replies, “I definitely want to be in it as well, I don’t know as who. But maybe I could be friends with Amy Poehler as her other friend who wears sweatsuits.” Can someone please take this pitch seriously?

In the last round, Tina throws memorable Mean Girls quotes, and Mariah has to identify who said it. Tina also asks Mariah personal questions so the hitmaker could share tidbits about her real-life and plug her memoir.

“I was pretty mean because I was just trying to fit in, and that was the only way I could fit in. Because I only had three shirts in rotation. My father did not invent Toaster Strudel at all,” Mariah says as explains why she understood Cady’s motivations.

Last July, Mariah announced that she’d be dropping her memoir, The Meaning of Mariah Carey.

As the quiz wraps up, Mariah flips the tables on Tina. “In Damian’s room, what three posters are on the wall?”

“I hope one them was you,” answers Tina.

“It is,” says Mariah. The poster, an image for Mariah’s Rainbow tour book, is spotted in one of the closing scenes.

And that’s how Mariah, the true diva that she is, made an appearance in perhaps one of the most defining teen movies of our time.

WATCH: Mariah Carey owns Christmas and all the potato chips she wants