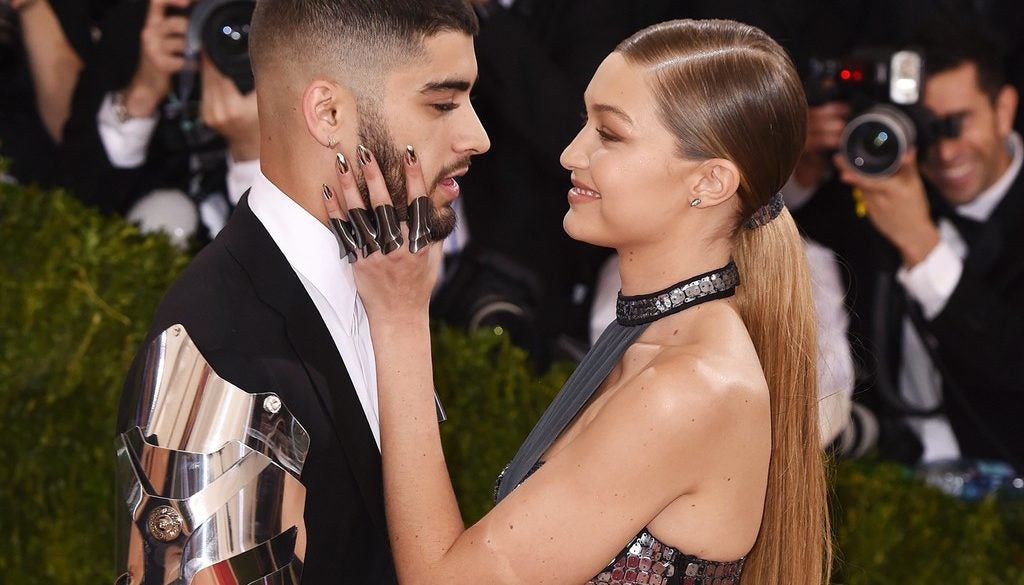 Today, Zayn Malik and Gigi Hadid posted on Instagram black-and-white pictures of their first baby’s tiny hands. Sneaky is the word as Gigi reveals that the baby girl was born last weekend.

News of Gigi’s pregnancy popped up on the notifs last April. In August, the model momma dropped pregnancy photos by fashion photographers Luigi & Iango. On the other hand, Zayn has nothing but sweet words for his angel.

Our baby girl is here, healthy & beautiful🙏🏽❤️to try put into words how i am feeling right now would be an impossible task. The love i feel for this tiny human is beyond my understanding.Grateful to know her, proud to call her mine, & thankful for the life we will have together x pic.twitter.com/nvhfOkk2fw

The road to this parental bliss wasn’t perfect. Let’s recap how these two became an item, dodged the paparazzi, went through a breakup (or two!), and showed off cheesy gestures before they became perhaps one of the most good-looking parents any child could have.

Vogue reports that the couple met at a Victoria’s Secret Party in November 2015. After months of rumors and stolen shots, Zayn confirmed the relationship with a photo on Instagram. The post does not exist anymore, but the Internet never forgets.

Why the erasure? It may or may not have something to do with how they’ve been through several splits. In June 2016, whispers of a breakup floated about. It was controversial because earlier that year, Gigi starred in Zayn’s “Pillow Talk” music video.

2017 was a happy year for the couple. It was all about love, and social media displays of affection.

Let us also not forget that the duo hit the cover of Vogue. In the story, they talk about borrowing each other’s clothes. Gigi teases Zayn, “I shop in your closet all the time, don’t I?” The pop star replies, “Yeah, but same.”

It was going well. Until 2018 came along. The couple declared residence in Splitsville in March of that year.

In June 2018, Zayn talked about the relationship with GQ and didn’t say a bad word about Gigi. “I’m really thankful that I met her.” He even opened up about how he’s close to Gigi’s entire family, including The Real Housewives of Beverly Hills star and now grandmom Yolanda Hadid.

November 2019 to January 2020 is a hazy time, at least for those who aren’t in the ZiGi inner circle. When did they start hanging out again? Were they truly ever “just friends”? What about Gigi’s thing with Tyler Cameron?

Whatever! February 2020 brought about this confirmation that Zayn and Gigi got back together.

May 2020: In true Zayn-Gigi fashion, the model talks baby news on The Tonight Show Starring Jimmy Fallon, even if we haven’t entirely caught up.

And now we’re here. Zayn, a Capricorn, and Gigi, a Taurus, have their Virgo baby girl. Congratulations!