My rejoinder on vaccination and ivermectin | Inquirer Lifestyle ❮ ❯ 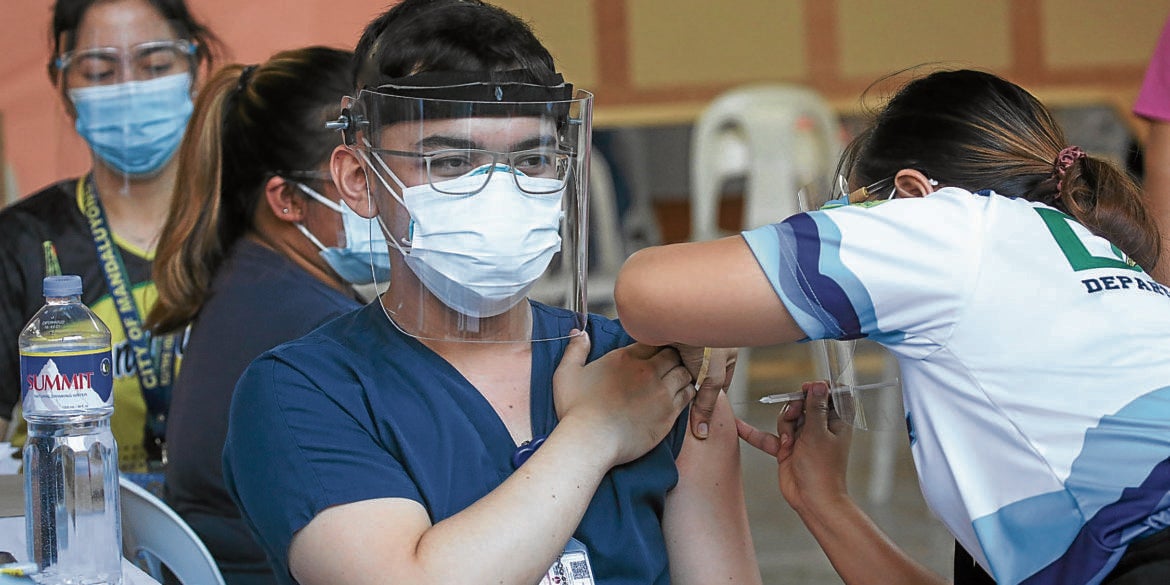 My rejoinder on vaccination and ivermectin

Our commentary last week seemed to have stirred a hornet’s nest, with a few things taken out of context. Some clarifications are in order.

I am NOT an anti-vaxxer. I clearly stated that in areas outside of the current COVID-19 hotbed areas, mass vaccination should proceed as planned.

What I suggested was that in Metro Manila and all areas included in the “bubble” with runaway (uncontrolled) transmission, it’s probably more prudent to suspend vaccination in young and healthy adults 20 to 40 years of age, and reserve whatever limited supply of vaccines we have at the moment for the vulnerable sector of the population—the elderly, and younger individuals but high-risk like those with heart disease, hypertension, diabetes, asthma, obesity and other comorbidities.

Even outside of the “bubble” areas, I believe the elderly and vulnerable population must be prioritized for protection, together or even ahead of the 20- to 40-year-old front-liners. At the current slow rate we’re going, even a two-week delay may mean a lot already to our vulnerable population.

The reason for prioritizing the elderly and those prone to severe COVID-19 is that the healthy young adults are not that vulnerable and have an extremely low risk of dying, not much higher than the risk of dying from a vaccine-related reaction.

The second important reason is that between the first and second doses of the vaccine, the young adult is still suboptimally protected in a scenario of rapidly rising community transmission, that is, when the virus could be all around us. The risk of catching the virus is much higher than if community transmission was controlled. The asymptomatic, partially protected young adult may unknowingly carry the virus and spread it around.

What’s worse, because of the suboptimal immune protection, a part of the viral population is likely to survive and evolve into a new variant or mutation that will be resistant to the vaccine injected in the young adult. The mechanism is similar to the development of microbial resistance due to suboptimal dosage of antibiotics.

If you have thousands of these young adults serving as viral breeding reservoirs and “training grounds” for the virus, the midterm to long-term consequences can be unimaginable. If the vaccines are shown to be already ineffective after six months or so, this may be the likely cause.

So, it seems to be a more rational strategy to suspend, NOT cancel, mass vaccination in the young healthy adults in Metro Manila and the rest of the hotbed areas in the bubble, and resume only when community transmission has been adequately controlled. If we do our jobs well, this should only take a few weeks.

My recommendation to use natural immune system boosters plus ivermectin also seemed to have hit a sensitive nerve. I’m well aware of the advisory of the Food and Drug Administration (FDA) and several other professional organizations stating that the evidence for ivermectin is still not sufficient.

My apologies, but assessment of sufficiency and insufficiency of data or evidence is somewhat relative and arbitrary depending on quite a number of factors. I have my highest respect for all those who drafted the ivermectin advisory. But in times of pandemic, with so many lives hanging in the balance each hour of the day, we don’t have to demand the same rigid criteria for acceptability as we do with a nonemergency indication like mild hypertension with many therapeutic agents already available.

When you’re under attack by ruthless killers, you’ll use anything that can help you ward off the killers, and give you a fighting chance to survive.

In the last two to three weeks when all big hospitals in Metro Manila are filled to maximum capacity, such that patients could not even be accommodated in their emergency rooms, you just can’t tell these highly symptomatic patients—some with already dipping oxygen levels in their blood (hypoxemia)—“Sorry, we can’t do anything because the hospitals are all filled up; just go home and take paracetamol for your fever and some phlegm liquefier or nebulizer to help you breathe.” For the high-risk patients, they can rapidly deteriorate within hours and die.

For me, what we should primarily ensure is that the alternative treatments we try on our patients have no potential for significant harm. We have to inform the patient also that we’re using these drugs off-label—they’re approved for other indications but not for COVID-19.

One of the safest

Some critics compare ivermectin with the now discredited hydroxychloroquine (HCQ). There’s a world of difference between ivermectin and HCQ, which I rarely used even at the peak of its scientific and media hype. I was scared of HCQ’s potentially deadly complications in patients with or without heart problems.

But for ivermectin, it’s reported to be one of the safest drugs with around 3.5 billion doses already given worldwide. Of the more than 40 studies published on it, none showed a signal for significant harm.

Admittedly, though, the studies are low to moderate in quality, because practically all of them were self-funded; no big pharma or international agencies would fund these studies before. But, it cannot also be simply dismissed that there’s a strong suggestion of benefit to the tune of around 70 to 83 percent reduction in deaths, and a vaccine-like efficacy of around 90 percent in preventing disease transmission.

Quite modest as the studies may be, the results are quite impressive that there are now more than 70 ongoing trials worldwide trying to validate the outcomes in these early trials.

We can actually take part in this global undertaking to evaluate the effectiveness of the drug. In a month’s time, we should be able to derive some conclusions if it works or not.

Mayor Francisco “Isko Moreno” Domogoso can perhaps put all suitable adults in one or two big barangays in Manila with uncontrolled viral transmission on two tablets of ivermectin given two weeks apart, and compare that with nearby barangays with a similar increasing rate of new cases. After a month, we’ll find out if the rate of transmission has been reduced by administering two pills, and see also if there are significant side effects. Total cost is around P50 per person.

If there’s an indication of benefit, we can extend the observation to three months. But after the first month, and every month thereafter, we can involve more and more barangays. If we do it methodically and systematically, in six months, we shall have covered the entire country and there’s that bright prospect that we may be able to control transmission significantly, live near-normal lives, and look forward to a merry Christmas.

Even if you discount the mortality benefits of ivermectin by 50 percent to account for the bias and study design flaws, the benefit is still immense, and much better than commonly used drugs and interventions like remdesivir, tocilizumab, monoclonal antibodies, extracorporeal membrane oxygenation (Ecmo), etc. Costs of these expensive treatments are around 300 to 1,500 times more than a three-dose regimen of ivermectin costing around P75 for the three capsules or tablets.

I think ivermectin is the great equalizer for the poor and rich patients with COVID-19. During these past several weeks, with the full occupancy of hospitals, I’ve treated and am still treating more than 20 patients with mainly a combination of high-dose melatonin and ivermectin. Some were also given oral antibiotics.

With God’s mercy and grace, most of them have already recovered and the rest are still on treatment and doing well.

My only regret is that the pharmacy compounding the ivermectin for my patients was ordered to stop compounding the drug by the FDA more than a week ago. If the FDA cannot allow compassionate compounding of a potentially life-saving drug, then I proposed in my commentary last week that the government should carry out emergency procurement of the drug and distribute it for free to control transmission and treat the disease.

I was told that in India it only costs P5 per tablet. So, with P15, we can give an indigent, sick COVID patient a fighting chance to survive. Is that foolish, irrational thinking, as my commentary was labeled by some?

This is the challenge in solving this pandemic and treating individual COVID-19 patients. The science of COVID-19 is still dynamically evolving—no solid ground yet we could stand on. We’re all treading on thin ice. However, we should not lay motionless. We should hold each other’s hands and make every effort to move to solid ground, just making sure each step we make is not a misstep. Not taking a vital step at a crucial time is a misstep by default.

I thank all who have read my commentary thoroughly and not only selectively.

I sincerely thank Dr. Tony Dans, spokesperson of the Health Alliance of Professionals Against COVID-19, and Dr. Mario Panaligan, president of the Philippine College of Physicians, for reaching out to me to clarify their concerns. I thank all those who reacted either favorably or adversely. Whatever your reaction is, it means we share the same passion and desire to get us out of this pandemic bind.

I wish peace, love and harmony for our nation and the whole world. May God’s mercy and grace be upon us all. INQ