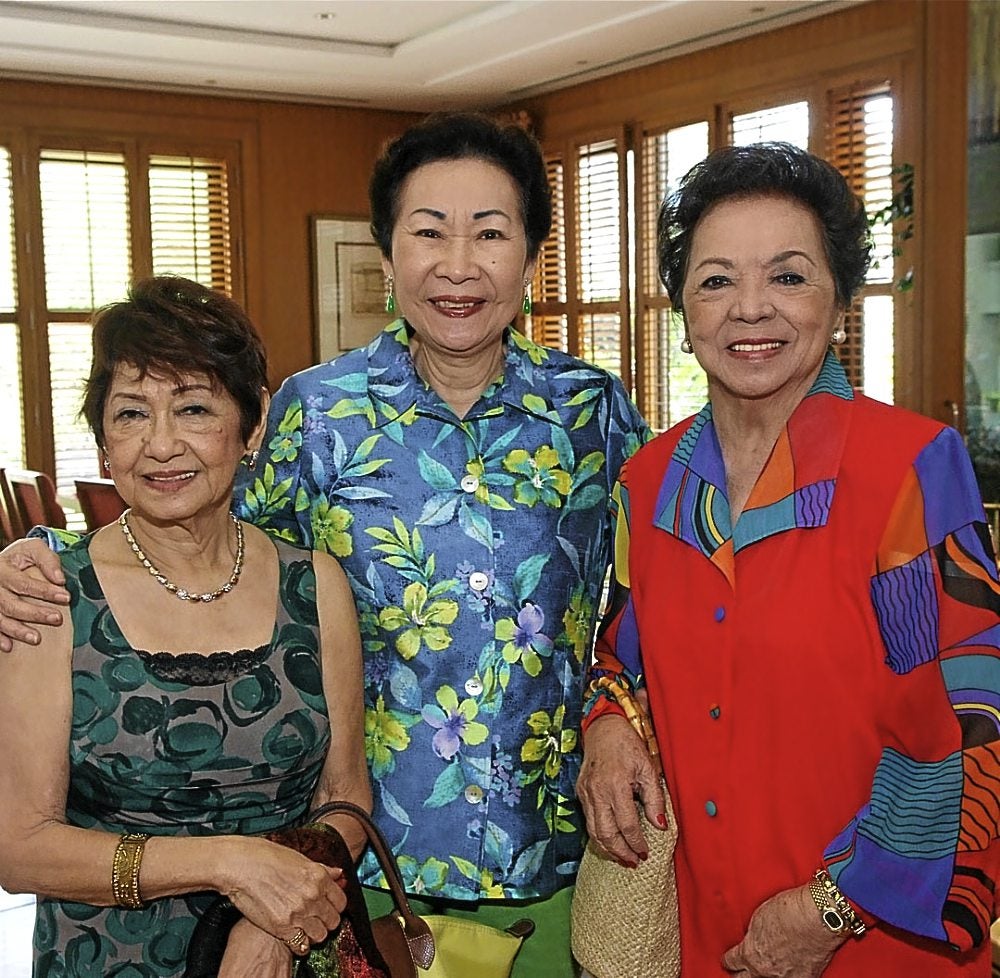 Sooner than you could bat an eyelash, Mely was fresh and ready again in a stunning Inno Sotto gown to welcome another set of 120 chosen invitees to an excellent buffet dinner, catered by La Tasca, naturellement.

During dinner, one lady guest told moi, “It’s a good thing Mely entertains like this only once a year, otherwise I’d run out of jewelry to wear as my accessories.”

With such a running commentary, it was time for me to table-hop till we said our “thank yous” to Mely Concepcion Hechanova, but of course, dahlings.

An awesome spectacle of fabrics and designs showing glamour and sophistication without a lot of skin was the 2012 Islamic Fashion Festival (IFF), presented by the Embassy of Malaysia at the Grand Ballroom of InterContinental Manila, dahlings.

The festival was launched in 2006 by Dato Raja Rezza Shah, a Renaissance man of royal descent. It aimed to show the gentle side of Islam and the beauty of diversity through fashion.

The festival has been presented to international acclaim in key cities around the world.

Welsh-Malay television and stage personality Stephen Rahman Hughes jetted in from London to sing two musical numbers to the delight of the audience, palanggas.

During the fashion show, executive chef Alisdair Bletcher and his team laid out a four-course Malaysian dinner, dahlings.

The event generated funds for Filipino scholars at the Allianze University College of Medical Sciences in Malaysia. It also raised funds for the Museo Pambata, Philippine Public Safety College and Virlanie Foundation Inc.

The Friends for Cultural Concerns of the Philippines (FCCP) presented “Fashion With A Vision,” featuring members of the FCCP as well as top models wearing exotic creations by Dita Sandico Ong, Patis Tesoro and Malu Veloso.

The designs were made from indigenous fibers such as abaca and piña.

Also included in the show were eye-catching creations by talented young designers from the UP BS Clothing Technology Batch 2012.

The show raised funds for the scholarship program and other projects of FCCP, dahlings.