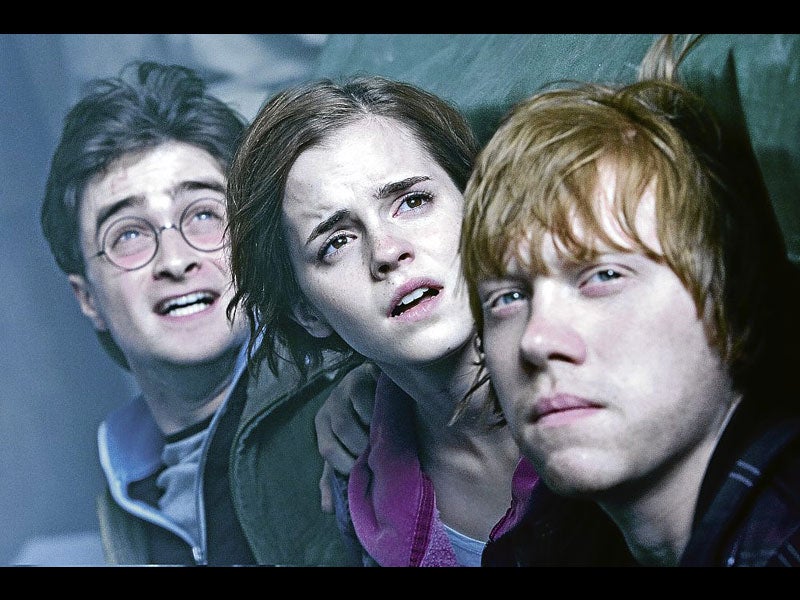 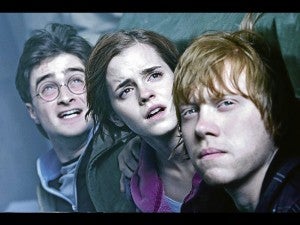 It all began almost ten years ago with three people, covered in shadow, walking down a silent street. With them, they brought a tiny boy, asleep and bearing on his head a scar shaped like a lightning bolt. The child would grow up hidden from the magical world until The Boy Who Lived came of age and received a letter, via owl mail, addressed to Mr. H. Potter, The Cupboard under the Stairs, 4, Privet Drive, Little Whinging, Surrey. Once opened, the letter began: “Dear Mr. Potter, we are pleased to inform you that you have been accepted to Hogwarts School of Witchcraft and Wizardry.”

The boy—and the recipient of the letter—was of course Harry James Potter, and all this came to pass in the first scenes of “Harry Potter and the Sorcerer’s Stone,” the first film adaptation of the best-selling series from J. K. Rowling in 2001. But that letter could easily have been addressed to us, the Muggle moviegoers as each of the seven movies has taken us all over Rowling’s enchanted and dangerous land as seen in the seven books.

With the unfolding of “Harry Potter and the Deathly Hallows–Part 2,” we now stand at the end of Harry’s monumental onscreen journey. We have witnessed Harry (Daniel Radcliffe) at the heights of his life and now, as Lord Voldemort (Ralph Fiennes) arrives to lay siege to Hogwarts, we are about to watch him at the worst point in his young life. “Harry Potter, the Boy Who Lived,” Voldemort hissed. “Come to die.”

At the end of “Harry Potter and the Deathly Hallows–Part 1,” Harry and his companions Ron (Rupert Grint) and Hermione (Emma Watson) figured out that to destroy the Dark Lord they needed to destroy the horcruxes—objects where Voldemort had hidden part of his soul. Their journey takes them back to Hogwarts, now under the control of the evil Death Eaters and headmaster Severus Snape (Alan Rickman). Amid the killing and the kissing, it is at Hogwarts where Harry and Voldemort will face each other for the last time. “Let’s finish this the way we started it,” Harry answers. “Together.” 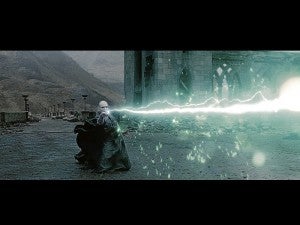 David Yates returns to direct his third Harry Potter film. What has truly distinguished Yates since taking over in 2007’s “Harry Potter and the Order of the Phoenix” is how he has made the series his own and allowing the series to develop a visual style of its own. He brings both qualities with him as he delivers the shortest Harry Potter movie yet, running at about two hours.

This might seem counter-intuitive but Yates has decided to whip up a Fiendfyre of a finale, full of furious action and breathless exposition. While he has already developed a reputation for leaving out chunks of Rowling’s books in order to give the films just a but more Floo Powder, that is nothing compared to how much he leaves out in “Deathly Hallows Part 2,” something that the die-hard Potter fanatics may take issue with. Though it feels like he gets a bit overly urgent in parts as if too aware of the movie’s significance, Yates imbues Potter reliable Steve Kloves’ script with a desperate and yet epic energy—most deliciously visible with vibrant action like the inspired Gringotts heist—but most of all concentrates on providing a satisfying coda to the entire series. At the end, all is well.

He does this by concentrating the camera’s mad eye on Harry himself above all else. Radcliffe gives his most impassioned performance to date, convincingly portraying a young man about to lose everything he treasured, pitch perfect in a fine valedictory turn as Harry. Grint and Watson continue to deploy their winsome chemistry, proving some of the movie’s cuter moments, reminding us that they are an organic and essential part of the witch’s brew that makes the Harry Potter movies work. There are also winning bits from Helena Bonham Carter in a nifty bit of double duty as Bellatrix Lestrange and Matthew Lewis as the unlikely warrior Neville Longbottom. But aside from Radcliffe’s movie-long ace performance, it is the choice tidbits from the brilliant Rickman as the controlled yet conflicted Snape that gives the movie a surprising dramatic turn. 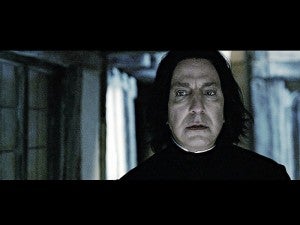 As the final film, “Deathly Hallows–Part 2” also harks back to the beginning with Yates employing a couple of clever montages and a lot of cameos. Between this film and “Deathly Hallows–Part 1,” nearly every actor who appeared in the movies returns even if only for a scene. After watching this film, teary-eyed audience members will probably go home and pop in that DVD of “Sorcerer’s Stone” and start watching the series from the top.

All that is only fitting as “Harry Potter and the Deathly Hallows–Part 2” brings to a close one of cinema’s most extraordinary family of films, a fitting farewell to Hogwarts, both tragic and triumphant at the same time. It was a series that celebrated creativity, defined an entirely new generation’s filmic experience and was that rare gift that makes us believe there’s a little bit of magic in all of us.