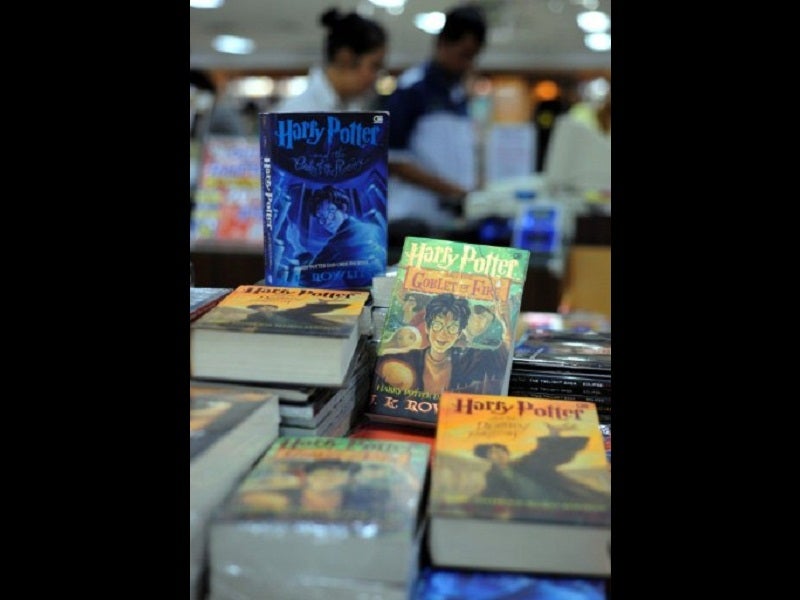 How Harry Potter changed the world

The story behind the story itself has a bit of magic to it. It’s been retold many times in many different outlets, but there is just something about how Harry Potter came to be that bears remembering and inspires awe.

In 1990, Joanne Rowling was on a train from the northern territory of Manchester and on her way to London when she first thought of the boy wizard. Later divorced and living on welfare in Edinburgh, Scotland, Rowling continued to work on her novel, now called “Harry Potter and the Philosopher’s Stone,” finishing it in 1995, and submitting it to Christopher Little Literary Agents, where it was saved from the slush pile by an employee at the agency named Bryony Evans.

The agency submitted it to several publishers, who rejected it, but London-based Bloomsbury agreed to publish it. The first British edition came out in 1997, now written by “J.K. Rowling,” as the publisher wanted a more gender-neutral name—and Scholastic released the first American edition, now re-titled “Harry Potter and the Sorcerer’s Stone,” in 1998.

Since then, there have been a Gringotts-worth of awards, sales milestones, and lots and lots of real-world Galleons and Sickles. Producer David Heyman bought the rights to the books and the first movie came out in 2001, directed by Chris Columbus and starring the otherwise unknown trio of Daniel Radcliffe, Rupert Grint, and Emma Watson.

Now, 10 years later—and four years since the release of the last book—the movie franchise ends with its eighth installment. At 45, Rowling is one of the world’s richest people and recipient of the Order of the British Empire. And Harry Potter has touched us all.

Today, John Williams’ magnificent original theme is instantly recognizable, and there are actually teams at American universities playing an earthbound version of the previously imaginary sport of Quidditch. There is much to love about the entire Harry Potter phenomenon, but here are five things that Harry Potter did to change the world as we know it, adding just a hint of Hogwarts to our everyday lives.

1. It made reading cool. Much has already been said about how the Harry Potter books saved the publishing industry. It isn’t idle talk.

At a time when more and more readers were switching to other forms of media and less and less readers were actually reading books, the Harry Potter books stirred a deep, lasting public interest. That interest manifested in the massive sales of over 450 million copies around the world, translated into over 60 languages. But more than just selling copies, Harry Potter turned book releases into major events, turned an entirely new generation of children—and adults—into voracious readers.

It turned reading actual books into something more than cool: it became something magical.

2. It added “Muggle” to our vocabulary. The Harry Potter series bristles with humorous and inventive wordplay at every junction, from names of places (Diagon Alley) to magic words (Riddikulus!). But the lasting impact of the Harry Potter books on daily discourse was felt most in 2003, when the word “Muggle” was actually added to the online version of the Oxford English Dictionary. While the word itself has some obscure and archaic previous definitions, it was Rowling’s modern usage of the word—a person without magical powers—that led to its inclusion to the OED Online.

3. Two words: Emma Watson. Robert Pattinson may have previously left an impression as the doomed Cedric Diggory, but the series’ lasting gift to acting is the versatile Daniel Radcliffe, who has appeared onstage in “Equus” in London and “How to Succeed in Business Without Really Trying” on Broadway.

But the series’ most overachieving star is clearly Emma Watson. She was a completely unknown 9-year-old when chosen to play Hermione Granger. A decade later, she has emerged as a fashion icon, appearing on the covers of magazines as diverse as Interview and Vogue.

Though she has since left school, Watson attended Brown University. Say what you will about her acting, but Watson has carefully molded herself into a worthy role model for today’s teens, being both fashionable and sensible.

4. It led to the popular rise of Young Adult lit. What we now easily call YA has always existed, but it was the Harry Potter novels’ very broad appeal, crossing over between children’s books and adult books, that led to a mainstream awareness of YA as a genre.

It can easily be argued that the Harry Potter books, while not directly linked to the creation of popular YA titles, is very much responsible for the positioning of these books as “the next Harry Potter,” setting them up for a wider audience.

Harry Potter led the charge and was the first to ensure that a specific bookstore shelf would be set aside for these titles. So it can be argued that without Harry Potter, there would be no Percy Jackson and the Olympians, no Hunger Games, and—gasp—no Twilight.

5. It made movies for Young Adult books possible. Along those lines, the Harry Potter franchise in general trod on uncharted ground when Heyman and Columbus adapted the first book into a motion picture. Just like in popular literature, producers tended to classify certain films just for children and other films for adults. Those same books would easily have been left untouched by cinema.

But Harry Potter changed that, conjuring up a massive crossover audience for its films, transfiguring the movie world and box office into something safe for everything from sparkly vampires, to, of course, the boy, now a man, with a lightning bolt scar on his forehead. Long live Harry.