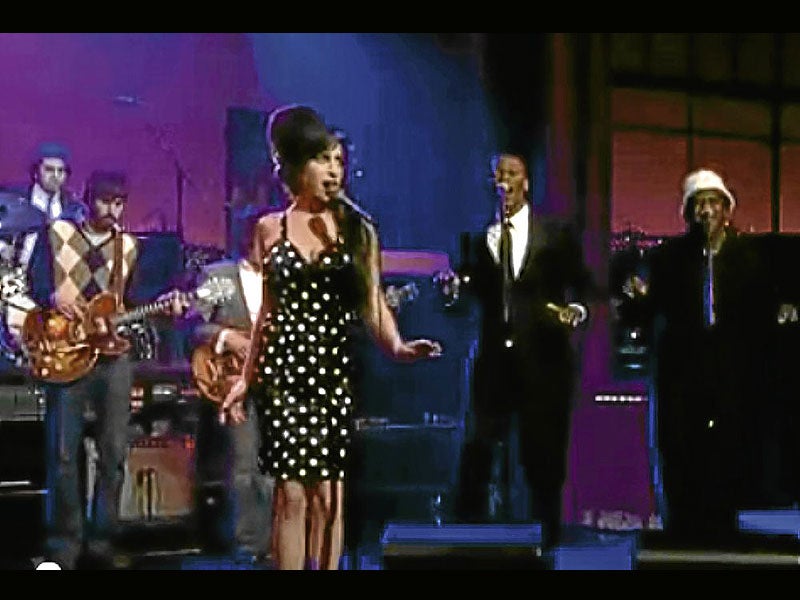 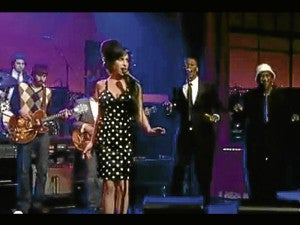 We all watched her downward spiral. The blood-spattered shoes, the messy beehive, the scratches on her arm, the eyes that can’t seem to focus. The disastrous gigs, the scary videos, the tragic photos. Amy Winehouse battled demons, succumbed to addiction again and again, and the world watched while she did it.

And sadly, it is this Amy that most people look back on—the tormented soul, the lonely girl, the tragic addict.

But Amy was undeniably a gifted songwriter, an incredible singer and a talented musician. Here are 10 YouTube videos to help you remember the Amy Winehouse we love.

Amy made her US television debut on the David Letterman show. Amy sang “Rehab” in a pretty polka dot dress, her hair in her trademark crazy beehive and tattoos covering her arms. “She looks a little bit like a Ronette, doesn’t she?” Paul Shaffer, the show’s musical director, asked David Letterman after her performance. 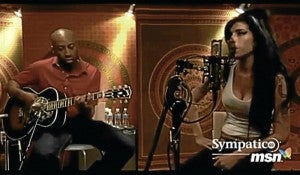 Wearing a tank top and jeans, Amy dresses down for this acoustic performance. She sings “You Know I’m No Good” sitting down, with her hand on her hip, with only a guitarist to accompany her. Brilliant song, brilliant performance.

This is a video of Amy Winehouse performing her song “Love Is A Losing Game” at The Mercury Prize in 2007. The performance shows Amy at her best—in control and a little playful. The heartbreaking performance received thunderous applause. “I like that when she sings this song, you can tell she means every single word,” one YouTube member wrote. 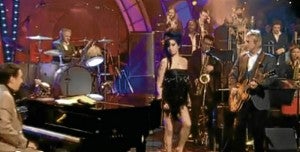 ‘I Heard It Through The Grapevine’

Amy performed Marvin Gaye’s “I Heard It Through The Grapevine” with Paul Weller and Jools & His Rhythm & Blues Orchestra on Jool Holland’s Annual Hootenanny in 2006. Amy is a picture of old-school glam with her tiny feathery black dress and flowers in her hair.

This video proves what Amy Winehouse fans know. She doesn’t need an elaborate stage setup, she doesn’t even need a stage. To show her gift, all she needs to do is open her mouth and sing. 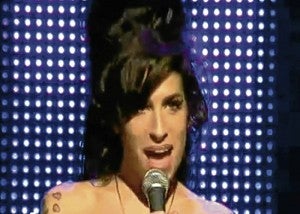 ‘Back to Black’ (live acoustic—SXSW)

In this black and white video, Amy performs “Back to Black” at the Island Records party at SXSW 2007. The other videos from this performance are worth a look too. Searching for her “Love Is A Losing Game” performance at SXSW.

‘Back To Black’ (Vodafone Somerset House)

Yes, we’ve already picked a “Back to Black” video but this live performance is too good not to include in this list.

‘Tears Dry On Their Own’ (live London)

In this video, Amy performs “Tears Dry On Their Own” in London. The song, which was written by Amy, spent four weeks on the number one spot on the UK’s Airplay Chart in 2007. 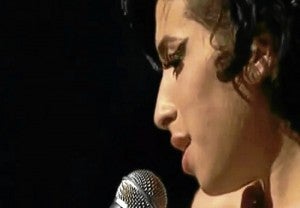 ‘Stronger Than Me’ (live at V Festival)

This video shows Amy in the early days of her success, performing “Stronger Than Me” at the V Festival in England. This was pre-beehive and long  before she got her pin-up tattoos.

Amy performs “Addicted” in London’s Shepherds Bush. The video starts with her being introduced as Mrs. Amy Winehouse. “I Told You I Was Trouble” was her first show after marrying now ex-husband Blake Fielder-Civil.