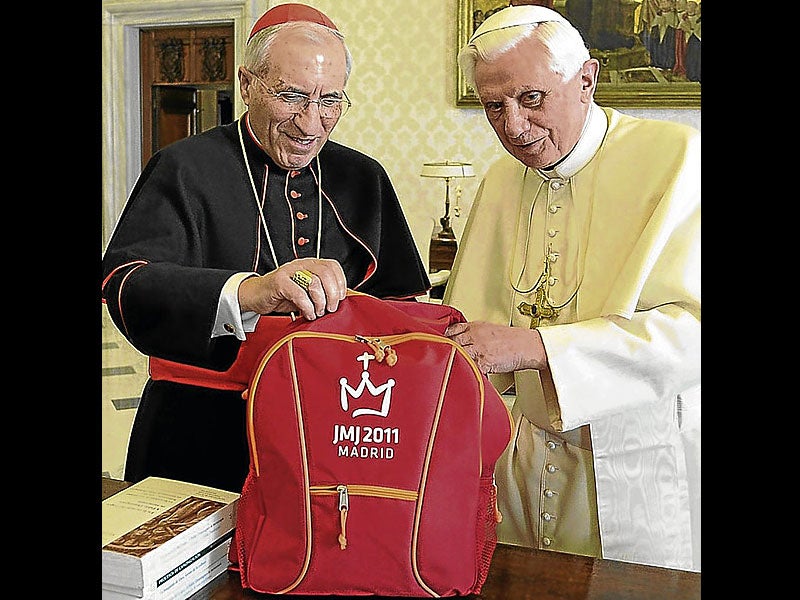 Why World Youth Day is cool 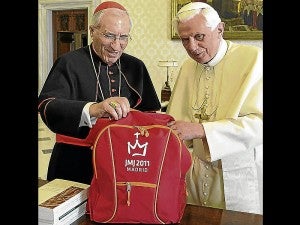 On August 16, just a few days from now and counting, hundreds of thousands of young people from all over the world will meet with each other and the Pope in Madrid for World Youth Day 2011 (WYD).

Although it is a Catholic event, all youth are called to join the pilgrimage, regardless of religion.

It was started by the late Pope John Paul II in 1985 to encourage young people everywhere to grow in love for Christ.

The theme of every WYD celebration is traditionally based on a scriptural verse, which is particularly relevant to the time the event is held. This year’s theme comes from St. Paul: “Planted and built up in Christ, firm in the faith.”

Many young people look forward to WYD because it is a time and place  to get in touch with their spiritual side in a new, fun, and cool way. Aside from the pilgrimage, they get to meet people of different backgrounds, exchange souvenirs with them, attend youth festivals and culture programs every day and night for a week.

The last night, however, is what pilgrims look forward to the most because it is the night everyone camps out together after a vigil with the Pope. Think of it like a sleepover in the Cuatro Vientos airport with more than a million people. It really is no surprise that so many people signed up for WYD this year! 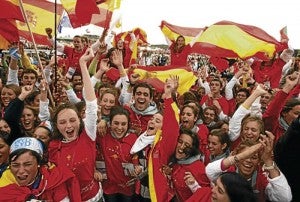 WYD is not all fun and games, though. Previous pilgrims from our school told us they’d be really exhausted by the time they got to bed, and they slept for three to four hours only every night. The food’s not always good, and there are crowds everywhere. But you don’t go to WYD for a vacation—WYD is a journey; it’s ultimately a pilgrimage of self-discovery and the discovery of God’s love for us all.

People usually register for WYD with their families, friends, or delegations. I, with approximately 44 of my schoolmates  in Paref Woodrose School Inc., formed the Narra Delegation for the WYD.

Our school entrusts the spiritual formation of the people in it to Opus Dei, a Catholic institution founded by the Spanish Saint Josemaría Escrivá in 1928. The mission of Opus Dei is to spread the message to everyone that work and circumstances of everyday life are occasions for growing closer to God, for serving others, and for improving society. It is  in 66 countries and is growing.

It is, therefore, very fitting for our delegation to retrace the footsteps of our school’s favorite saint once we get to Spain. After Madrid, we’ll visit Barbastro, where he was born; Pamplona, where the main campus of the Universidad de Navarra (also founded by Saint Escrivá in 1952) is located; Torreciudad, where his mother brought him on a pilgrimage; Zaragoza, where he studied and was ordained to priesthood; Barcelona, where he stayed for a while during the Spanish Civil War.

For me, the upcoming WYD will be an encounter not only with the Pope and other young people, but also with Jesus Himself. We’ve been spiritually, mentally, physically, and emotionally preparing ourselves for this event since last year, so it’s still a bit surreal that we’re already leaving for Madrid on Sunday. We can only pray that it’ll be everything we hoped for and imagined it to be (although we’re quite sure it will exceed our expectations!). 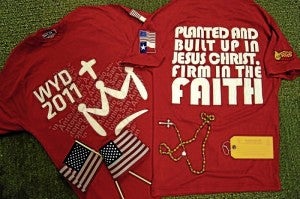 If you regret not having heard about World Youth Day earlier, don’t fret! There are still many opportunities to join in the future. You can start getting ready for the next one in 2014—the next host country is announced by the Pope at the end of every preceding WYD. You can also participate in this year’s celebration in your own way:

“From Madrid to Manila: Overnight Youth Vigil” is one of the many local activities that hope to bring WYD to those who couldn’t attend the festivities in Spain this year. It will be held at Ateneo de Manila University on Aug. 20-21. More information can be found on the event’s Facebook page.

You can also visit www.livestream.com/madrid11tv, in which the main events of WYD will be broadcast for six hours a day in several languages starting on Aug. 16, and www.facebook.com/WYD.LCM for live updates. Finally, you can check out www.facebook.com/worldyouthday to see how you can join WYD from your own home.