It started with a paper clip | Inquirer Lifestyle ❮ ❯ 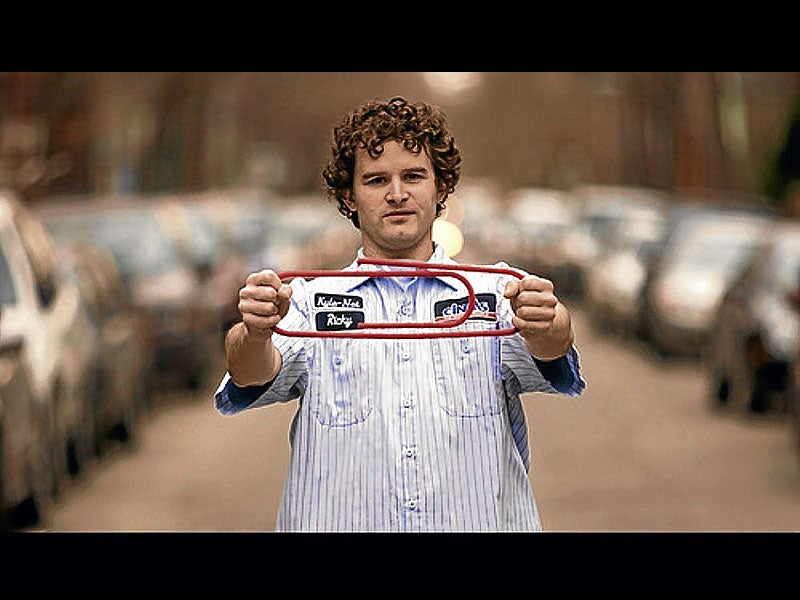 It started with a paper clip 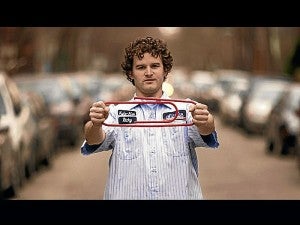 Kyle MacDonald has a thing for projects—and not just any project. He likes to make the seemingly impossible happen.

And finally, the town of Kipling Saskatchewan in Canada traded a house for the movie role. Kyle didn’t just get a house—he was even given a key to the town.

Kyle chronicled his swapping adventures on his blog (www.oneredpaperclip.com) and eventually, in a book (“One Red Paperclip: Or How an Ordinary Man Achieved His Dream with the Help of a Simple Office Supply”) which has been translated in 14 languages.

The swaps have led to great things for Kyle. His story has inspired a Volkswagen TV commercial in Spain and a Grolsch Beer commercial. Kyle also ended up starring in a Mastercard commercial and guesting on a Japanese game show. He currently holds the Guinness World Record for Most Successful Internet Trade. A motivational speaker, Kyle has told his story in universities, corporate events, and conferences around the world. 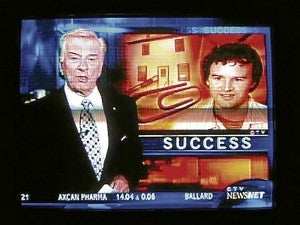 The Red Paper Clip Guy is far from done. Recently, he and his friends carried out Store Buyout (www.storebuyout.com). They walked into Hercules Fancy Grocery in New York and bought everything inside the store. Hercules, the store’s 70-year-old owner, was about to lose his lease, and Kyle and his team picked his store so they could help him.

They continue to raise funds for Hercules by turning the store items into art, and making them available for purchase on their website (www.storebuyout.com/art).

Kyle now lives in Montreal with his wife Dominique, where he’s busy with his new project—trying to find the people in a picture his brother Scott found on the Internet one drunken night (www.whoaretheseguys.com).

What was your life like before the One Red Paper Clip Project?

Pretty much as it is now, same friends, family, girlfriend.  I just worked on little projects that nobody had ever heard about, but my day-to-day living was very similar to now!

How did you come up with the idea?

In school, people would play a game called Bigger or Better. You start with a small object and trade it for a bigger or better object. Repeat. It was a kids’ game. More knocking on doors, less Internet.

How far did you travel for the One Red Paper Clip Project? 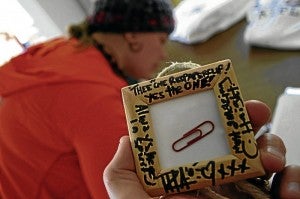 All over the USA and Canada. My farthest trades were more than 4,000 km apart!

Which was your favorite trade?

Tough to say, but really just the first trade of the red paperclip for the fish pen.  Without that trade, nothing else would’ve ever happened. Every great journey starts with a single step!

How did that one red paper clip change your life?

I traded it away, and then great things started to happen.  It’s so much more important to get your ideas out there into the world than to covet them and do nothing.  Getting rid of that red paper clip was one of the best things I ever did.

The One Red Paper Clip Project was a huge adventure. Which were your favorite moments?

It was really fun to meet  great new friends in new places.  Going on stage with Alice Cooper was quite exciting, but the best part of all was the huge housewarming party at the very end of the adventure in Kipling Saskatchewan.  More than 3,000 people showed up.  It was a real fun time!

Is it true you have a Guinness World Record?

Tell us about Store Buyout. How did the idea come about? 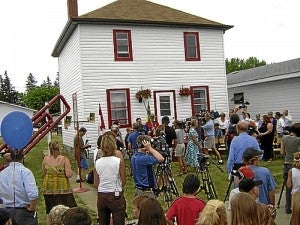 In 2006, I came up with the idea of walking into a store and simply buying everything.  Five years later, I convinced enough people that we should do it, and the next thing you knew we were in New York City making it happen.  The concept was always pretty simple: Everything in a store is for sale, but nobody ever buys everything. Somebody was going to do it eventually, and we decided it was going to be us.

Why did you choose Hercules?

One of the team members, Jody, knew Hercules.  We learned he was going to go out of business, so we wanted to help out and give him the best sales day of his entire life and attempt to help him stay in business.

The sale is going well!  We’re currently auctioning off the original sales receipt!  We hope to sell the receipt for a very high price. Profits from the sale will go towards getting Hercules the store of his dreams.

You have a thing for projects—which is the craziest one you’ve tried to pull off?

I’m trying to figure out who these guys are: www.whoaretheseguys.com. My brother found the picture on the Internet back in 2002 and we’ve been searching ever since.  I want to go meet these guys and hang out.

What else has been keeping you busy?

I actually do quite a few speaking engagements to different groups, students, conferences, things like that.  It’s really enjoyable and I look forward to doing more into the future!

What are your biggest passions?

Spending time with family and friends traveling, trying to accomplish the seemingly impossible, driving around in burgundy Dodge Caravans, and riding bikes.

Any future project plans you want to share with us?

I’ll tell you what, if you can figure out who these guys are (www.whoaretheseguys.com), I’ll tell you all my plans for the future.