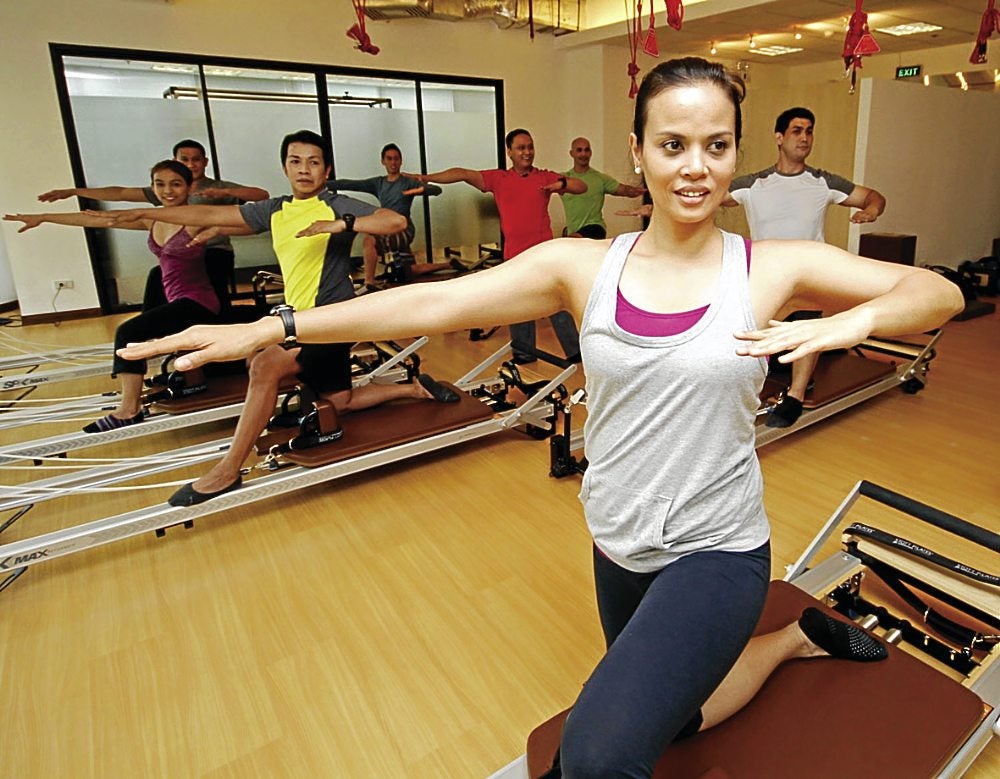 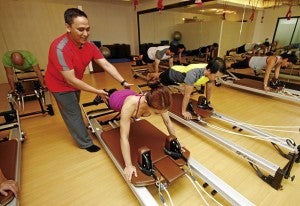 “Most Pilates classes will say, ‘We’re going to work out your core and make it strong,’” said Options Studio owner and education and program director Ole Eugenio. “In the real world, your core is just one of those muscles. Your body is composed of many muscles for different functions. People focus too much on the core that the body cannot move anymore; it becomes rigid.”

Reform Pilates is a choreographed functional-training group workout program based on the work of Joseph Pilates.

Unlike linear movements in Pilates classes, Eugenio incorporated functional training that will make the students move forward, backward, reach to the side, go backward, then reach to the front. Nothing is predicable, he said. For instance, classes will not open with the usual warm-up mat exercise The Hundred. The program will also change every three months.

Reform Pilates, so named because it will reform your body, said Eugenio, is designed to handle large groups—16 students max. Traditional Pilates typically holds only four to six students in a class, if not one-on-one sessions, because instructors need to see that their students are doing the exercises properly. 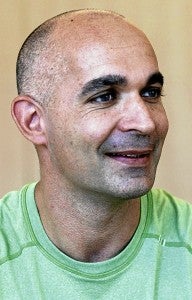 “Reform Pilates has been designed to make the flow of the exercise safe. It’s okay for students to get in and out of poses safely without having to be guided individually by the instructor. It avoids constantly stopping so you get a cardio workout, as well,” said Options Studio CEO Joe Halstead.

The big difference, however, is you don’t need to understand each movement to get the postural and muscular benefits, Halstead said. A normal Pilates class has an instructor explaining why you’re doing what you’re doing, and you learn what you’re supposed to concentrate on. Since Reform Pilates is a functional training, the fluid transition of movements is something that is already familiar to your body.

“When you reach out for something, you don’t just use your biceps. There are many muscles involved in one single movement. Muscles are combined together to produce a certain movement,” said Eugenio. “So the 55-minute class will cover everything—the front, side, back, along with all planes of motion.” 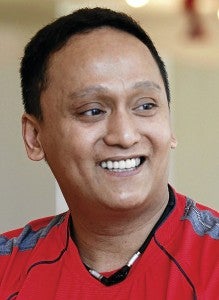 “It’s a very well-organized exercise program. It’s not like those programs that, when you’re a newbie, will make you lift 10 pounds every day. This is something that we make sure will cater to your strength and abilities. Your core should be trained in a way that you don’t have to think about your core; it should switch on automatically. That’s why Reform Pilates was born,” Eugenio said.

Reform Pilates will be presented in Asia’s largest gathering of fitness professionals, the Asia Fitness Congress in Bangkok, Thailand, on Oct. 21-23. Eugenio, who has presented aerobic exercises over the years during the congress, is especially proud to present an exercise developed by a Filipino.

Eugenio has been dreaming of setting up Options Studio in Manila since it first opened five years ago in Singapore. Early this year, he finally made that dream come true, with a second branch in Makati opening next month. Soon the annual fitness congress will witness a Filipino innovation in Reform Pilates. Already the class is fully subscribed. 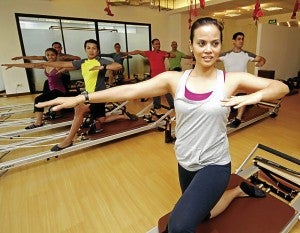 “People work out because they want to be healthy. And what we’ve learned through the years is that just pumping iron is not necessarily the most healthy thing to do. You end up with injuries. They don’t help you in daily life. Functional training will help you with everyday things, and it will make you look better, as well. That’s why it’s gaining more popularity,” said Halstead.

As long as you’re flowing with the movement, everything will happen naturally in Reform Pilates. “When you’re walking, you don’t have to think if you need to walk sideways or you’re not on a flat surface,” said Eugenio. “Reform Pilates will train your body to be more aware.

“That’s why Options was born. We want to give the consumers options in intelligent exercise. We are getting into the age of mind and body exercise.”

Based on his observations, retention rate is higher in Reform Pilates students. It keeps them interested because it is movement they do every day. “That’s why this has more advantages than the traditional Pilates. That is evolution.”

He works with four assistant program directors—a physiotherapist, an aerobics instructor, a physical ed teacher and a dancer. Together, he said, they combine their knowledge and experience in the biomechanics and put them into Reform Pilates.

“Reform Pilates will probably feel more feminine to most guys, like dance is, but it’s actually very hard to do,” said the buff Halstead, laughing. Traditional gym workout of lifting weights, he said, allows the stronger muscle to overpower the weaker ones. As a balanced workout, Reform Pilates will force the smaller muscles to function.

All Options Studio instructors are carefully handpicked and extensively trained in Singapore, where they acquire certifications.

“It’s important for us that our instructors be properly certified. You just don’t watch an instructional DVD and expect to know what to do. This is a science,” said Halstead.