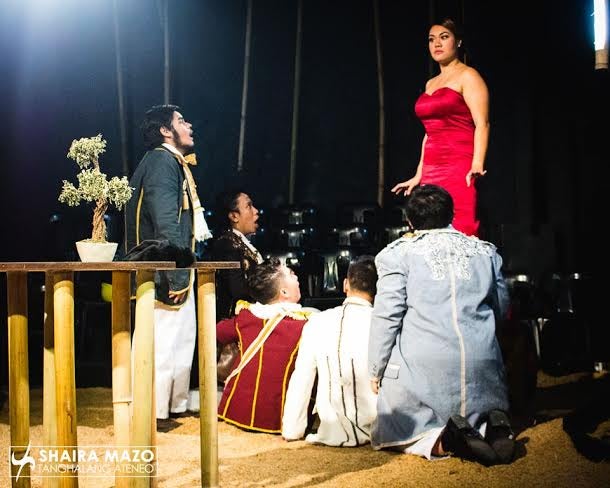 To read Karel Capek’s “R.U.R.” now is to fall into a time warp. Written in 1920, it’s science fiction in the age of the telegraph and steamship. Its most lasting legacy may be the now-familiar word that first appeared in it: robot. (It is based on the Czech word for “forced labor.”)

The story: a company called Rossum’s Universal Robots (hence the title) manufactures and sells robots that look like humans which can do more work for less money than the typical laborer. The firm makes huge lumps of money, but somehow the robots gain consciousness, unite and overthrow their human overlords, killing almost everyone on the planet.

Turning the pages of this play that’s nearly a century old feels like discovering one of the genre’s ur-texts. One can pick out a handful of themes already commonplaces in contemporary sci-fi: machines made to appear and act human-like; technological advancement that dehumanizes; freedom from work that in turn enslaves; man taking on God-like power and being punished for it; machines that turn on their human masters; machines or human-machine hybrids achieving consciousness so as to be indistinguishable from humans.

The trouble is that all of these ideas, interesting though they are, have been explored by others since then, and in better ways. One can imagine the problems anyone now staging the play has to overcome.

Aside from its quaintness, there are its unremitting melodrama, its lifeless characters, its bald moralizing, and its unabashed sentimentality. What is a director to do?

If you’re JK Anicoche, you do the unexpected. For Tanghalang Ateneo’s season opener, he gives “R.U.R.” a distinctly Filipino cast. Not only is the text translated (by Guelan Varela-Luarca, whose recent adaptation of “Romeo and Juliet” for Dulaang UP breathed new life into the shopworn story), the setting is moved from some unnamed island in the West to an indistinct location in this part of the world.

The idea, it seems, is to imagine an alternate history for the Philippines, one in which this woebegone nation is now a global leader in industry and commerce. As Varela-Luarca writes in his program notes, it’s “Filipinas bilang First World Country.”

This notion is best signaled by the language itself. Varela-Luarca points out that translation can be a political act, and shifting the language of the play from English to Filipino comes with complications. If the country is now a First World Country, and in this play’s rendering, the world’s foremost producer of its most desired technological devices, then perhaps Filipino is the global lingua franca in the way English now is.

Which is why the various company officers, though from different countries—Gall from Japan, Alquist from Germany, Fabry from America and so on—speak the language with stiff-tongued awkwardness (with the actors sometimes sacrificing clarity in the process).

But if we are to take the setting as a First World Philippines, why is the adaptation doggedly anti-technology, even primitivist? The entryways and platforms are made of bamboo and lightwood. The robot secretary, Sulla, types with her fingers aglow on a tube of bamboo. When they check the time, the men bring out watches on fobs.

A letter arrives written on a banana leaf. Newspapers and pamphlets are scrolls of jute sack tied with string. When a telephone rings in someone’s pocket, he pulls out a conch with a blue inner light. The head of finance brings out an abacus when he does his sums.

The costumes suggest faded Old World glory: jackets with gold tassels, fringy epaulets, medals and emblems. (They seem dolled up for a party a hundred years too late.) Harry Domin, who heads the company, prances around in a glittery cape. Helena Glory, the woman at the center of the story (given an endearing vividness by Gel Basa), wears a bloodred gown with shimmery beadwork.

The tech-throwback stance is at loggerheads with the idea of an industrially advanced nation. Why aren’t the characters in barongs and power suits walking down the corridors of glass-and-metal office suites brandishing the accoutrements of contemporary urban life?

(And why are the numbers not rejiggered? Rossum’s Universal Robots sells robots in the thousands, yet today the world’s top builders of automobiles and smartphones ship product in the millions. Late in the play, one character has the bright idea of bribing the insurgent robots surrounding the corporate headquarters with the impressive sum of half a billion dollars; surely a much greater amount would be necessary now, when Apple alone earns nearly $200 billion  a year.)

Thinking of the story in this way might have meant rewriting great swathes of it, raising the degree of difficulty. But many sci-fi works, especially those with ideas that have become passé, are substantially rewritten when given new life.

Alfonso Cuarón’s thrilling 2006 film version of “Children of Men,” for instance, makes wholesale changes to the 1992 P.D. James novel, to terrific effect. Besides, Valera-Luarca, with director Dexter Santos, had no qualms throwing out Shakespeare’s verse for “Romeo and Juliet,” which I praised in these pages.

Odd that this production’s conceptual daring comes hand-in-hand with a hidebound fidelity to the text (which, by the way, could have been pared down). The results are, at best, confounding.

Worse, the decision to the stage the play as a comedy of high silliness (Domin standing atop a trolley pushed by a robot as he dictates a letter, Domin and Helena doing a tango when their conversation takes an intimate turn, the theme song of “Titanic” playing as the couple imagine making their escape by boat), the characters given outsize, farcical dimensions, tells us that all this cogitating isn’t to be taken seriously.

Wildness with a lack of care

“Naging baog na bulaklak ang tao,” intones Nana, Helena’s housekeeper, when she hears that babies are no longer being born, a mysterious infertility afflicting humanity (the key idea in “Children of Men”) which she attributes to the invention of robots (she calls them “demonyo”).

Anicoche takes this idea of desiccation and comes up with the clever symbol of rice husks (suggested as well by a discussion of the falling price of grain). But just in case we don’t get it, Anicoche fills the floor of the stage with a few inches of it.

It’s symbolism ladled on thickly; I first thought the setting was a beach. Worse, it gets in the way of the performance. The husks catch on the clothes and hair of the actors, who kick up clouds of dust whenever they make a quick turn. (The staff gives out surgical masks to those who request it, and I wish I’d asked for one. After I’d taken in the two shows of its first weekend, I went home wheezing.)

It’s emblematic of Anicoche’s approach, startling the viewer with a wild idea but leaving him dismayed at his lack of storytelling care. The upshot is that this production, while going down surprising paths, doesn’t go anywhere.

This is Anicoche’s third effort for Tanghalang Ateneo, and to my mind his third disappointment. In my review of the company’s “Waiting for Godot” (done six different ways) in February, I wrote this of the director: “I get the impression of [someone] who paints in broad strokes, restlessly resisting going down conventional trails in order to pursue untrodden paths, for better or worse. His  ‘Battalia Royale’ (adapting the cult movie and novel) and ‘Haring Ubul’ (after Alfred Jarry’s ’ ‘Ubu Roi’) follow the same format: a broad concept within which the performers are given plenty of latitude to operate. It’s director as game master.”

My conclusion about that ill-conceived production applies as well to this one: “[I]deas are merely toyed with, not thought through. Questions are raised then abandoned casually. There’s a vital playfulness at work here, one that dares to explore a plenitude of options, but a lack of necessary seriousness is also on display, one that won’t let ideas ripen or pursue them to their conclusion. It’s as if one tried on clothes for hours at a time without deciding which ones go together.”

If Anicoche represents the theater director as game master, his reworking of “The Bacchae,”  “Godot” and “R.U.R.” for Tanghalang Ateneo shows us the pitfalls of that approach. He might want to consider training his energies on telling a compelling, coherent story rather than letting his own brash inventiveness get the best of him.